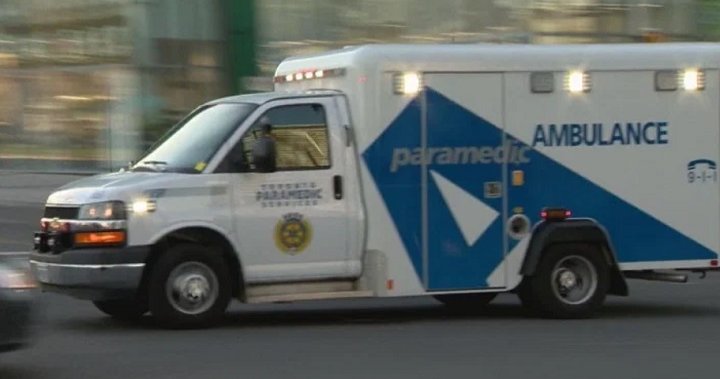 Two people have been injured, one of them seriously, after a crash in Toronto Tuesday afternoon.

Toronto police said emergency crews were called just after 2 p.m. to the area of Queen Street West and Brock Avenue, which is west of Dufferin Street.

Police said there was a two-car crash and one of the cars jumped the curb, while the other went into a building.

A pedestrian was struck in the incident, police said, and serious injuries were reported.

Toronto paramedics said a man was taken to a trauma centre with serious but non-life-threatening injuries.

A second patient was taken to a local hospital with minor injuries, paramedics said.

Roads were closed in the area.