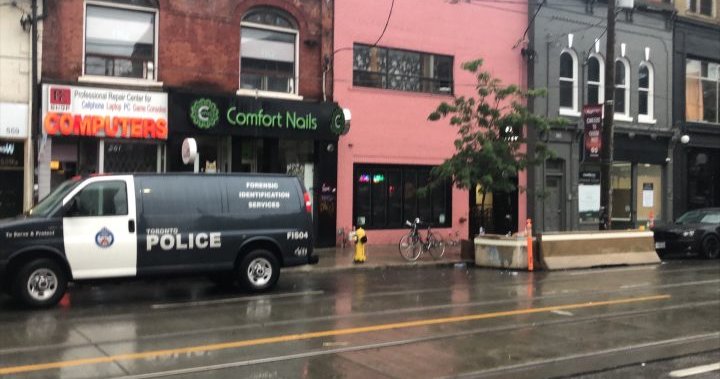 Three people were taken to hospital after they were found suffering from gunshot wounds inside of a downtown Toronto nightclub, police say.

Toronto paramedics told Global News they took two people to a trauma centre with serious injuries, and one person to a local hospital with minor injuries.

Police said two of the victims were male and the third female.

All of the injuries were deemed non-life-threatening, police added.

Anyone with information can contact police or Crime Stoppers.