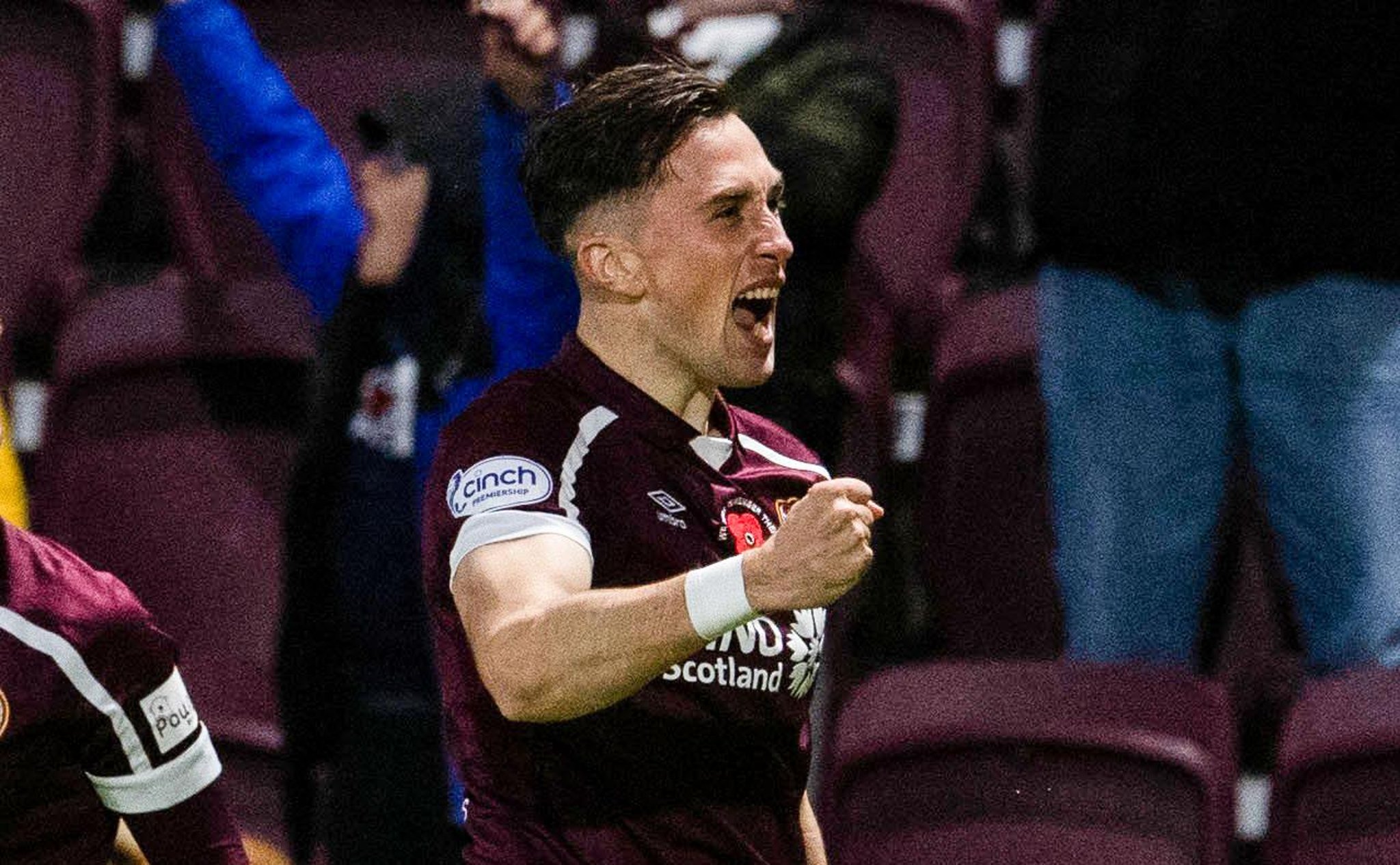 And, Aaron McEneff proved to be that special something, once again proving his worth from the bench and adding to the body of evidence that suggests he could be worthy of more.

The teams had been battling it out for 67 minutes by the time the Irishman joined an enthralling Scottish Cup tie and there was nothing to separate them at that stage.

But, in what proved an inspired substitution, the midfielder took less than 30 seconds to turn the match in Hearts’ favour and book another Hampden Scottish Cup semi-final – their third in four seasons.

“The ball has just hit off my knee and gone in the net!” he said. “What a feeling. I’m just glad I could help the team get through to the semi-finals.”

Impressing in training, he had been pencilled into start until manager Robbie Neilson considered the lack of attacking options from the bench and gave Peter Haring the start instead, aware of the attacking drive the 26 year-old could provide as a substitute. That instinct paid off.

In the first of the cup quarter-finals, Hearts had taken control of the open and competitive tie, as Beni Baningime stabbed home his first goal for the club in the 16th minute and then Haring doubled the tally on the half hour mark. But they allowed their Paisley guests to come back at them, Eammon Brophy igniting the comeback nine minutes before half-time and Connor Ronan adding a wonder goal in the 62nd minute.

But thanks to McEneff, the visitors’ joy was short-lived and then Ellis Simms added a four five minutes from the end to give Hearts the progress they deserved.

“I also scored after a minute or two for Shamrock Rovers, that was a cup semi-final,” said McEneff.

“When I do get on the pitch I do try to affect the game, I like scoring goals. It doesn’t matter how they go in, as long as they do. The manager said to be positive and get on the ball, to try and affect the game, but the last thing he said was just go and enjoy it.

“To be honest, the last few years, I’ve scored goals every season wherever I’ve played. It’s obviously great to score here at Tynecastle in front of the fans, but more importantly to score such an important goal.”

Now just two games away from possibly lifting the trophy, McEneff and his team-mates know that as well as silverware, there is the added bonus of direct access to the group stage of European competition for the winners.

“All the boys are aware of that. As a player, you want to win things in your career. I’ve won things before and I want to continue winning things because that feeling of lifting a trophy, you can’t really describe.

“The gaffer mentioned before the game that we want to make it a special season. He also mentioned that in the last 65 years only three Hearts teams have lifted the cup, so that’s a massive goal of ours. It would be a special achievement.”

A message from the Editor: Thank you for reading this article. We’re more reliant on your support than ever as the shift in consumer habits brought about by Coronavirus impacts our advertisers. If you haven’t already, please consider supporting our trusted, fact-checked journalism by taking out a digital subscription.