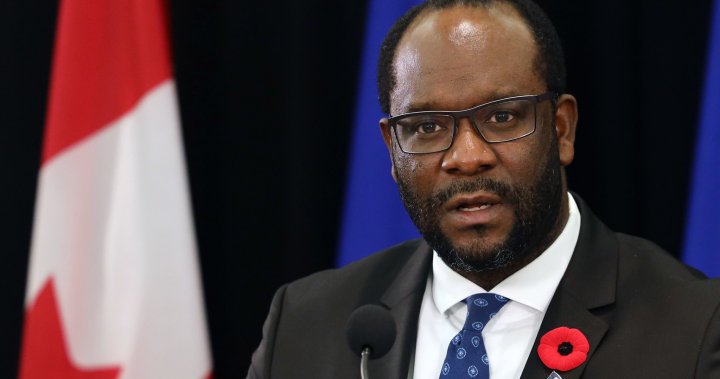 Alberta’s Minister of Labour and Immigration and MLA for Edmonton-South West stirred up some controversy on Twitter Tuesday afternoon.

Following the news that Canada may be set to drop vaccination mandates at the border, Kaycee Madu took to social media to share his thoughts on the matter.

“It never was about science but about political control and power,” Madu tweeted. “Thanks to all those citizens, freedom convoys, who had the courage to mobilize against these tyrannical policies. They endured a lot hate, name calling, suffered and vilified on behalf of all of us. I thank them!”

It never was about science but about political control and power. Thanks to all those citizens, freedom convoys, who had the courage to mobilize against these tyrannical policies. They endured a lot hate, name calling, suffered and vilified on behalf of all of us. I thank them! https://t.co/E9talumDtW

Just hours after being published, the tweet garnered a flurry of responses and more than 200 likes. But the overwhelming majority of the more than 600 replies seemed to admonish the minister for his words.

Duane Bratt, a political scientist with Mount Royal University, challenged Madu’s tweet, pointing out he  was part of the government throughout Alberta’s COVID-19 response that saw mandates and lockdowns.

“(Madu’s) not just a former justice minister, he’s still in cabinet and was in cabinet throughout COVID,” Bratt told Global News on Tuesday evening. “Were the federal COVID restrictions about political control and not about science? What about the provincial restrictions that he was a part of? Were those for political control and not about science?

“I think that’s the important question to ask. Especially someone whose job it was through most of that period was to enforce those COVID restrictions. Did he believe those restrictions were unjustified at the time?”

Kaycee Madu reflects on his journey to justice minister: ‘Racism is real’

Bratt added that he believes Madu’s comment was related to the upcoming UCP leadership race.

“I think this is less about caucus than it is about the UCP leadership race. He has endorsed Danielle Smith,” Bratt said.

“The real basis of her campaign is about opposing COVID restrictions. Both in the past and in the future.”

Does your support of freedom convoys include the one that shut down the border crossing at Coutts? Several of those individuals have been criminally charged with major offences. Were they the good guys?

Madu was in cabinet when COVID restrictions were first introduced and was justice minister for the province throughout much of the pandemic response.

Global News reached out both Madu and Premier Jason Kenney’s office for comment but had not heard back at the time of publication.