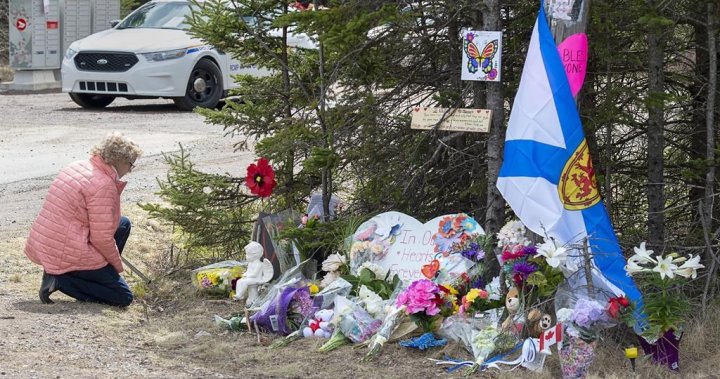 Now we’re getting somewhere. After two weeks of mostly tangential testimony, presentations and arguments, the public inquiry tasked with investigating the Nova Scotia shooting spree has decided it will call RCMP officers and the gunman’s common-law spouse to testify.

Public hearings, which began on Feb. 22, are meant to help explain the shootings and inform the inquiry’s recommendations aimed at preventing similar tragedies in the future.

But until last Wednesday, when lead commissioner and former Nova Scotia chief justice Michael MacDonald hit the metaphorical reset button, it wasn’t clear that anyone who actually witnessed the events of April 18-19, 2020, would be called upon to testify in person.

“This is the trauma that we live every day,” said Ryan Farrington in a video post added to Facebook last Monday.

RCMP union argues officers should not be made to testify at N.S. shooting inquiry (March 2, 2022)

Farrington’s parents Frank and Dawn Gulenchyn were murdered by the gunman in Portapique. Their home was also set on fire by the gunman and completely destroyed.

“I’m begging you, please, call the witnesses that need to be called. Let’s work together, let’s get these answers,” he said. “Because I don’t know what else to do anymore.”

The long-awaited public hearings into the shooting spree started with a roundtable discussion about life in rural Nova Scotia that touched on the quaintness of giving casseroles to neighbours and directions based on landmarks instead of street names. There was no mention of gun culture or the prevalence of domestic violence in the region.

The inquiry’s version of what happened in Portapique, where Gabriel Wortman assaulted his spouse before killing 13 neighbours and then moving on to kill nine more people across the province the following day, was then offered to the public in the form of several “foundational documents” and a series of presentations.

These accounts were based on eyewitness testimony, interviews with RCMP officers who responded to Portapique and their commanding officers, 911 transcripts, audio recordings of police radio transmissions, and more than 40,000 pages of subpoenaed documents.

All of this work was done behind closed doors and before public proceedings got underway. The victims’ families and their lawyers were kept apprised of developments, as were the RCMP, but they had no opportunity to cross-examine witnesses or challenge evidence in an open and transparent way.

The public was also kept in the dark about this process. The inquiry insisted that its foundational documents needed to be as complete as possible before sharing them with the public and that public hearings couldn’t begin until this work was done.

There have also been serious questions about the inquiry’s “trauma-informed approach” and whether it would allow police officers and other first responders to avoid testifying live and under oath.

The National Police Federation, which represents front-line RCMP officers, argued its members couldn’t give live testimony because doing so would be too traumatic. The union said the potential for retraumatizing the officers by making them appear in person needed to be balanced against the inquiry’s trauma-informed mandate and what, if any, new information would be gained from their testimony.

“(Officers) wish to be helpful. In fact, they wish so much to be helpful that they may be willing to extend themselves beyond what is appropriate for their own wellness,” police union lawyer Nasha Nijhawan told the commissioners.

MacDonald ruled against the police union, deciding RCMP officers will be asked to testify.

“A trauma-informed approach does not automatically excuse someone from testifying,” he said. “But rather seeks to create conditions in which testifying will be less traumatic.”

Adam Rodgers, a lawyer who was involved in another recent public inquiry in Nova Scotia, said questions about who would and wouldn’t testify were allowed to “fester” by the commission. He said this undermined public confidence in the process and discouraged victims’ families and other participants.

The commissioners hadn’t previously defined the term “trauma-informed approach” or explained how it would be applied to the proceedings, Rodgers said. It’s this ambiguity that paved the way for days of legal wrangling, when lawyers on all sides argued about who ought to be called as a witness.

“This question of the trauma-informed mandate of the commission was really out there and it was unanswered,” Rodgers said.

In Canada, police are asked to testify as professional witnesses in court cases involving violent and traumatic crimes all the time.

Michael Scott, a lawyer representing victims’ families, told the commissioners that accepting the argument that RCMP officers are too traumatized to testify could set a worrying precedent for Canada’s criminal justice system.

“Police have a very difficult job. Part of that job often requires testifying,” he said. “To suggest that these members be disqualified from testifying … is very concerning.”

How disbelief may have shaped RCMP response to Nova Scotia shooting spree (March 9, 2022)

Contrary to what lawyers for the RCMP argued, taking a trauma-informed approach to gathering witness evidence in Canada isn’t a novel idea.

The Desmond inquiry, which examined Canadian Armed Forces veteran Lionel Desmond’s killing of his wife, mother and children before taking his own life, used a trauma-informed approach and made accommodations for witnesses to testify in person, Rodgers said.

There’s also a specialized court in Nova Scotia that deals exclusively with cases of domestic violence and takes a trauma-informed and restorative justice approach to support victims of abuse and abusers who accept responsibility for their actions.

The Immigration and Refugee Board of Canada, the country’s largest quasi-judicial tribunal, has implemented a trauma-informed approach as part of its standard operating procedure. While not perfect (not all adjudicators adhere to these guidelines all the time), this framework allows vulnerable refugee claimants who’ve experienced war, torture, sexual assault and other forms of violence to testify in a way that doesn’t retraumatize them.

Wayne MacKay, a professor emeritus at Dalhousie University law school, said it’s also interesting that the arguments against first responders testifying in person came from the senior ranks of the RCMP and their lawyers, not the officers themselves.

In interviews with inquiry investigators, the three RCMP officers who first arrived in Portapique the night the killing spree began said they were willing to testify.

“We want to be as empathetic and appropriate as we can possibly be when dealing with people,” he said. “But we can’t get to a point where that is a complete bar to getting the job done.”

Commission should have ‘exhausted all options’ before subpoenaing members, RCMP union says (March 10, 2022)

And then there are the questions about the gunman’s common-law spouse Lisa Banfield and whether she would testify.

Until last week, Banfield was facing the prospect of a criminal conviction for allegedly giving the gunman ammunition in the weeks and months leading up to the killing spree.

At the time the charges were laid, the RCMP said Banfield had no idea what the gunman was planning and what the ammunition would be used for. Police also said that she was a victim of intimate partner violence and that she was assaulted by the gunman the night the killing spree began.

Banfield’s lawyers have argued these criminal charges meant she couldn’t testify. It wasn’t until prosecutors decided to move the charges to a restorative justice process — meaning they’ll eventually be dropped — that she agreed to participate.

Many people, including Rodgers and MacKay, question why these charges were laid by the RCMP in the first place and what public interest was served by pursuing them.

Banfield is perhaps the only person who can speak to the specific details of what happened immediately before the killing spree began. Statements made to police and released by the inquiry show she also has knowledge of the gunman’s past, including the severe childhood maltreatment he allegedly endured at the hands of his parents, and the history of domestic violence he perpetrated against her.

MacDonald has also said that it is indisputable that Banfield’s testimony will have significant value and that he and the other commissioners have always wanted to hear from her.

“This was a very bizarre charge to be laid in the first place,” Rodgers said.

What role public pressure had in persuading the commissioners to call witnesses to testify may never be known.

MacDonald has produced a list of more than 20 people who will be called to appear before the inquiry. The list includes the first officers to arrive in Portapique, their commanding officers, Banfield, and the senior-most members of the RCMP, including the now-retired Nova Scotia assistant commissioner Lee Bergerman and national commissioner Brenda Lucki.

MacKay said he believes this was a necessary decision because the public deserves to hear from these officers in their own words.

Why didn’t the RCMP issue an emergency alert after its highest level of critical incident response was initiated? Why didn’t the police properly contain the area around Portapique? And why weren’t details about the gunman’s identity shared until nearly 12 hours after the killing spree began? These are all questions that victims’ families and the public have said they want answers to.

These are questions only the police can answer, MacKay said, and they should answer them in public.

“If they hadn’t called the RCMP, it might well have been a death blow to the credibility of the commission,” he said.