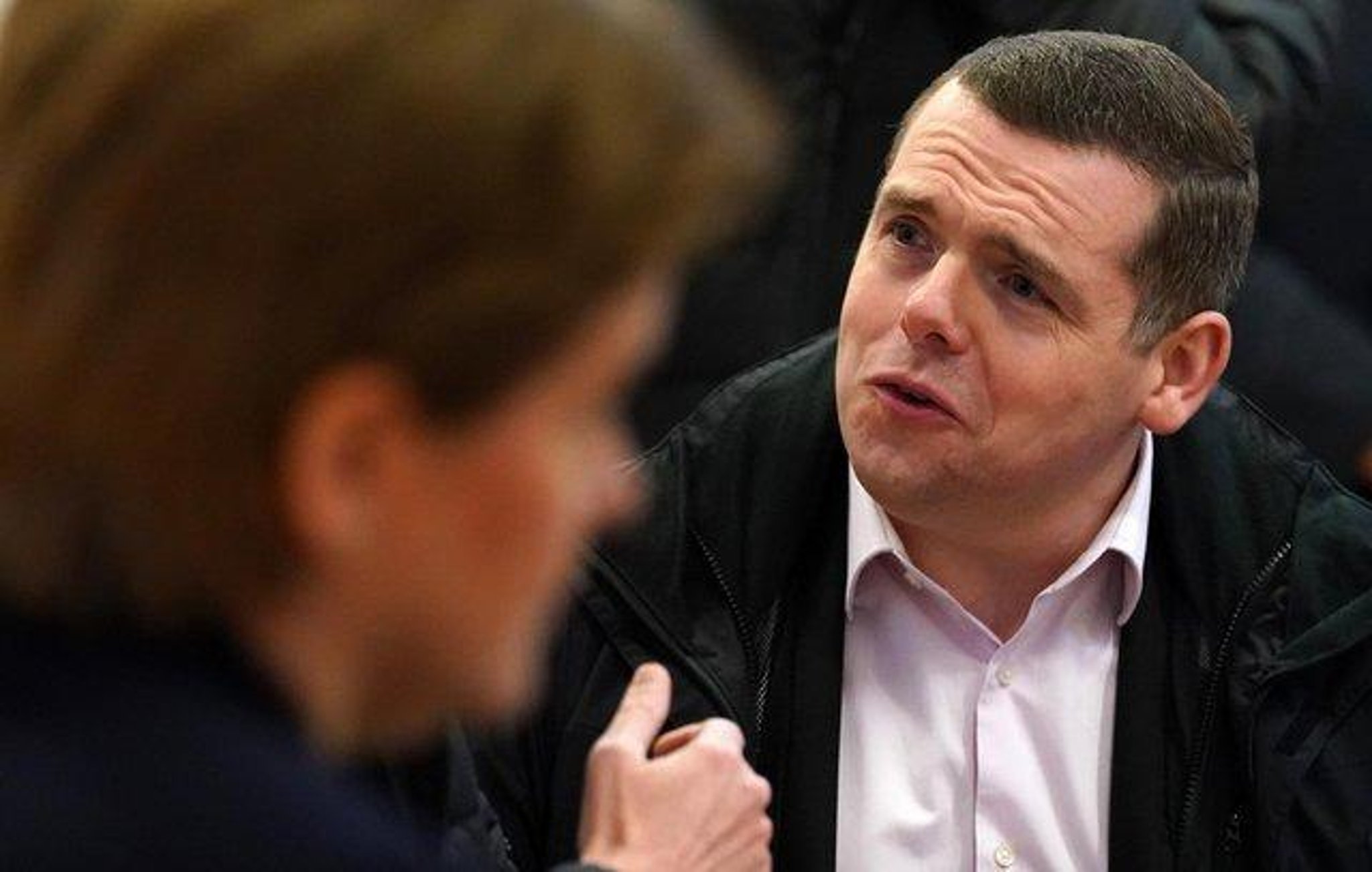 He then jumped on a Zoom call with journalists to address a different kind of mess altogether.

The Scottish Tory leader has blamed partygate for the losses his party suffered at the local elections.

But some internal critics are pointing the finger at him, too.

The Tories lost more than 60 councillors in Scotland and saw their overall vote share slump by almost six per cent.

Significantly, the party was overtaken by Scottish Labour, which secured 282 councillors to the Tories’ 214.

There are now reports of internal discussions about ditching Mr Ross.

“He has just lost all credibility,” one MSP told the Daily Record.

I may be wrong, but it seems unlikely these will come to anything.

For one thing, there aren’t many credible replacements waiting in the wings who would want the job.

For another, it’s hard to see how it would solve the party’s main problems: Boris Johnson and partygate.

More radical moves – such as splitting from the UK party – also don’t appear to have much support.

That’s not to say Mr Ross doesn’t shoulder some of the blame for these results.

He famously U-turned on his call for Mr Johnson to quit, citing the war in Ukraine and the need for stability.

It may be that Mr Ross genuinely believed this was the right thing to do in the face of a terrible, unpredictable situation.

But there is no doubt it left him open to accusations of lacking a backbone.

It has also created a situation where Mr Ross blames partygate for local election failure, but insists the Prime Minister should not be removed from office at this time.

As Tory MSP Liz Smith put it: “Douglas will have to explain the two sides of that coin.”

Mr Ross says his challenge now is to win back the trust and support of voters.

The truth is, this will be an uphill battle while Mr Johnson remains in Downing Street. After all, the fallout from partygate is far from over.

While Boris stays, the headache remains.

Cleaning up this particular mess will take more than a morning’s work.