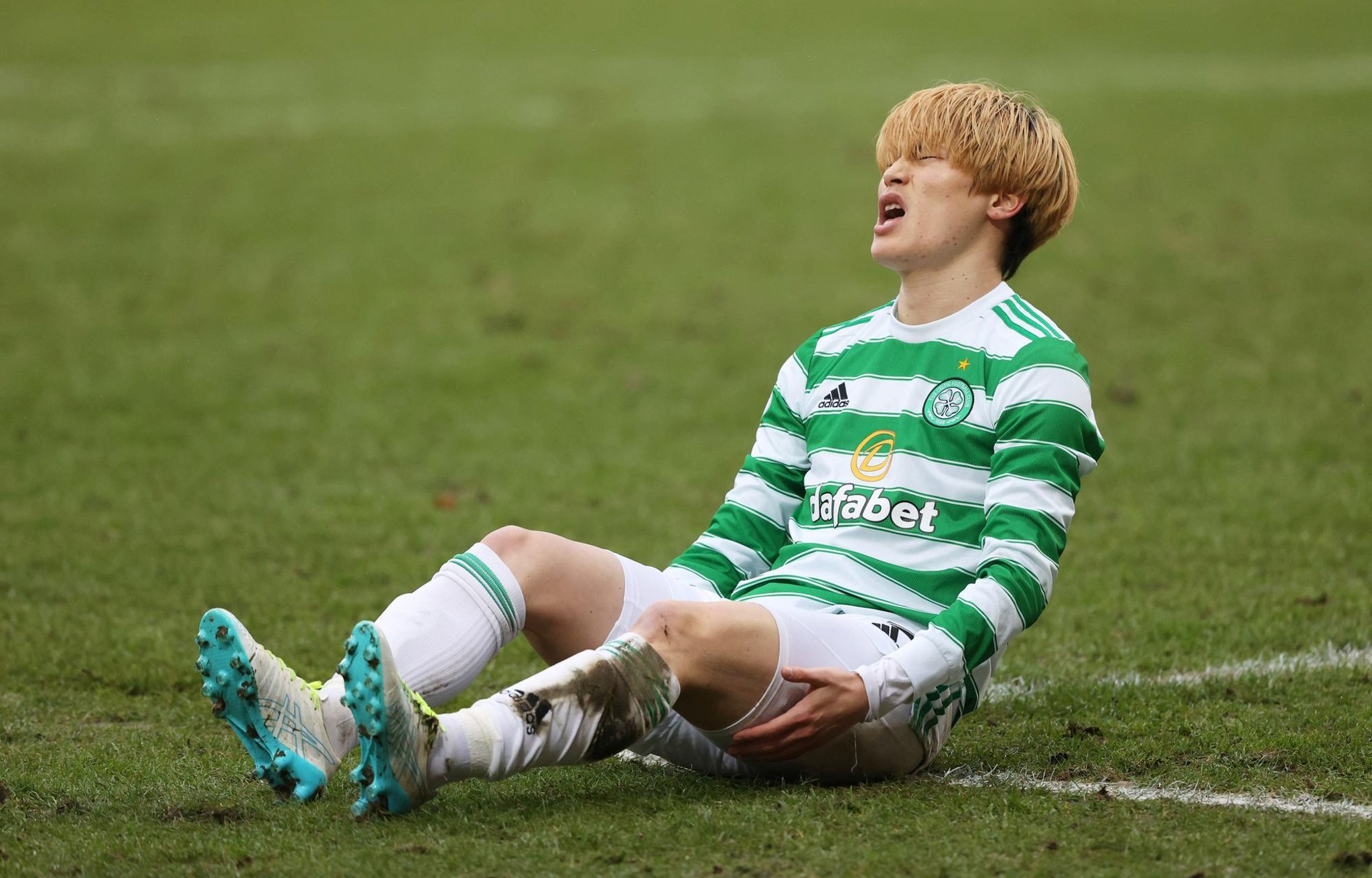 Celtic manager will not say whether or not Kyogo Furuhashi will require an operation on the hamstring problem that has sidelined him since Boxing Day. (Photo by Craig Williamson / SNS Group)

Except for closing that firmly shut if any line of questioning focuses on likely timescales for the returns of injured players, or whether they could require surgery to progress their rehabilitation. His standard line on current absentees Callum McGregor, Kyogo Furuhashi and David Turnbull is that they will be out “for a number of weeks”. No matter that 12 weeks or four weeks could equally be that number.

The Australian is unrepentant about a policy that breaks with football precedent, and sets him apart from the vast majority of football managers in the UK. To the 56-year-old, there would appear to be a rarely considered issue with patient confidentiality underpinning his reticence to provide a precis of what he will have been informed by the club’s medical department on the diagnosis and prognosis for any sidelined squad members. Regardless of whether that be McGregor’s facial injury sustained last Saturday, or the hamstring issues that had troubled Furuhashi for weeks before he broke down in Celtic’s Boxing Day win away to St Johnstone. The possible requirement for the Japanese striker to have an operation to resolve issues that first arose in September has filtered into the public domain again this week. Postecoglou, though, simply won’t engage with “rumours and stuff”.

“I said he [Furuhashi] is going to be out for a number of weeks,” the Celtic manager stated ahead of Saturday’s home match with Dundee United. “It’s a similar injury to Dave Turnbull and he’s been out for quite a while [after coming off in the League Cup final on December 19], so we expect a similar sort of recovery. I’m not going to talk about people’s medical procedures. That’s people’s private business.

“It’s not that I am saying he will or he won’t [require an operation], but my job is to tell you guys when potentially he will be back. I have to respect people’s privacy here and people shouldn’t be throwing around rumours and stuff. I’m sure you guys wouldn’t like your medical procedures to be played out in the public, and players are no different.”

Thank you for reading this article. We’re more reliant on your support than ever as the shift in consumer habits brought about by coronavirus impacts our advertisers. If you haven’t already, please consider supporting our trusted, fact-checked journalism by taking out a digital subscription.