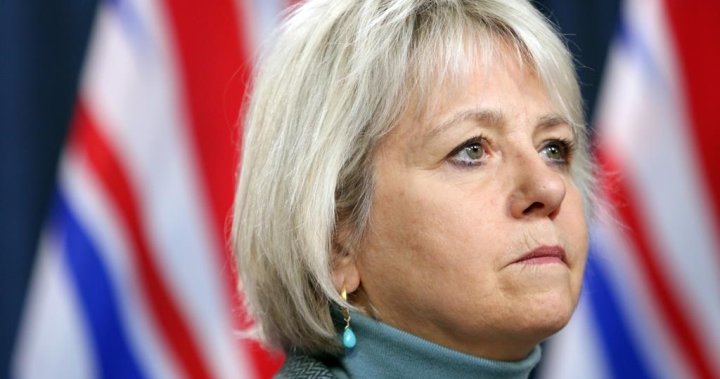 British Columbia’s top doctor says some COVID-19 restrictions on social gatherings are expected to be gradually lifted by Feb. 21.

Dr. Bonnie Henry said that’s possible in part because 90 per cent of residents aged 12 and over have received two doses of a vaccine, though more people need to get a booster shot for longer-lasting protection.

The most recent public health orders related to gatherings at sports events and concerts, for example, were set to expire on Feb. 16, and Henry said she will announce any changes a day earlier.

However, she said Friday that a complete reopening will not be possible because evidence from around the world suggests infections spread quickly without a phased-in approach, which is necessary as the pandemic is expected to continue for some time.

“New variants will surely emerge. Immunity will wane, whether that’s from infection or from vaccination. We know that there’s a seasonality, and next fall will bring the increased risk of transmission again. And we need to prepare for that.”

Henry said B.C.’s committee on immunization will be discussing a recommendation from its federal counterpart that children between the ages of five and 12 get a booster shot if they have underlying health conditions.

There are pros and cons in making that decision and more details will be provided at her next briefing on Tuesday, she said.

Henry said people have adapted through five waves of COVID-19 since B.C. identified its first infection two years ago, but seniors and people who are unvaccinated remain most at risk of contracting the virus.

About 40 per cent of deaths this month were related to outbreaks at long-term care homes, while those who died outside of those facilities were older and had other illnesses, she said.

A high proportion of them were unvaccinated, though younger people also died, including those who had been hospitalized for some time with the Delta variant, which caused more severe illness, Henry said, adding two people who died this week were in their 40s while others were younger.

Henry said the province is working on new guidelines for declaring outbreaks, including at long-term care homes, because the definition of an outbreak is shifting from being based on the number of infections to the particular situation at facilities where many employees may be off with a mild illness.

Figures from the Health Ministry show 51 per cent of children between the ages of five and 11 have received their first shot, but Health Minister Adrian Dix said more parents should be getting their kids vaccinated.

“This is critical. This is what we can do now, especially to contribute toward our collective effort.”

The province recorded another 2,137 cases of COVID-19 on Friday, though health officials have said limited testing capacity means daily numbers are up to five times higher.

Nine more people have died, for a total of 2,597 deaths since the start of the pandemic.

The Health Ministry says 990 people are in hospital, and 141 of them are in intensive care units.

This report by The Canadian Press was first published Jan. 28, 2022.

Note to readers: This is a corrected story. A previous version said restrictions could be lifted starting on Feb. 21.