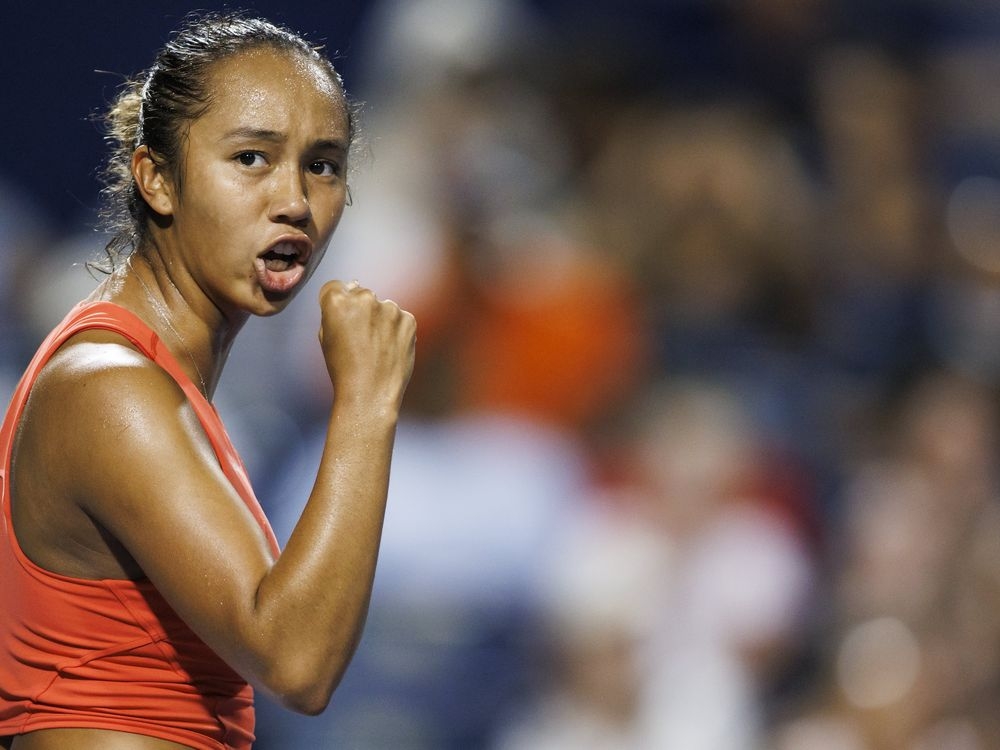 NEW YORK — For the six Canadians entered in the 2022 U.S. Open, the final Grand Slam tournament of the season is a place where they’ve created indelible memories, and also suffered crushing disappointments.

Their mission this year is to create more of the former and relegate the latter into their tennis rear-view mirror.

Leylah Fernandez, Felix Auger-Aliassime, Bianca Andreescu, Denis Shapovalov and Rebecca Marino in singles, and Gabriela Dabrowski in doubles, begin the quest on Monday to write a happy next chapter.

The USTA National Tennis Center was the backdrop for Fernandez’s star-making turn a year ago, when she reached the women’s singles final as an unseeded player and captured the hearts of tennis fans in Canada and around the world.

Fernandez upset three top-five players — including defending champion Naomi Osaka — on the way to an all-teenage women’s singles final. But she didn’t win a set in losing to Great Britain’s Emma Raducanu, who won 10 matches from the qualifying through to the title and whose Cinderella story eclipsed even the Montreal native’s own.

Fernandez, who will turn 20 during the second week of the tournament, has since risen to a world ranking of No. 14. She has signed multiple sponsorship deals and is now an established presence on the WTA Tour who is no longer the hunter, but among the hunted.

Her spring was a washout after suffering a stress fracture in her foot at the French Open, where her quest ended in the quarterfinals. She missed Wimbledon and didn’t return until the National Bank Open in Toronto two months later.

Fernandez comes into New York with just one match win in the two tournaments since her return.

“I think my initial thought when I first got here was, ‘Wow, it’s so big.’ I just felt like a little kid once again in its own playground trying to find its way, go to the courts. I was having so much fun,” Fernandez said ahead of her first-round match Monday night against No. 98-ranked Frenchwoman Oceane Dodin.

“I’m just going to enjoy my time here and hopefully we can go for a full two weeks. But we’re just going to take it one match at a time.”

Auger-Aliassime made an impressive run to the final four a year ago. But he failed to win a set as he bowed out to eventual champion and current No. 1 Daniil Medvedev in the semifinals, and will seek to write a better ending to his U.S. Open history.

The 22-year-old will face Swiss qualifier Alexander Ritschard in the first round Monday. But Medvedev looms in the quarterfinals.

“I know it’s there, but there are still four matches to win before getting there,” Auger-Aliassime said. “I’m getting close, he’s a tough player to beat, who’s been very difficult for me to play in the past.

“The last time (at the Australian Open, a five-set defeat) I was very close. So the next time, if it’s here, I hope will be the time,” he added.

For Bianca Andreescu, still just 22, it’s been a long three years since she defeated Serena Williams to win her first (and so far, only) Grand Slam singles title in 2019.

It’s been a struggle since then with injuries, the pandemic and time outs to take care of her mental well-being.

Still, Andreescu managed to reach the fourth round in her first time back in New York last year.

Currently ranked No. 48, Andreescu faces Harmony Tan, the obscure French player who ended Williams’s comeback at Wimbledon in the first round last month.

If she wins she could face No. 15 seed Beatriz Haddad Maia, the Brazilian who reached the National Bank Open in Toronto a few weeks ago.

For Denis Shapovalov of Richmond Hill, Ont., the return to New York also will bring back memories.

It was the site of his first major junior title, as he teamed up with his good friend Auger-Aliassime to win the 2015 boys’ doubles championship at age 16.

It was also where, after bursting onto the scene in Montreal in 2017 with a run to the semifinals that included beating the great Rafael Nadal, he went from the qualifying to the fourth round in his professional U.S. Open debut.

It’s also where he and Auger-Aliassime had the unfortunate luck to draw each other in the first round in both 2018 and 2019 (with Shapovalov winning both) and where he made a run to the quarterfinals in 2020.

For the fortnight, Shapovalov has enlisted the help of former coach Mikhail Youzhny, who was with him in 2020. The two parted ways after the 2021 season. He faces another Swiss player, Marc-Andrea Huesler, in the first round.

For Vancouver’s Rebecca Marino, now 31, this year’s U.S. Open will be the first time she has made it straight into the main draw on her own ranking since 2011. It was the site of her Grand Slam debut in 2010, after coming through the qualifying.

And it’s where she had a bucket-list moment in the second round as she faced Venus Williams on Arthur Ashe Stadium and drew praise from the tennis legend in a close two-set match.

Marino comes into the event with confidence after a quarterfinal finish in singles and a semifinal in doubles at last week’s new WTA Tour event in Granby, Que. She also defeated Williams in Washington, D.C. last month — 12 years after that first meeting.

In the first round she will meet Magdalena Frech of Poland, who defeated her twice in 2021.

Dabrowski, 30, is the No. 5 seed in women’s doubles with partner Giuliana Olmos of Mexico.

A year ago, in the early days of a promising partnership with Luisa Stefani of Brazil, her quest for a first women’s doubles Grand Slam title ended cruelly as Stefani suffered a painful knee injury in the first set of their semifinal against Americans Coco Gauff and Caty McNally.

But Dabrowski and Olmos have an opportunity to write their own chapter of history.