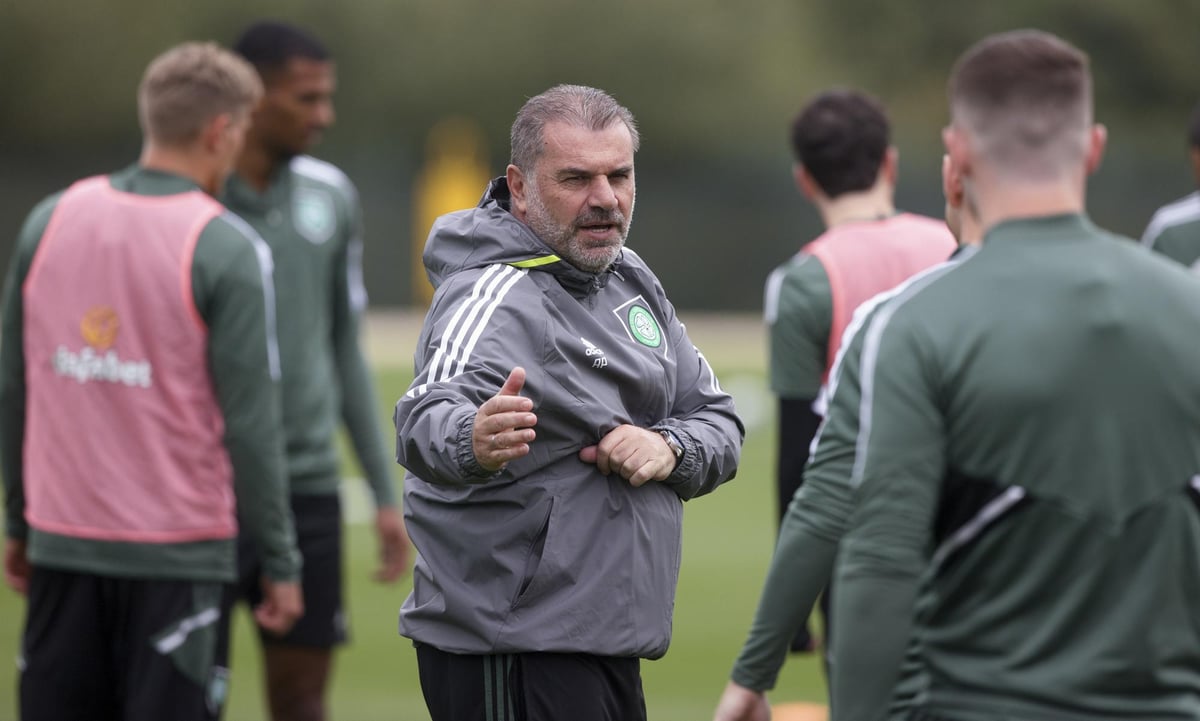 The pull of the Champions League has had a curious impact on a Scottish football phenomenon.

Celtic manager Ange Postecoglou makes a point during training and maintains his team will need to be on-point for their hectic schedule of four games in 11 days that will see them face Rangers and Real Madrid. (Photo by Craig Williamson / SNS Group)

Ordinarily, the first time the two tribes of Celtic and Rangers go at one another is trailed for weeks. Instead, the fact they meet in Glasgow’s east end next Saturday has been overshadowed by the pair – for the first time since 2007 – kicking off group campaigns in club football’s most glitzy tournament the following midweek. Ange Postecoglou’s men will then host no less than holders and glitteriest of the glitterati a week, Carlos Ancelotti’s team in town on Tuesday, while their Ibrox rivals pitch up to Amsterdam’s Johan Cruyff Arena for their curtain-raiser against Ajax the following evening.

The Celtic manager has a juggling act over the next fortnight that will see his team compete in three tournaments in some of the pressurised environments. And he has consistently stressed his desire for his team to be in the best possible form and state of mind before – what the fixture scheduling has now ensured – will be the most daunting of opening Champions League assignments. That means no slips as he manages his squad for four games in ten days that start with the visit to Tannadice to take on struggling Dundee United on Sunday. Three days later, the Betfred Cup holders will begin their defence of the trophy against Ross County in Dingwall before the derby comes calling.

In that fabled fixture they will confront a Giovanni van Bronckhorst team much changed from that they faced last season. Postecoglou doesn’t mind acknowledging that summer arrivals such as Antonio Colak, Malik Tillman and Tom Lawrence have made decent early impressions. He won’t play any games about what a Celtic manager ought to say, or shouldn’t dare say, about his club’s bitterest rivals. That extends to the fact that, with two wins and a draw apiece from their five encounters last season, he recognises that the outcome next week must be considered in the balance. Equally, though, that doesn’t prevent him being bullish over his belief in the Scottish champions capacity to tip that in their favour. Indeed, he makes no bones about expecting that to happen so long as they hit their stride. To that end, with four straight wins in the cinch Premiership thus far – to extend their unbeaten league run to 36 games – they have been ticking over nicely.

“They [Rangers] have had a turnover of players which they haven’t had in the last three pre-seasons, when they were building a team, with [Calvin] Bassey and [Joe] Aribo going,” the Celtic manager said. “[The pair] were significant players for them and they have brought in some players who have started pretty positively for them. Irrespective of that, they are going to be tough opposition for us. The games were pretty tight last year and I think they will be the same this year. From our perspective, we have to make sure leading into that game we are in good form and feeling positive about things, and make sure we reach the levels we know we can. When we play at our best, we are hard to stop, irrespective of who we are playing.”

Thank you for reading this article. We’re more reliant on your support than ever as the shift in consumer habits brought about by coronavirus impacts our advertisers. If you haven’t already, please consider supporting our trusted, fact-checked journalism by taking out a digital subscription.