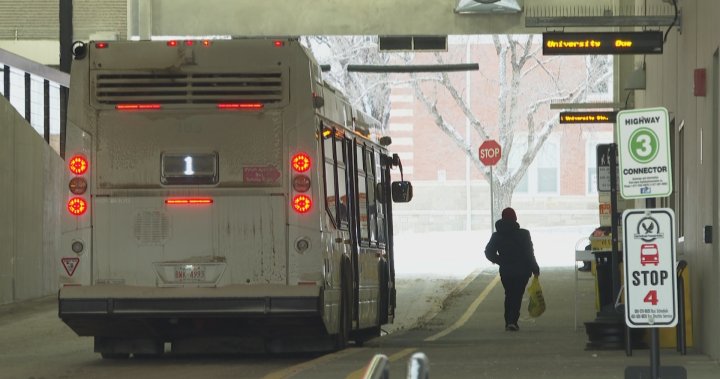 The City of Lethbridge launched its new cityLINK transit system on Aug. 25, 2021, and in the more than four months since it was implemented, the city has received plenty of feedback.

According to city staff at Thursday’s civic works standing policy committee meeting, 438 comments have been recorded since the change to cityLINK, the vast majority of which have expressed concerns.

Members of city council have also been flooded with complaints from citizens since August.

“From my ears, and from emails that I’ve gotten since the changes and during election — and even post-election — transit still seems to be the No. 1 issue in regards to the changes,” said Coun. Ryan Parker.

Parker said the complaints have not been about ride fares or drivers, but instead have begged the question: was the old service better?

“The issue has been, ‘Why did you guys change something that was so good?’” Parker said at Thursday’s meeting.

The new model is expected to save the city $350,000 a year, and functions using three delivery systems: a high frequency line running through main areas of the city, neighbourhood lines and on-demand lines in areas with no transit service.

Transit general manager Tim Sanderson said the growing pains were to be expected with such a drastic change.

“Everybody who uses transit, their trip has changed as a result of cityLINK,” he said.

“We were anticipating that we were going to hear a number of concerns from our customers. The primary ones that we are hearing are increased walking distance — because we don’t have large buses running down residential streets anymore — and then connectivity issues with people making transfers.”

The redesign is considered a pilot project at this time, but Sanderson’s department is recommending that the cityLINK network become permanent, with quarterly adjustments being made to reflect feedback.

Sanderson said despite the kinks that have needed to be worked through, the overall metrics on cityLINK look promising.

According to the report given to the civic works SPC, ridership has gone up 65.73 per cent, efficiency has improved by 74.25 per cent, the number of transfers has dropped by 28.44 per cent and transit’s on-time performance has jumped more than 26 per cent. Sanderson said those numbers are compared to the first half of 2021, with overall metrics now nearing pre-pandemic levels.

While the recommendation from transit is to make the change permanent, Sanderson’s department also offered two alternatives on Thursday:

In order to allow more time for public consultation, the civic works SPC voted unanimously on Thursday to postpone the approval of the cityLINK network redesign results to the Feb. 3 committee meeting.