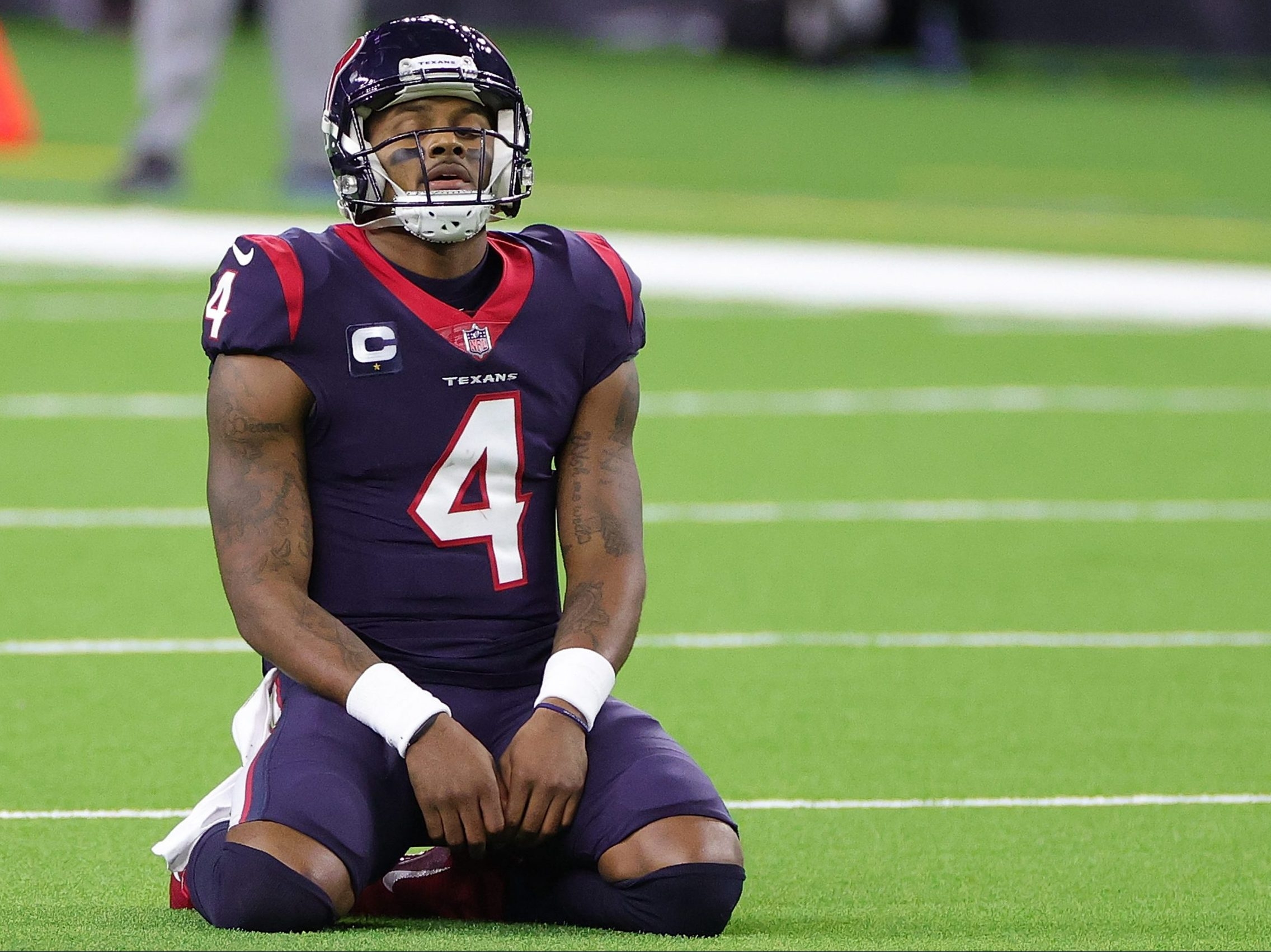 We knew it was coming, and we got it on Sunday.

The Cleveland Browns publicly rationalized their trade acquisition of quarterback Deshaun Watson from the Houston Texans on Friday, in a series of canned and carefully crafted statements.

Watson is the 26-year-old who, while greatly talented on NFL football fields, is greatly troubled off it. This, only a few years after having exited Clemson University in 2017 with a pristine reputation for off-field behaviour.

Those allegations wound up compelling the Texans to shelve Watson for the entire 2021 season, never dressing him for a game let alone playing him, as Houston police and the NFL conducted separate investigations.

On Sunday, Browns brass suggested they did their own due diligence, and implied they were satisfied with what they found — no matter how furrowed everybody else’s one eyebrow is.

“We spent a tremendous amount of time exploring and investigating the opportunity to trade for Deshaun Watson,” Browns owners Dee and Jimmy Haslam said in a statement released by the club. “We are acutely aware and empathetic to the highly personal sentiments expressed about this decision. Our team’s comprehensive suggested evaluation process was of utmost importance due to the sensitive nature of his situation and the complex factors involved.

“We also understand there are still some legal proceedings that are ongoing and we will respect due process.”

The Haslams then said it was “pivotal” that they and the club’s football leadership of GM Andrew Berry and head coach Kevin Stefanski met with Watson last week, “to have a straightforward dialogue, discuss our priorities, and hear directly from him on how he wants to approach his career on and off the field.”

No doubt Watson said everything the Browns wanted and needed to hear, along the lines of, “I always will be a model citizen,” etc., etc.

Whatever, it was sufficient.

Continued the Haslams’ statement: “He was humble, sincere and candid. In our conversations, Deshaun detailed his commitment to leading our team; he understands and embraces the hard work needed to build his name both in the community and on the field.

“Those in-depth conversations, the extensive evaluation process, his dedication to being a great teammate — and devotion to helping others within the NFL, within the community and through his charitable initiatives — provided the foundation for us to pursue Deshaun.”

GM Berry, in his statement, echoed that the Browns had “done extensive investigative, legal and reference work over the past several months to provide us with the appropriate information needed to make an informed decision” as to whether to pursue Watson.

“We are confident,” Brown concluded, “that he will make positive contributions to our team and community as we support his return to football.”

Added head coach Stefanski: “Our organization did a tremendous amount of background on Deshaun. We understand the concerns and questions that exist, but are confident in the extensive work (the Browns did) to feel confident about him joining our organization.”

So yeah. More superlatives-soaked selling than a 3 a.m. infomercial.

Reports said that at his first deposition, March 11, Watson over three hours cited his U.S. Fifth Amendment protection against self-incrimination each time in not answering literally hundreds of questions posed to him by the Houston lawyer representing all 22 civil plaintiffs, Tony Buzbee.

No matter how Watson’s civil-suit allegations wind up being resolved — probably with Watson, now considerably richer, drawing deep into his new quarter-billion-dollar reserve and handsomely paying off all his accusers out of court — there’s still the NFL’s own investigation.

The league was quick to remind us all within an hour of Friday’s blockbuster trade leaking that its probe is taking the nearly two dozen allegations against the young man seriously: “If the league’s investigation determines that Watson violated the (NFL’s) personal conduct policy, discipline may be imposed.”

Let’s just hope any such discipline won’t impinge on Watson’s devotion to helping others within the NFL, within the Cleveland community and through his charitable initiatives.

If you missed it Saturday, the Los Angeles Rams extended quarterback Matthew Stafford’s contract. He’ll now presumably end his career as a Ram.

That’s a new-money average of $40 million per year, and $63 million is fully guaranteed.

See, you get that kind of reward coin fresh off winning your team a Super Bowl. Actually, you can get a lot more if you sit out the previous season amid a score of sexual-misconduct allegations — but let’s not go there again.
TITANS ACQUIRE BROOKS

Tennessee obtained wide receiver Robert Brooks from the Rams in a weekend trade, for a 2023 sixth-round draft pick.

Brooks tore an ACL in early November, and probably won’t be at full speed during this summer’s Titans training camp.

Tennessee hopes to find in Brooks — a fantastic, versatile wideout and an even better locker-room leader — what it didn’t get from ex-Atlanta superstar Julio Jones.

JUJU ON HIS NEW ROLE

“You’ve got Tyreek and Mecole, speedster guys who can run down the field,” Smith-Schuster said. “I’m the type of guy (who has) great hands, a little bit like Travis — great hands, big dude that can run and block, (be) physical in the run game. There’s so much I can do to help this team.”

Cornerback Rasul Douglas, who burst out of nowhere as a street pickup to star in Green Bay’s secondary down the stretch last season, re-signed with the Packers for a reported three-year deal worth $21 million … Running back Rashaad Penny agreed to return to Seattle on a one-year deal, NFL Network said … Linebacker Kamu Grugier-Hill is remaining in Houston … Offensive tackle La’el Collins, cut late last week by Dallas, visited Cincinnati on Saturday without immediately striking a deal … Miami reportedly was hoping to sign the top unrestricted free agent this month, ex-New Orleans left tackle Terron Armstead.

John Kryk now writes a weekly newsletter on NFL matters. Content is exclusive to that platform. You can have it automatically dropped into your email inbox on Wednesdays simply by signing up — for free — at https://torontosun.com/newsletters/