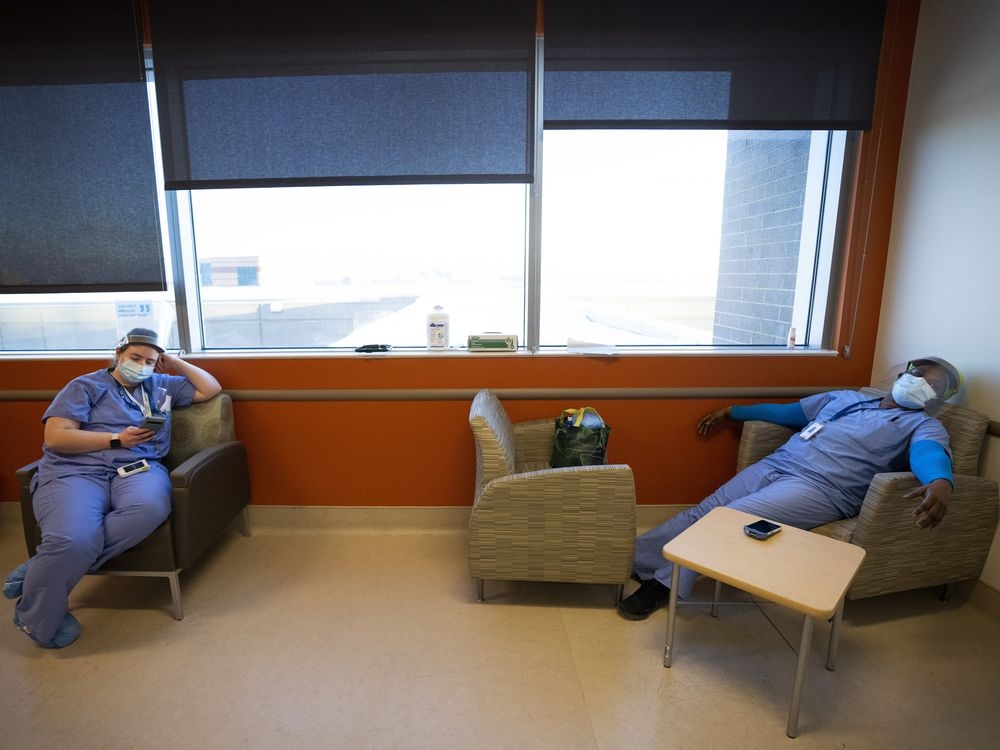 TORONTO — Groups representing thousands of public sector employees will be going up against the Ontario government in court this week as the two sides argue over a law that has capped wages for workers.

The groups are challenging the constitutionality of Bill 124, a law passed in 2019 that limits wage increases at one per cent per year for Ontario Public Service employees as well as broader public sector workers, including nurses and teachers.

The provisions of the bill were to be in effect for three years as new contracts were negotiated, and the Tories had said it was a time-limited approach to help eliminate the deficit.

Critics have long called for the bill to be repealed, saying it has contributed to a severe nursing shortage.

The province has refused those calls, although the premier has said the government will negotiate fairly when contracts affected by the bill expire.

The case is set to be heard in Toronto over 10 days, starting Monday, and involves 10 applicants — largely unions who represent teachers, nurses, public service employees, universities and their faculty and engineers, among dozens of other professions.

The groups argue the bill violates a section of the Canadian Charter of Rights and Freedoms that protects meaningful collective bargaining.

“Bill 124 imposes restrictions on all forms of compensation and has undermined nurses’ bargaining power during a crisis shortage of their skilled labour, exacerbated by a global pandemic, that would otherwise have amplified that power,” lawyers for the Ontario Nurses Association wrote in its factum filed with court.

The province, for its part, argues the bill does not violate the Charter.

The nurses group also argues the bill is discriminatory against women and violates sex and gender equality in two other sections of the Charter. The nursing association notes more than 90 per cent of its members are female.

The union representing Catholic teachers argued the bill “uses legislative powers to avoid bargaining in good faith the most fundamental term of employment to teachers — the compensation they receive in exchange for their labour.”

The groups claim there was a lack of meaningful consultation prior to the bill being introduced in the legislature.

The province, meanwhile, argues that the law does not interfere with meaningful collective bargaining and doesn’t prevent negotiations on compensation matters.

“The effect of Bill 124 is solely to foreclose one particular bargaining or arbitral outcome: compensation increases of more than 1 per cent per year during the three-year moderation period,” the province wrote in its factum filed with court.

“The Charter does not guarantee unlimited annual raises for public sector workers.”

The province argues it consulted in good faith with the groups between the introduction of the bill in June 2019 and second reading of the bill in November 2019.

It also argues the bill does not interfere with the groups’ ability to bargain for job security, benefits and seniority.

The province further says the bill is not discriminatory.

“There is no evidence of a link between an employee’s sex and the application of Bill 124,” the province wrote.

It argues the law balances the interests of public sector workers who want wage increases with taxpayers who pay for those raises and the public who relies on the critical services of those workers.

The province, which wants the case dismissed with costs, argues the court should not weigh in on the matter, as it’s a political one.

“The court should decline the invitation to assume judicial control over public sector compensation expenditures,” the province says.

The groups taking the government to court want the law deemed unconstitutional, along with damages and costs. They also want an order that any affected collective agreements be set aside and returned to bargaining.