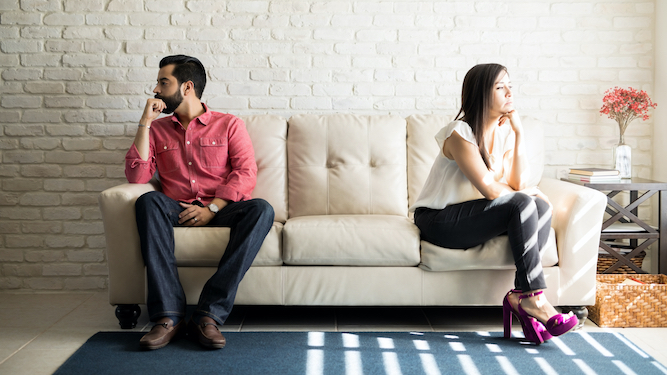 A COUPLE who thinks scheduling lovemaking is shamefully bureaucratic never, ever have sex, it has emerged.

Long-term partners Steve Malley and Joanna Kramer are appalled at the idea of setting dates for their intimate relations days or even weeks in advance, calling it unromantic and embarrassing.

Joanna explained, “Sex is a heat-of-the-moment thing. It’s not something you organise in advance based on when you’re both free and won’t be too knackered. I mean, where’s the romance in that?”

“I have mates that have nights set aside for it and, for me, that completely kills the spontaneity. I told Tom at the beginning of our relationship that we’d never become one of those couples.”

Steve said: “I would agree with that if we ever had impromptu sex, but we don’t.

“In the early days it seemed mad that we’d ever have to organise it because we were banging non-stop. But it’s been months, so saying ‘Let’s have sex next Tuesday evening’ now seems better to me than never doing it at all.

“But if I say that Joanna will be pissed off and we might have to have a talk about our relationship. So I’ll keep spontaneously wanking in the shower.”