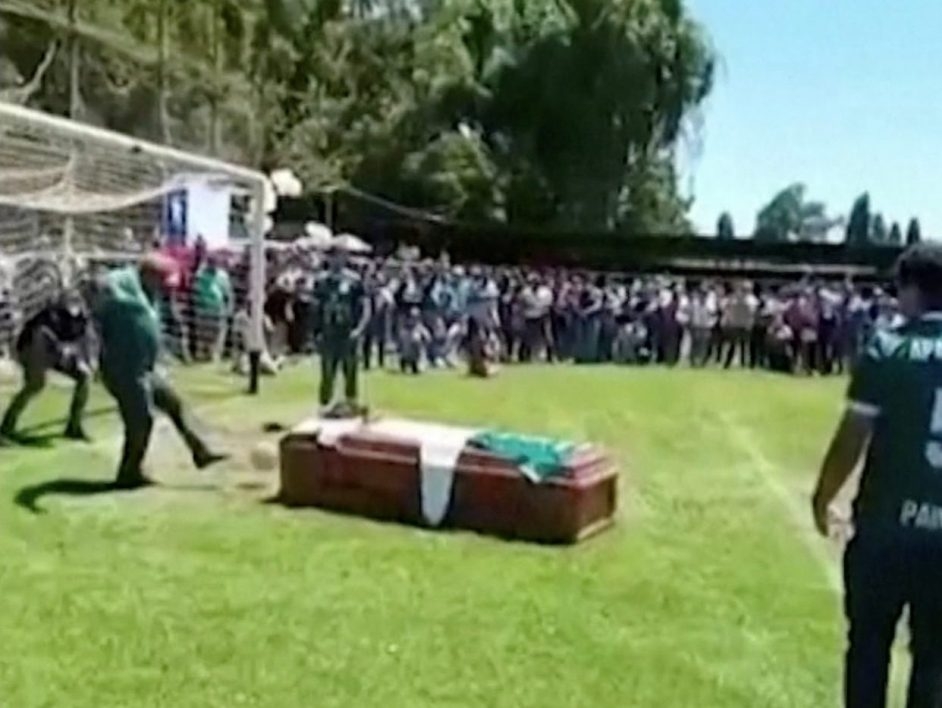 SANTIAGO — A dead Chilean footballer is being celebrated the world over after his former teammates arranged for him to score a goal from his coffin as a farewell tribute to his striking prowess.

Jaime Escandar died in the final days of 2021 but his friends with Chilean side Aparicion de Paine wanted to celebrate the life of the goalscoring forward.

They positioned his coffin in the six-yard box and a team mate kicked the ball onto the coffin so it would rebound into the goal. Dozens of onlookers cheered enthusiastically as the ball hit the net.

Some let off fireworks while friends dressed in Aparicion’s green shirt knelt and hugged the coffin draped with the team’s colours.

Although little was known about the man, the video filmed on Jan. 3 in Huelquen, on the outskirts of Santiago, quickly went viral with sites across Latin America highlighting the passion and devotion shown by fans.

“He brought us together,” said Felipe Orellana, who filmed the happy scene. “What he leaves us is that unity … We didn’t think (the video) would get shared all around the world because he was just an ordinary guy.

“A very different goal, one that was celebrated with pity and tears,” Escandar’s club said in a Facebook post, adding that the centre forward “celebrated from heaven with all his soul.”

“Your legacy will never be forgotten.”