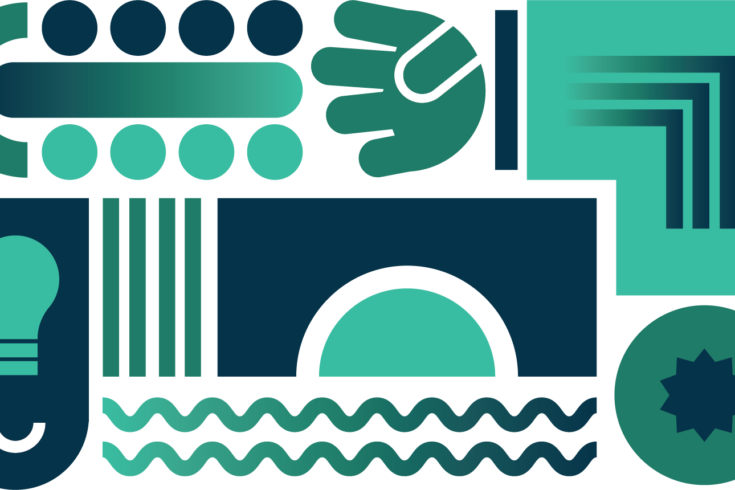 Imagination—it’s something taken for granted in children and cherished in adults. But there’s a grey area in between those two stages when young people are no longer children but haven’t quite settled into being grown-ups during which imagination, if cultivated, can help change the world.

Since co-founding TakingITGlobal in 1999, Jennifer Corriero and Michael Furdyk have been passionate about giving young people the opportunity to use their imagination to solve local problems. Their organization is focused on finding ways to empower youth and increase their civic engagement on both a local and international level. And while those ways have taken different forms over the years, microgrants have been an important part of its mandate from nearly the beginning.

When TakingITGlobal created its most recent program, #RisingYouth, in 2017, its goal was to offer easily accessible microgrants to young people aged fifteen to thirty in order to build their own communities from within—on their own terms. TakingITGlobal’s #RisingYouth program is funded by the Government of Canada under the Canada Service Corps. This funding allowed for the launch and expansion of #RisingYouth grants through a contribution agreement ending in October 2022.

“What made our program such a breakthrough was being able to convince the government to give the control and the creative direction to youth,” Corriero explains. “Because they are capable. They are capable of imagining futures—not only in their minds, but in action.”

Not too good to be true

When Carly Chartier first came across #RisingYouth grants she was already fully entrenched in the non-profit world as an employee of the Selkirk Friendship Centre, a community-led organization built in the 1950s to help struggling Indigenous families change their circumstances through training and support. She had grown up attending after-school programs there, transitioned to being a youth mentor while attending college for human resources, and began working for the centre full time after graduation.

Because of changes and cuts to the centre’s funding, some of the programs and activities offered in the past were no longer available, so Chartier was looking for ways to continue offering things at no cost to the community’s already-struggling youth.

“I came across #RisingYouth in the first few months of their launch and thought there’s no way this is legit, it’s far too accessible and easy to apply for,” she explained in an email. “Welcome to the non-profit world!”

Because the grants were for individuals, Chartier applied for one so she could run a moccasin-making workshop for students at a nearby school, using the funds to purchase supplies that could continue to be used in the future. To say this one grant had an impact on her community is an understatement—each student left the workshop with a pair of shoes they had made with their own hands. Not only that, when they showed them to family members, “their moms and kookums,” Chartier says, the beading on those moccasins inspired them to re-learn beading techniques they had been taught growing up. Now, it’s an activity they share as a family.

“That’s what it’s really about, you know. It’s a real impact,” she adds. “It’s not just a report, it’s not just a stat. It’s tangible things that are happening because somebody gave someone $1,000 to do [one activity].”

That one grant Chartier received inspired so many young people in her community to apply to #RisingYouth for their own projects—from ribbon skirt workshops to poetry events to groceries for elders in the community—that the Friendship Centre officially partnered with TakingITGlobal to help facilitate the grant process. And, as an alumna of the program herself, Chartier continued working with the organization as a consultant, providing important feedback from an Indigenous perspective.

In the world of government funding, something that isn’t discussed enough is the Eurocentric model on which it runs. Adhering to strict qualification guidelines, meeting application deadlines, and reporting results within a pre-determined timeline all limit who can apply for grants. For instance, in order for Indigenous applicants to qualify for funding from provincial grants to run a dance workshop in their community, Chartier notes, she needs to hire a certified dance instructor. There are no such certifications for traditional Indigenous dancing, however.

“It’s taught by elders and people pass it down. There’s not an Indigenous ballet ‘School of Dance’ where someone can go and get that certification.”

This type of gatekeeping imparts a European framework over an existing and completely functional one, rendering it meaningless, and it’s only one example. In order to truly create an equitable and inclusive society, granting bodies need to consider how accessible their grants really are. #RisingYouth worked hard to decolonize their process, and Corriero encourages other organizations to do the same and ask themselves the tough questions: What does it mean to decolonize funding? What does it mean to be accessible?

It was the accessibility of the application process that enabled Ivan Ngandjui Touko, Co-CEO of social enterprise and creative consulting agency La Connexional, to apply for his first grant with #RisingYouth. Originally from Cameroon, Touko found that his English was not as solid as his French when he first arrived in Edmonton, and the fact that applications were completely bilingual allowed him to convey his answers more easily.

“Not a lot of grants have that built in,” he explains. “Even today, as an artist there are still a lot of grants that don’t make it easy to apply in French, which is really tough when I need to express my thoughts using words I’m not very familiar with.”

The impact of #RisingYouth grants – not just on grant recipients, but on those they helped – is nearly impossible to measure. Like a pebble that’s dropped into a pond, the ripples of these small grants can reach far and in all directions. Here are just a few of the numbers that show how important #RisingYouth has been as a program to youth across Turtle Island.

Number of microgrants #RisingYouth has given out to projects led by young Canadians.

The year #RisingYouth was established.

Like Chartier, Touko made use of multiple #RisingYouth grants to build up his community. First to host an African dance workshop through La Connexional and more recently to host the first anniversary of Edmonton’s first-ever Black-Owned Market (BOM YEG), another initiative he helped build through La Connexional.

Corriero points out that while the money TakingITGlobal provides through its grants is an important part of the projects they help fund, she believes an even bigger part is the community support and belief in these young people that the grants engender.

“So much of what we’re doing is about, ‘I believe in you as a person and what you’re trying to do. I believe in your project, and I’m going to give you this ticket. Here’s your ticket, go for it, you can do it,’” she says. “There’s a lot of strength that people are bringing, in fact, to these projects. With Carly and Ivan, they’re accessing more [grants] but they’re bringing their whole community forward and we’re just standing beside them.”

“TakingITGlobal has done an amazing job of reaching out to youth and making it easy to apply for grants, and with the support system that they include with the grants.”

Looking into the future, while the #RisingYouth program is drawing to a close, it will always be recognized for its pivotal role in developing and advancing micro-grants as part of the Government of Canada’s Canada Service Corps Program. The #RisingYouth initiative establishes a solid foundation for future micro-grants that will be funded by the Canada Service Corps, ensuring that thousands of young Canadians can continue leading exciting and innovative service projects in their communities.

TakingITGlobal—an organization that’s worked with both the public and private sectors for more than twenty years—will continue to find new ways to disrupt the youth grassroots funding landscape. It’s helped shift how people perceive youth, both in terms of their role in the community and their capabilities.

Moving forward, both Furdyk and Corriero want people to consider how they can expand their support for youth-led action in whatever ways they’re able, starting with the youth in their own lives and then moving beyond them to equity-seeking youth.

“I think about the relationship that people in positions of authority have with youth, and how that stage of your life is so formative,” Corriero says. “I want more people to consider their words and interactions with youth—how can it uplift? How can you listen more? It’s the power of an idea, the power of believing in people, the power of encouragement. People don’t realize how far that goes.”

Glynis Ratcliffe has written for Chatelaine and the Washington Post. She is working on a documentary about her grandfather’s experiences during the Second World War.