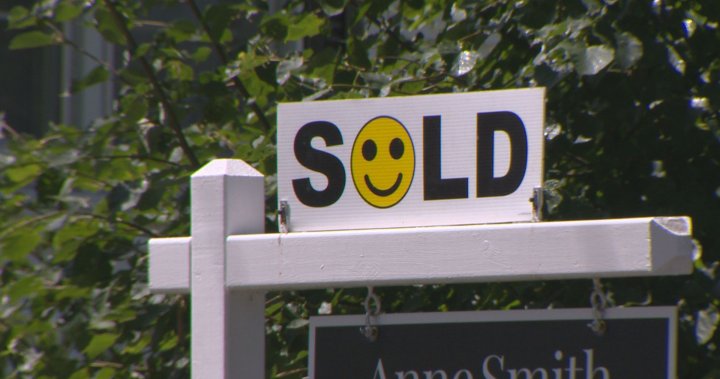 Real estate agents in New Brunswick say increases to the cost of borrowing are unlikely to drive down home prices in the province.

On Wednesday the Bank of Canada announced a one per cent hike to its interest rate to 2.5 per cent. Since February, the central bank has moved its lending rate 2.25 per cent as it looks to cool the economy and bring inflation back under control.

While there has been a small shift in the New Brunswick housing market, a pair of real estate agents say the interest rate hikes are unlikely to cause prices to fall.

“I don’t know that there’s as much upward pressure on price but there’s still pressure on demand,” said Mike Power, the president of Greater Moncton Realtors.

Power says interest rate hikes have begun to bring some balance to the market, but with the Moncton area still experiencing massive population growth, demand for homes remains high.

“People are still coming here because its a great place to live, because it has great value for the money and in the short and medium term I think that demand is going to hold and keep our market relatively stable,” he said.

“I don’t think you’re going to see a significant drop in market prices at least in the short and medium term.”

Fredericton saw a sharp decline in home sales from last June, falling 10.8 per cent. Sales in Saint John and Moncton fell around 3 per cent each.

Fredericton Real Estate Board President Michelle Morris says the market in the area has cooled a little bit, but is nothing like it was pre-pandemic.

“I’ve noticed in the past two or three months things have started to slow down a bit, but that means instead of 20 offers there’s 10, so the buyers are still out there,” she said.

Morris says that rising interest rates are hurting first-time home buyers the most and aren’t impacting interprovincial buyers, many of whom are paying cash for their new homes.

“A lot of buyers are coming from Ontario. They’re getting big dollars for modest homes,” she said.

“They’re coming here and getting twice the house for half the money.”

With so many buyers looking to move to the province or enter the market, there simply aren’t enough homes. Morris says that means prices are unlikely to drop.

“We still have a lot more buyers that we have sellers,” she said.

“So the rates aren’t really going to have that big of an impact on house sales and prices in our market.”