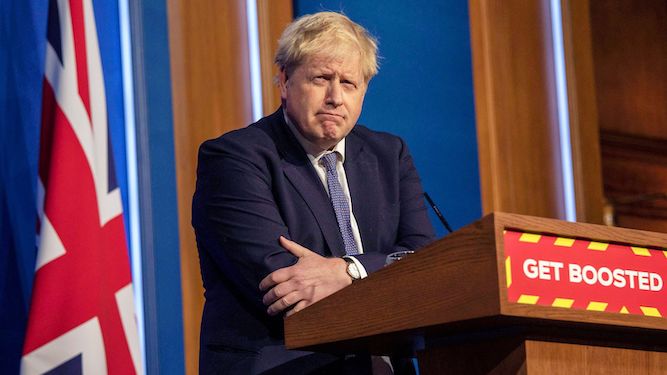 THE prime minister has been informed that ‘riding it out’ is doing nothing, does not amount to a plan and he should try again.

Johnson’s announcement that tests are scarce, the NHS is overwhelmed in places, and infections are at a record high so we must all continue as normal is not so much Plan B as Plan F**k It, the public has agreed.

A Downing Street insider said: “It contains none of the necessary criteria to warrant the title of a plan. It doesn’t even have a three-word slogan.

“Apparently we’re on a ‘war footing’. No we’re not. It’s like if Churchill said ‘just ignore the Nazi invasion, it only encourages them.’

“Given that the Brexit plan was to leave the EU and work out the details later we shouldn’t feign surprise, but surely we could do something. Why not copy Scotland, as usual?

“It’s not a plan, it’s a Keep Calm and Carry On cushion. It literally is. That’s where he got it from.”

Voter Bill McKay said: “It is not at all a plan, but I can’t take another f**king January lockdown so I’m happy going along with it.”