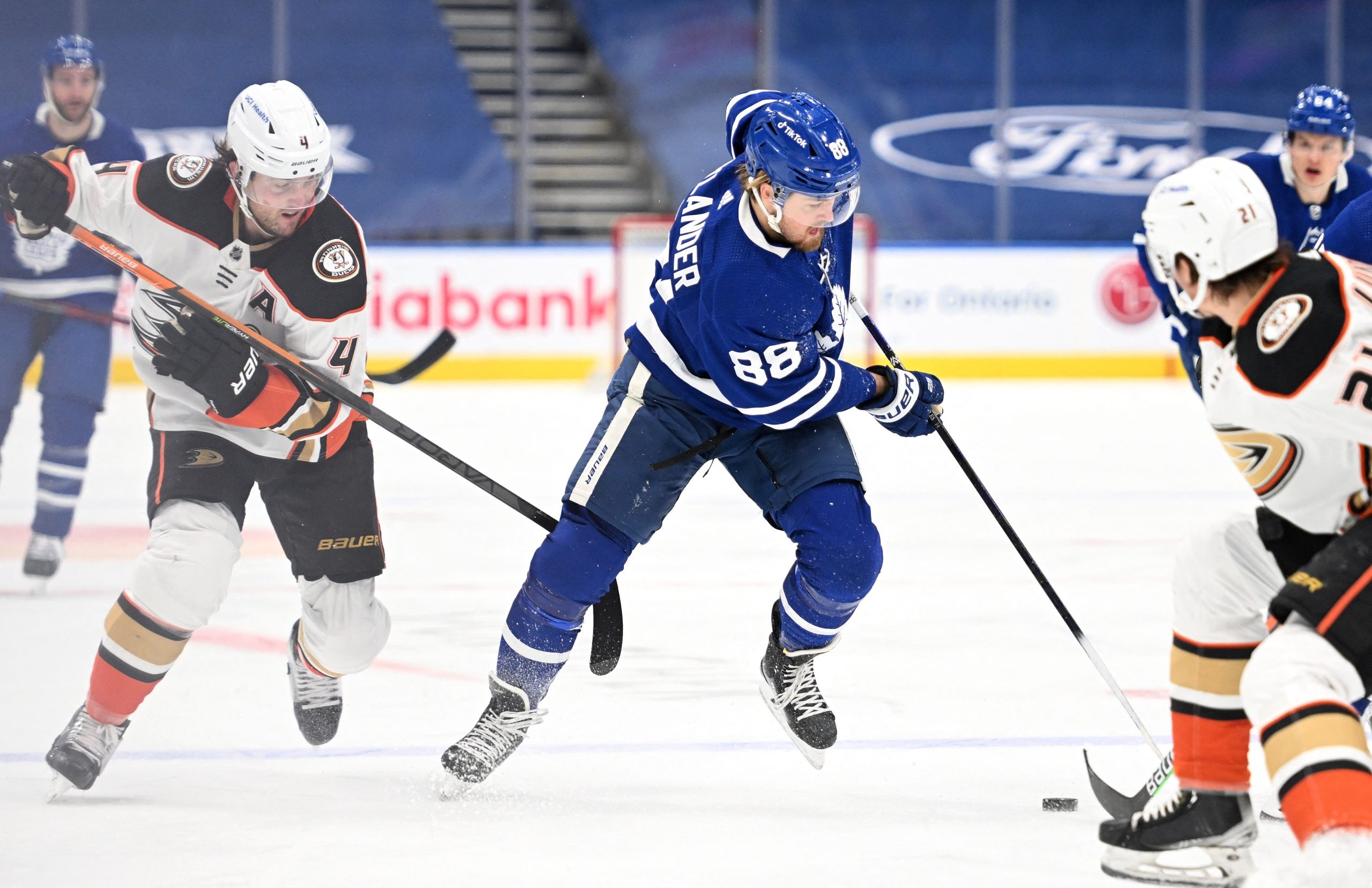 The Anaheim Ducks have been causing havoc in Atlantic waters of late and almost added the Maple Leafs to their list of victims.

Despite out-shooting the Californians 44-20 and scoring a season-high three power-play goals, the Leafs gave up a two-goal lead and had a couple of weird ones get past Jack Campbell. The goalie recovered to win a 4-3 shootout, his 20th victory of the season.

Anaheim’s loss came on the heels of beating Boston and Tampa Bay, which had helped the third-place Leafs in the division.

Ducks’ John Gibson deserved first star for his third period and overtime work alone, including a glove save on William Nylander and another in the shootout, but Auston Matthews and Jason Spezza had scored.

The jury is out on the Leafs’ latest line changes, but don’t unplug that power play. While new units will take some getting used to, if they stick at all, coach Sheldon Keefe’s front-loaded 30% efficient man-advantage mob did the damage in regulation.

Keefe had a new-look split of his three youngest snipers, placing Matthews, Mitch Marner and Nylander on three different lines. Matthews and regular right wing sidekick Marner were broken up, with Marner moving to John Tavares’s flank, while Nylander joined a third line with centre David Kampf and Alex Kerfoot.

“It will definitely be interesting,” Matthews said after the morning meeting. “We’re just exploring different options, different combinations, seeing what works and if guys can mesh with each other. We have a lot of depth. It’s a smart thing to explore at this point of the season.”

With a couple of exceptions, those attack chains stayed together. Gibson had to be good no matter what the Leafs’ lineup plan and made 15 mostly difficult saves in the first period. He was pitching a shutout until the first two power-play goals. Tavares blocked a hard Anaheim clear, the puck eventually went Nylander to Morgan Rielly, who set up Marner. That’s 20 points in 16 games for defenceman Rielly, while Marner has six in four games since a long layoff.

Near the end of the period, with Greg Pateryn off for cross-checking Michael Bunting, Taveras parked behind the net and found Nylander open. The Leafs had surrendered the NHL’s power play lead to Edmonton a few days earlier.

At the other end at the 2:46 mark, Campbell popped a rebound into the slot where an over-helpful Pierre Engvall banked it the net off Spezza. Sam Steel was credited with the goal. `

The first period also cost Toronto the services of defenceman Timothy Liljegren. In a bizarre play, he tried to fire a puck while in stride through neutral ice, fanned on it, slid into a Duck, and was called for tripping. He was kept out as a precaution, the club announced. Jake Muzzin is close to returning from a concussion.

The Leafs used a 5-on-3 to get their third on the man-advantage with Matthews and Marner fouled on their solo rushes to the net. Tavares scored and Keefe gambled his timeout to rest the top unit for the balance of 1:08 on a 5-on-4. They came close but were out of gas when Jakob Silfverberg exited the box, joined the odd-man attack and scored a deflating goal, despite Leafs’ 31-11 shot advantage at the horn. Vinni Lettieri scored off a deflection with seven minutes to go in regulation.

Before the game, forward Troy Terry said the Ducks have been motivated by their also-ran status the past few years, tired of just hanging around in games rather than try to win them.

“We’re trying to be a team that can be physical — and score,” he said.