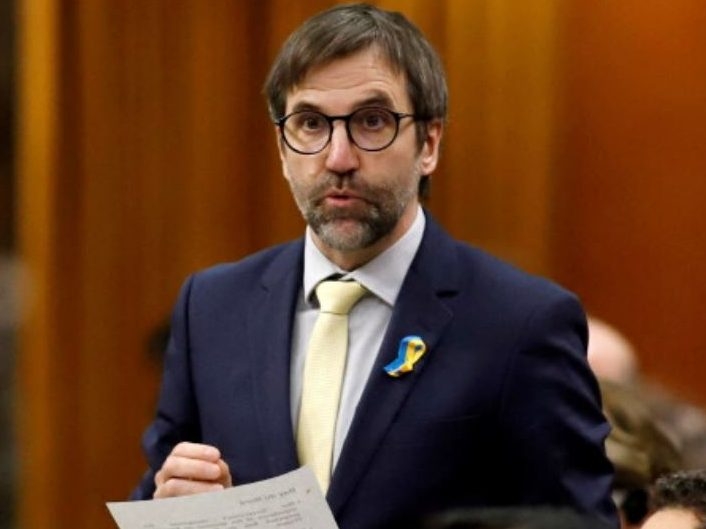 Former federal environment minister Catherine McKenna famously said the Liberals know “if you actually say it louder, we’ve learned in the House of Commons, if you repeat it, if you say it louder, if that is your talking point, people will totally believe it.”

He claimed it again last week in criticizing Nova Scotia Environment Minister Tim Halman for asking for the feds to delay a looming increase to the federal carbon price in his province.

Guilbeault responded there’s nothing to stop Nova Scotia from voluntarily bringing in the carbon tax Trudeau imposed on Ontario, Alberta, Saskatchewan and Manitoba, where 80% of households end up better off financially because of carbon tax rebates.

But Yves Giroux, Parliament’s independent, non-partisan budget officer, has been saying since March that claim is inaccurate

He reported that when the full cost of carbon pricing is considered, including lowering Canada’s GDP, reducing total labour income and business investment, 60% of households end up worse off financially under Trudeau’s carbon tax system.

Giroux estimated the average Ontario household will be worse off by $360 this year, with Trudeau’s carbon price at $50 per tonne of greenhouse gas emissions, rising annually to $1,461 in 2030 when Trudeau’s carbon tax will reach $170 per tonne.

While his report didn’t include the potential benefits of mitigating climate change, Giroux told the National Post that expecting any of those benefits to be realized by 2030 is “wildly optimistic.”

But Guilbeault doesn’t refer to Giroux’s findings now — odd given that the Liberals constantly cited his 2020 report that concluded most households paying the carbon tax ended up better off financially.

But that was before he tabulated the full costs of Trudeau’s carbon tax on the economy.