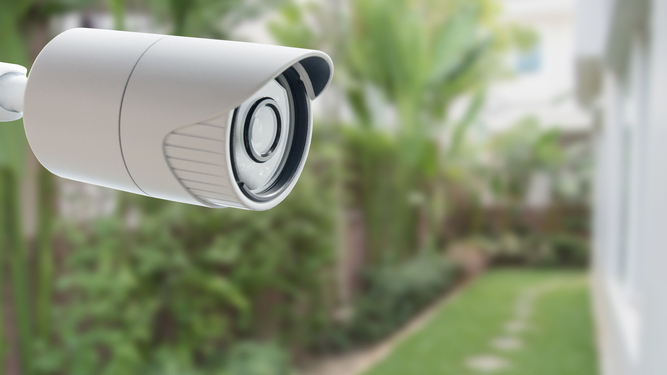 MOST neighbours are a bit strange, but some are absolutely crackers. Here are the surefire signs the folks next door have lost their tiny minds.

If one Amazon parcel in 1,000 doesn’t arrive it’s clearly been stolen off their doorstep. Likewise, a dent in a car door 15 doors down is plague of mindless vandalism. So your neighbours will fit more CCTVs on their crap semi than Fort Knox. Paranoid? Yep, the twats are convinced ‘fish thieves’ are targeting the unremarkable goldfish in their pond.

The Jubilee flushed out lots of flag-shagging neighbours. A massive Union Jack on a full-size flagpole is the properly mad option. But now there’s also the Ukrainian flag. Is it genuine sympathy or do they just like the idea of killing Russians? You suspect the latter. Probably Zelensky would prefer £500 towards missiles instead of a cheap Chinese flag erected 1500 miles away, but your neighbours are only committed to the tune of £8.99.

A few repeats of The Good Life and suddenly everyone thinks they can run their own smallholding. It starts with a few chickens. ‘Think of the money we’ll save on eggs!’ they say, forgetting eggs cost f**k all. If they go full loony, soon the garden will be a mudbath with two farting, belching pigs. A month later the RSPCA will be trying to a rehome an alpaca they bought online whilst pissed.

Ranking even weirder than starting a paranoid neighbourhood WhatsApp group and putting a creepy old rocking horse in their bay window comes a crazy repaint of the house. Turning your entire property a luminous pink hue will be bad for house prices, but it may also encourage other neighbours. Before long you’ll be living in a street that looks as if it’s been smeared with kids’ slime and dog vomit.

Every terraced house in a bad postcode needs a leaky, second-hand hot tub. Initially your neighbours will have a few weeks of raucous parties with dreadful dance music and Strongbow Dark Fruits. Then the novelty will wear off and they’ll realise how much it costs to run, and leave it to become a glorified stagnant pond. Although it’s still popular with clouds of midges, who will visit your garden too.