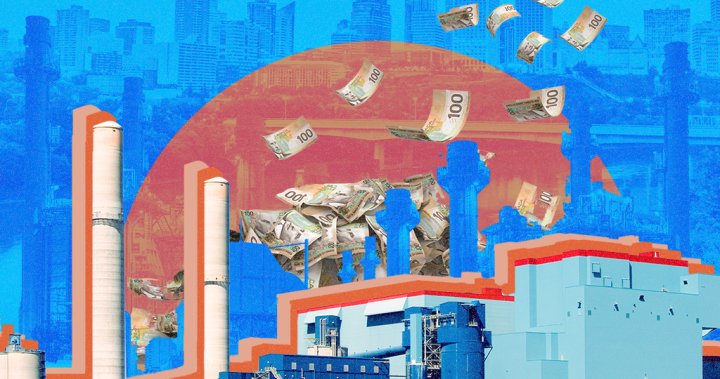 Towering over the coal rich landscape west of Edmonton, Capital Power’s Genesee Power Station has been providing electricity to the Alberta grid for three decades, but when Canada announced its intention to phase out coal power, the future of the site was uncertain.

“It became very evident that decarbonization would be driving significant changes in Alberta, and for that matter, around the world,” Capital Power CEO Brian Vaasjo told Global News.

“We took the initiative to actually look at our facilities and say what’s the best thing to happen.”

Instead of mothballing Genesee, Capital Power decided to heavily invest in it.

“It has a tremendous capacity and capability in a future world.”

The plant is currently being converted from coal fired to natural gas, the new turbines are also hydrogen ready when there’s enough supply to make that switch. Capital Power is also adding battery storage to the site, and plans to invest in carbon capture, utilization and sequestration technology to eliminate all emissions, and even produce a product known as carbon nanotubes.

“To our knowledge there is no facility like this in Canada, and likely not in North America and potentially not the world,” Vaasjo said.

READ MORE: Alberta set to retire coal power by 2023, ahead of 2030 provincial deadline

These types of investments will need to be made right across Alberta’s economy as the world searches for cleaner sources of energy.

The Transition Accelerator exists to not only help companies and other groups find solutions to these challenges, but build pathways to new business opportunities. Wicklum believes companies that lean into eliminating emissions, and developing new technologies to make it happen, will thrive in the new energy economy, and he believes Alberta will be a key driver.

“Time and again we’ve seen over the last decades when Alberta was faced with some type of challenge, Albertan people and companies rose to that challenge.”

Carbon capture, utilization and sequestration is being touted as a key technology to help achieve net zero here, but it is expensive.

Capital Power says it will need government support to make it happen, as have major oil sands companies who plan to use CCUS to achieve net zero by 2050. Premier Jason Kenney has called on Ottawa to step up with more than $30-billion in funding, the Liberal government says it is consulting on the best tax structure to make money flow.

The goal is to ensure companies like Capital Power, which have invested billions to help power Alberta’s economy for generations, are able to be a part of the new energy economy of the future.