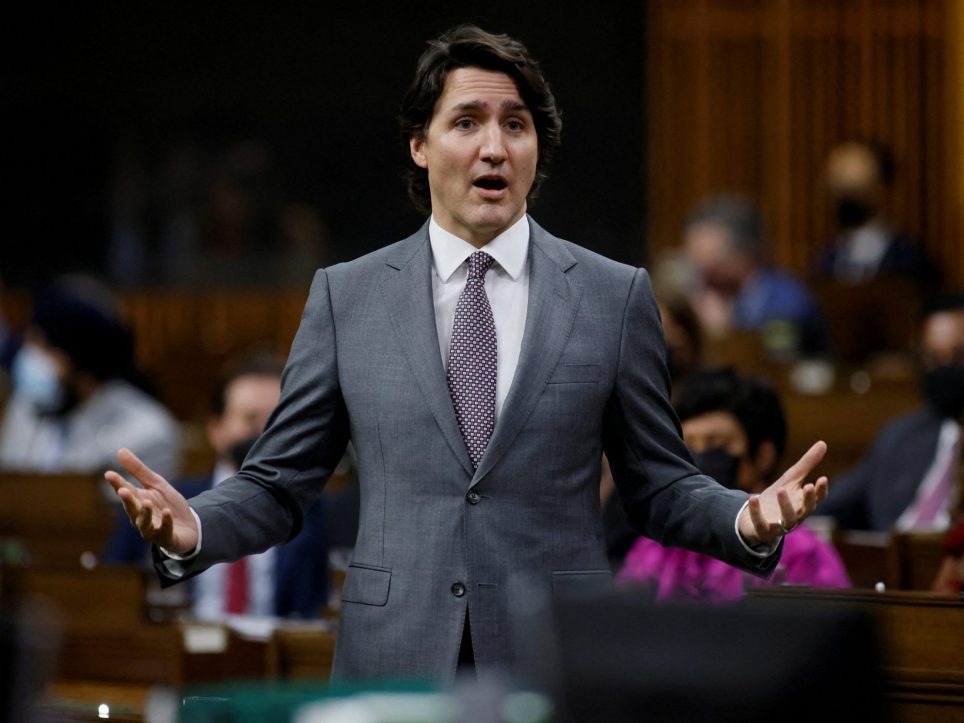 So what if he did? Prime Minister Justin Trudeau was accused Wednesday by Conservative MPs of using the F-word in the House of Commons.

Yeah, so? Would the MP or MPs who have never dropped an F-bomb please stand up. (I don’t mean in the Commons, I mean ever.)

Maybe out of 338 of them there are one or two Members of Parliament who have lived such pure lives the F-word has never escaped their lips.

But no more than one or two. And I wouldn’t be surprised if not one of them rose to his or her feet.

When Justin’s daddy famously mouthed the word in the House 50 years ago (then insisted he had merely said “fuddle-duddle”) it was more of a scandal. The word wasn’t as widely used as it is now, by toddlers and seniors alike.

About the time of the senior Trudeau’s expletive, I was a teenager with longish hair that needed to be blown dry and styled each morning. One day, while standing in front of the bathroom mirror, the brush suddenly became entangled and I let out an F-bomb that apparently could be heard throughout the house.

My mother took me to task and told me never to say such an awful word again. However, by the time she passed away three years ago at the age of 83, Mom could sling the old F-er around with the best of them.

That’s how much things have changed.

So let’s concede the prime minister did get a little testy during debate the other day and let an F-one rip. What’s the big deal? Frankly, it bothers me more that the Tories are making such a fuss about it.

Most Canadians are unlikely to be surprised that the mother of all cuss words gets tossed around often in Ottawa, much less outraged. By reacting as they have, the Conservatives look precious and antiquated, which are stereotypes they should not be reinforcing.

They come across as prissy scolds (again, a look they should avoid). You almost expect a few of them now to close their eyes, put the backs of a wrist to their foreheads and swoon breathlessly about how that their delicate sensibilities have been accosted.

Some may claim that by using such “unparliamentary” language, Trudeau is diminishing the integrity of the House. Quite frankly, at least one MP a day (often far more) utters something ridiculous or dishonest that diminishes the Commons’ integrity.

Rather than banning swearing, I think Parliament’s integrity would be far better served by banning lying. But my bet is banning either is a lost cause.

The Conservatives would be far better off by going after Trudeau for what made him so mad that he swore in the first place.

British Columbia Conservative MP, Kerry-Lynne Findlay, was asking Trudeau why the government had a special forces unit of the Canadian military use a surveillance plane to spy on Freedom Convoy protestors in downtown Ottawa.

That act reinforces how hysterical was the government’s overreaction towards the truckers’ rally. And Trudeau’s reply that the plane wasn’t spying, but simply on a routine training exercise proves what I mean about lying degrading public faith in the Commons.

Instead of being indignant about Trudeau using profanity – gasp! – the Tories should be asking why our sexist PM always seems to reserve his crudest behaviour for when he’s dealing with a woman (such as Findlay)?

Or how come his government isn’t sending more military aid, including Harpoon missile, to Ukraine?

The Conservatives need to modernize their imagine, even as they reinforce core conservative principles. They are not going to do that by hyperventilating about bad words.