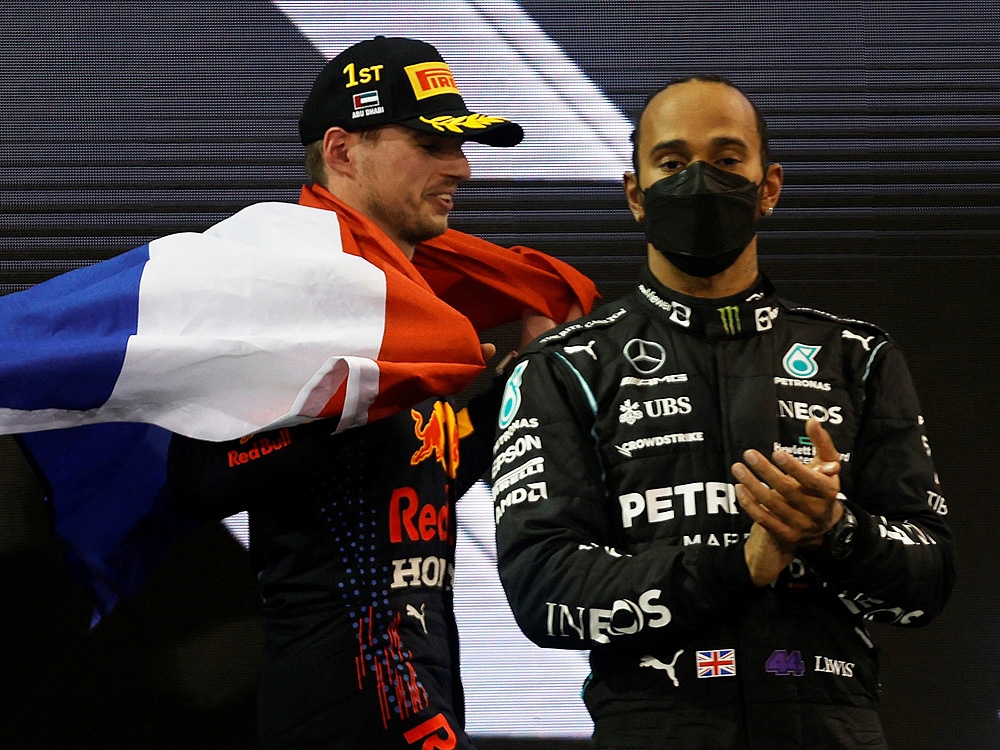 Lewis Hamilton and Max Verstappen lead Formula One into a new era in Bahrain this weekend as the sport seeks to move on from one of its most controversial seasons with a fresh start and plenty of change.

New-look cars, heavier and with bigger wheels but re-drawn aerodynamics to make overtaking easier, have raised hopes of a general shake-up as part of the most far-reaching overhaul in decades.

Michael Masi, the race director whose decisions left Hamilton feeling robbed of a record eighth title in the Abu Dhabi showdown last December, has gone, while Mohammed Ben Sulayem has replaced Jean Todt as head of the governing FIA.

While last year’s title contenders will be renewing their fierce rivalry, the battle looks set to stretch beyond a private duel.

“I think there’s going to be a real mix of pecking order through the year in all likelihood. The development rate is going to be very aggressive,” said McLaren technical director James Key.

“There’s a chance people will surprise, and people will be a little bit further back than expected in the first races.”

Champion Verstappen, 24, will start the season at Sakhir on Sunday with the No. 1 on his Red Bull for the first time.

Hamilton meanwhile has a hungry new teammate in fellow Briton George Russell, arriving from Williams and eager for a first win.

Both drivers have already warned the fans not to expect too much, with the Mercedes bouncing on the straights as downforce is gained and lost.

The team, chasing a record-extending ninth successive constructors’ title, and Hamilton can never be written off, however.

“If you think that what you saw at the end of the last year was my best, wait till you see this year,” Hamilton said last month.

Red Bull and Verstappen have been pleased with their car’s performance while highlighting a growing threat from Ferrari, climbing back into contention after years of under-performing.

The Italian team have not won a race since 2019 or a championship since 2008 but ending at least one of those two droughts no longer looks like a distant dream.

Mercedes team boss Toto Wolff spoke for many in hoping Ferrari do step up with Charles Leclerc and Carlos Sainz.

“As a fan, I love Ferrari. They are the greatest name in Formula One and it cannot be that Ferrari is not competing for race victories and titles,” said the Austrian.

“Winning championships is something different, many things have to come together to achieve that, but I think for all of us fans of the sport Ferrari needs to be in the mix. We have missed them in the last few years.”

The calendar is set for a record 23 races, with Miami debuting in May as a second U.S. round but Russia cancelled as a result of the war in Ukraine and a replacement yet to be confirmed.

Russian driver Nikita Mazepin has had his contract terminated by U.S.-owned Haas, with experienced Dane Kevin Magnussen making a comeback alongside Mick Schumacher.

Thailand’s Alex Albon, previously with Red Bull, is at Williams after a year away.

China is again absent from the calendar but has its first race driver in Alfa Romeo’s Guanyu Zhou, the only rookie on the starting grid and team mate to Hamilton’s former sidekick Valtteri Bottas.

Three sprint races are scheduled, but with points now extending to the top eight in Saturday’s 100km dash.