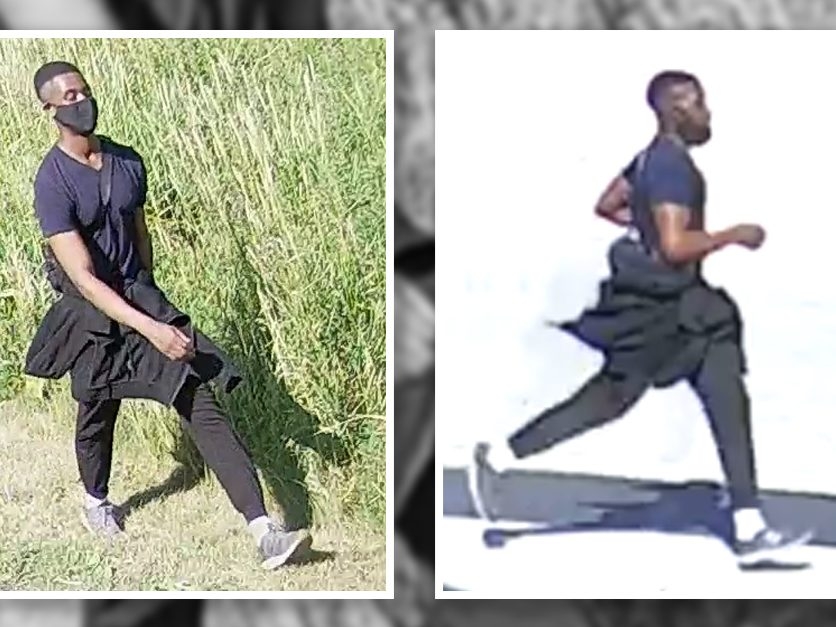 The assault was interrupted by a witness, police say.

Hamilton Police have released photos and video of a man wanted in an unprovoked attack on Hamilton Mountain.

On July 13 at 9:30 a.m., a woman was walking in the area of Upper Paradise and Donnici Dr. when an unknown male dragged her off the trail and assaulted her.

The attack was interrupted by a witness, police say.

The male fled southbound towards Upper Paradise and was later seen on video in the area of Edgehill Dr.

Police are looking for a Black male, aged 18 to 24, 5-foot-9 and 175 pounds with an athletic build and short curly black hair that is shaved on the side.

He was wearing a navy blue V-neck T-shirt, black or dark-coloured jogging pants, white socks, grey running shoes with white emblem, a black crossbody bag, a black sweater or jacket tied around his waist, and a black COVID mask.

Cops say that given the “unprovoked nature” of the attack they are advising people to take caution on city trails or paths.

Investigators advise people should walk or run with a partner, tell someone the route you are taking and the length of time you will be gone, avoid poorly lit paths, and stick to populated paths.

People should also carry a phone and not wear headphones when running, walking or cycling alone.