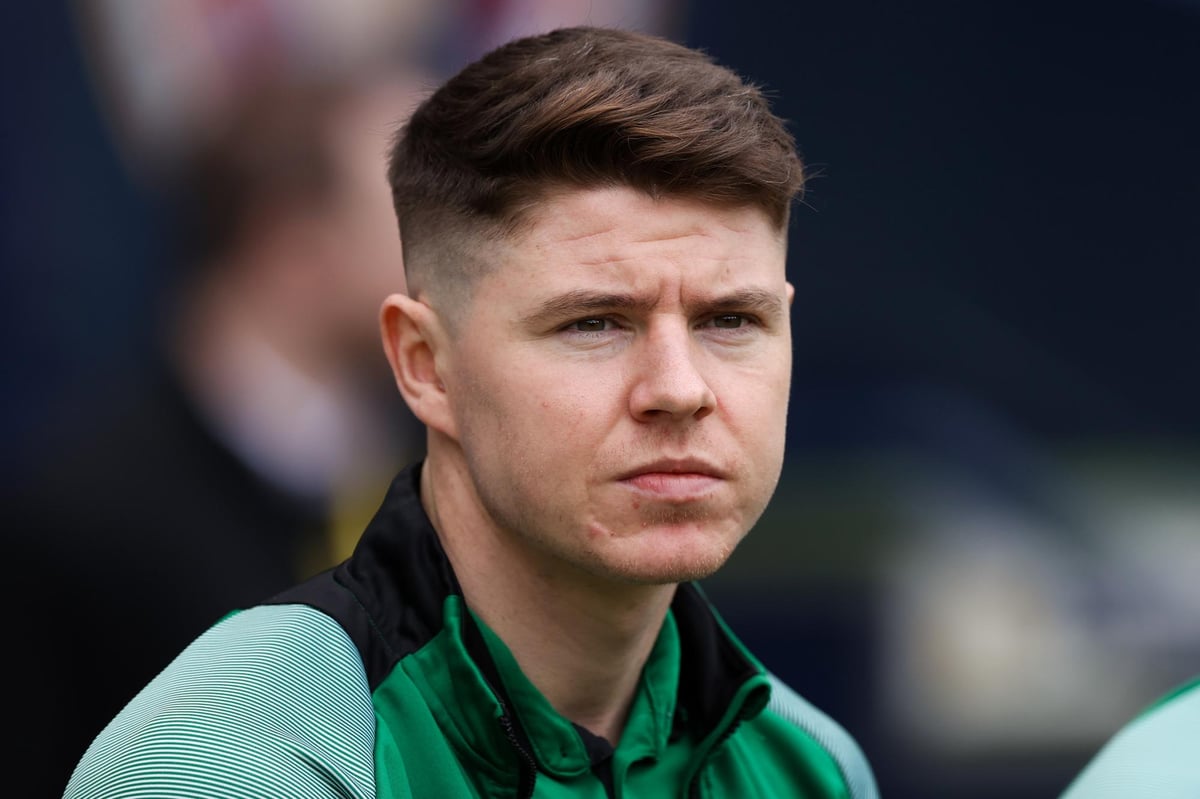 The Scotland striker suffered cruciate ligament damage in a challenge with Celtic defender Carl Starfelt in February and although the plan is to gradually reintroduce him into first team training after the current international break, his Easter Road gaffer has cautioned fans, who have been buoyed by news that the 25-year-old has been kicking a ball about the club’s East Mains training centre, to be patient.

“It was all very controlled when he was out banging balls into the net and we are acting with a level of precaution but soon he’ll be working individually with the coaches and hopefully getting a bit more elasticity through the joint and the muscles.

“Once we tick those boxes with no set-backs he can be drip-fed into first-team training. That’ll be after the international break.

“The target is to get him back as quickly as possible but it’s got to be right. The recurrence rate does change dramatically from nine months to twelve months so I’m not saying you can’t do things in those three months but you cannot expect a player with an ACL to be the same player he was nine months before. A year on they might be and 18 months on they could potentially be even better because of the work they’ve done in the gym, working their upper bodies, but we’ve got to give him time and space to come back properly.”

Injured since Johnson became Hibs manager, Nisbet has also missed out on key Scotland fixtures, but he hasn’t been the only frustrated figure undergoing rehabilitation at the Leith club.

The good news for the manager, who has struggled to find a fit and potent strikeforce, is that creative force Aiden McGeady is also counting down the weeks and days until his return to first team action.

And, according to the man who signed him in the summer, he will be back with a point to prove to himself and others.

“A couple of weeks ago I’d have said it wasn’t progressing as quickly as we’d have liked but the [more recent] report we got back showed some good progressions. It’s all gym-based, he’s not out on the grass yet. He’s had three sugar injections which stiffens the ligament and makes it stronger. What you then try to do is build up the tolerance levels and the mobility within the ligament, which he’s doing. He’s reacted very well to the sugar injections.

“It’ll be a three-four week period before we get him training with the first-team but Aiden’s experienced enough to know his body and he’ll know if he can come through it. What I will say is that he’s as hungry and angry as ever. He was angry with his form in terms of knowing it wasn’t quite right. He wants to play and he wants to play for Hibs. At his age there’s always decisions to be made and the decision is to see if we can get him back flying in 4-6 weeks.”

A message from the Editor

Thank you for reading this article. If you haven’t already, please consider supporting our trusted, fact-checked journalism by taking out a digital subscription.