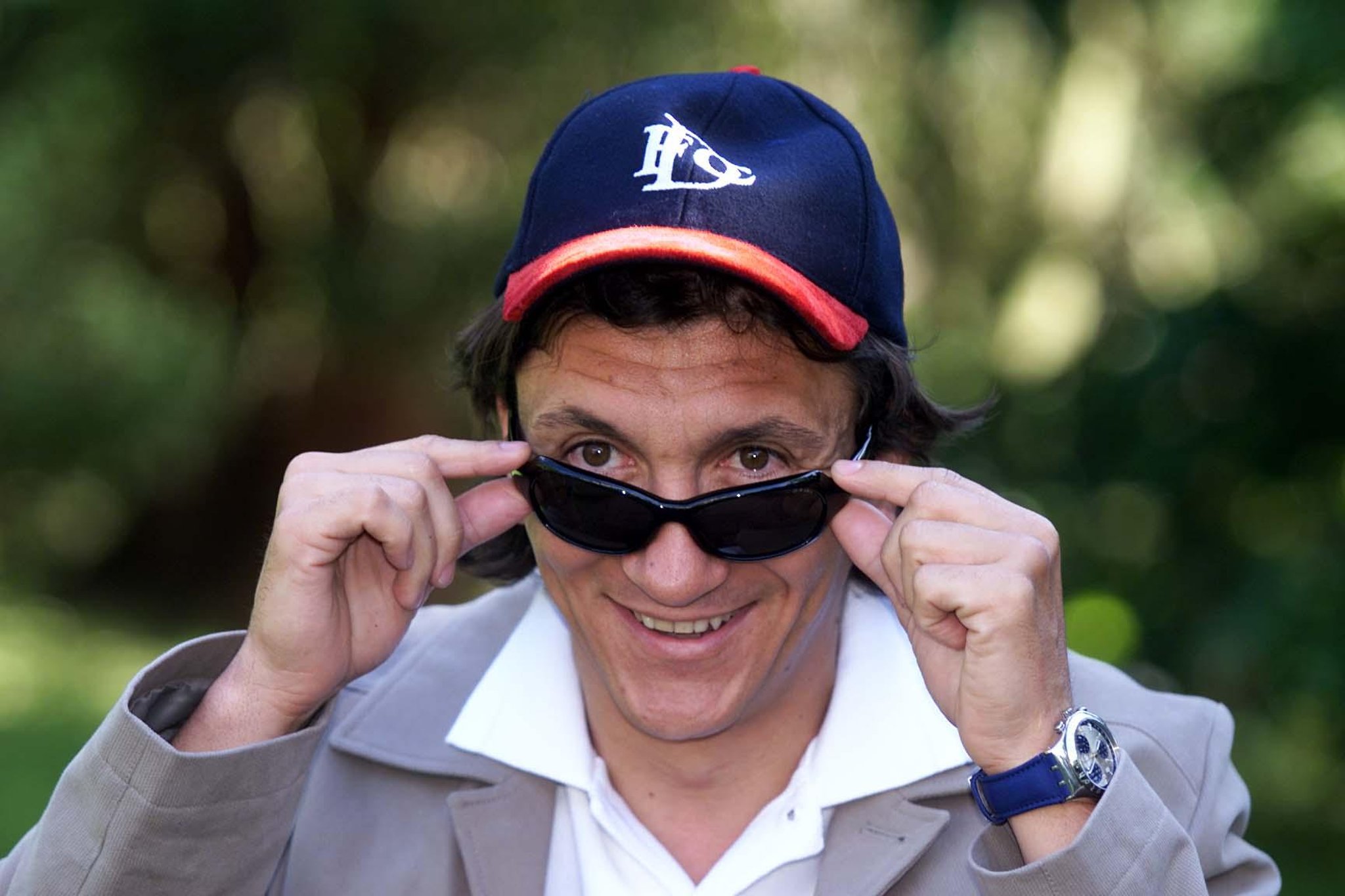 “I used to work here a long time ago,” replies the former Dundee manager. A lot has changed in the twenty years since Bonetti was last in town.

The eye-catching slatted structure visible out of the window behind him is one improvement. The V&A museum opened four years ago. It’s one reason why Bonetti can barely recognise the waterfront. The Hilton hotel where his marquee signing Claudio Caniggia was once holed up during a time when anything and everything seemed possible at Dens Park has since been flattened.

A less welcome development is the change in atmosphere Bonetti detected at the home of the city’s oldest senior football club the previous day.

Now based in Riccione on the Adriatic coast, Bonetti, together with his two sons Matthias and Nicola and trusted sidekick Dario Magri, landed in Scotland shortly before the Scottish Cup quarter-final tie between Dundee and Rangers kicked off. They then hot-footed it to Dens Park for the game and arrived in time to see the last 15 minutes of the first half. Dundee were already 2-0 down. They quickly discerned from the body language on the pitch and the absence of backing in the home stands that a comeback was out of the question.

Bonetti performed the half-time draw on the pitch. Remarkably, the return of the man who once helped stoke so many dreams barely raised a cheer. One explanation for that is the tannoy being unfit for purpose – like so much at Dens Park these days. The introduction announcement was impossibly muffled. Another, more profound explanation that strikes at the heart of all that is presently wrong at the club was the low number of home supporters present – 1200 was the generous estimate in a crowd of 5536. Bonetti could barely believe his eyes.

“The structure is the same, more or less,” he says. “It was like a time machine. It was as if time had just stopped. I recognised all the things. The only thing that was different was the atmosphere.

“From what I saw yesterday, it was not really a nice atmosphere around the pitch. This surprised me because it was an important match v Rangers. It really surprised me. Because I remember when we were here it was very different.

“The atmosphere was nice after the match when I met the fans. On that occasion I recognised the passion of the Dundee fans. When I had the chance to speak to a couple of players afterwards it more or less confirmed that they need to believe in themselves.”

Belief was not a problem during Bonetti’s days. Dundee went to Parkhead and won. They went to Ibrox and won. They took the game to either side of the Old Firm and were sometimes rewarded. Inconsistency was a main issue even with Caniggia in the team.

But their first instinct would be to attack. It would be to score more than the opposition. Dundee did not register a shot on target against Rangers on Sunday.

“We were always competitive,” Bonetti says. “We tried to win the game every time. We had to fight and try and win even if we were playing Rangers or Celtic. We had to do that. It was different now. They looked like they were waiting for the final whistle.

Bonetti was in charge of players such as Beto Carranza (left) and Claudio Caniggia at Dundee.

“On the pitch there was a big difference,” he continues. “It was like Rangers were playing a training session. It was too much difference. That is why I am thinking they need more enthusiasm if they are to save themselves.”

Bonetti is concerned about Dundee’s plight. They are bottom of the Premiership and time is running out. “But I do not know the other team,” he says. “I do not know St Johnstone and the qualities they have.”

Bonetti has already told the local newspaper he would be willing to come back. Such is the dire state of things at Dens Park some fans have been seriously contemplating this scenario. Bonetti hasn’t worked in football since a spell at the now defunct Italian club Valle del Giovenco ended 12 years ago. His elder brother Dario, the twice-capped Italian international defender, has recently recovered from a debilitating bout of Covid. Together they were the management team at Dundee.

Magri, who is currently based in California where he runs an avocado ranch, was their right-hand man on account of his excellent English. He ran such errands as travelling to Shanghai to seal the signing of Chinese international skipper Fan Zhiyi. Magri claims one of Zhiyi’s early appearances for Dundee at Celtic Park – he scored in a 3-1 defeat – was watched by over a million interested viewers in China. They were different times.

Now 57, Bonetti would entertain a return to the dugout. He currently provides a personal coaching service to budding footballers. He is also one of the team behind a product that when inserted into a mobile phone helps reduce potentially damaging electromagnetic waves. Frazzled senses might be why he was frequently urged to come back to Dundee as manager at a well-attended Q and A event the previous evening.

“We have to respect the manager currently in position,” he says. “Obviously when you speak to the fans and the fans might dream if that can happen or not. I am personally available for anything. I am still in love with the town, the fans and the football club too. But I still have reasons to be in Italy.”

Two of them are sitting with him at breakfast. He describes Matthias, his eldest son with wife Erika, as “half Scottish” on account of him being born just short of 20 years ago. “We left in July and he was born in August, 2002,” he says. “100 per cent he was conceived in Dundee. I remember!” Nicola is 14 and a fervent Ronaldo fan.

The Bonetti tour moves on to Old Trafford, where they will attend the Champions League last-16 second-leg clash between Manchester United and Atletico Madrid. Spurs v West Ham United is also on the itinerary after another fans’ event on Friday at Grimsby Town, where he is revered following a brief spell there as a player in the mid-90s. Bonetti was looking forward to taking the chance to be a tourist in Dundee yesterday and was no doubt subjected to second glances while walking streets in which he helped cause such a stir at the start of the millennium.

A sense of time having moved on was only intensified by Charlie Mulgrew and Marc McNulty eating breakfast at a table nearby. The current Dundee United players seemed oblivious to the identity of their fellow guest. Bonetti, meanwhile, is unaware Dundee relegated Dundee United in 2016.

He last spoke to Caniggia “about a year ago”. Left-back Marcello Marrocco, who Bonetti brought with him to Dundee, is currently his business partner in the mobile phone technology firm. “He fondly remembers his time here,” says Bonetti. “He wanted to come back, too, but couldn’t because of work.”

It must be acknowledged that the Bonetti era closed with something of a whimper with Dundee ninth in the league and set on a course that ended with administration in 2003. “Unfortunately, when I left it was not in the way I wanted,” says Bonetti.

There were, he says, some “misunderstandings” between him and the owners, Peter and Jimmy Marr.

“I left without giving the reasons to the fans. That’s why I was happy to meet them again on Sunday.” How would he feel bumping into the Marrs, who are still based in the city, on his Dundee walkabout? “I have no problem. I would shake their hand. It was a misunderstanding. They believed something that was not true. Our relationship is not broken. In life, it can happen. They were two fantastic years, but it is finished.”

A message from the Editor: Thank you for reading this article. We’re more reliant on your support than ever as the shift in consumer habits brought about by Coronavirus impacts our advertisers. If you haven’t already, please consider supporting our trusted, fact-checked journalism by taking out a digital subscription.