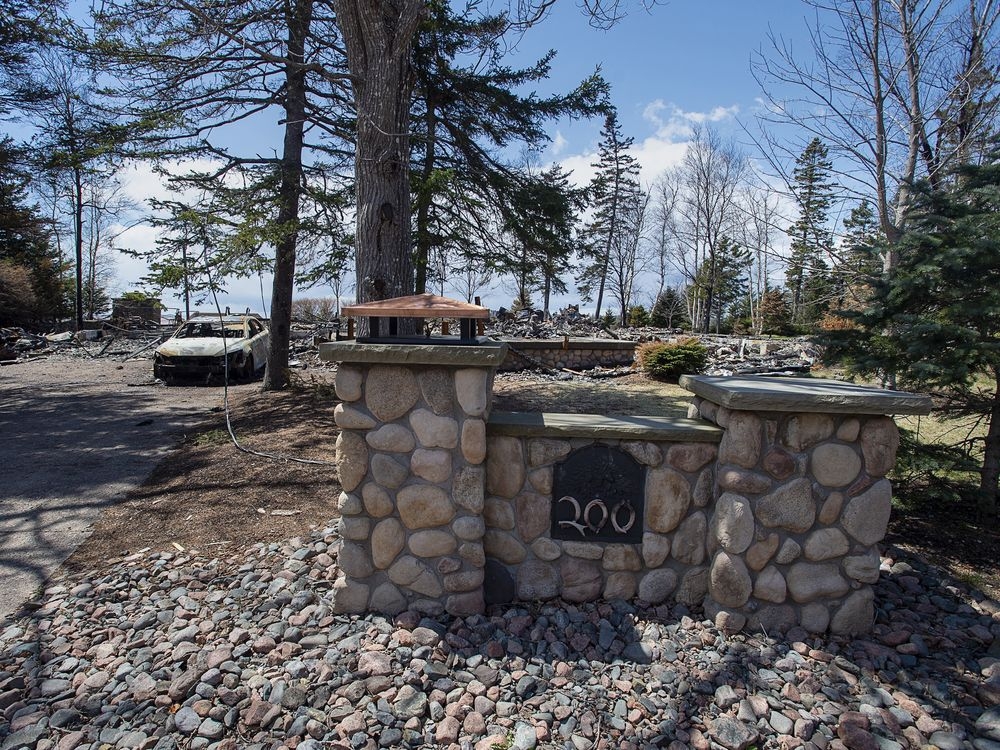 HALIFAX — The Nova Scotia denture maker who killed 22 people in April 2020 was long known to be a violent man, especially among disadvantaged people who owed him money, newly released documents show.

In a summary of evidence released Tuesday, the inquiry investigating the mass shooting shared details about Gabriel Wortman’s practice of providing discount denture work for poor people and then attacking those who failed to pay their bills on time.

One witness, identified only as BK, told inquiry investigators he was assaulted by Wortman in December 1999 when he failed to submit a monthly payment before the Christmas holidays.

“He grabbed me by the shoulders and tackled me to the ground in the snow and the slush,” BK said. “He put his knee on my chest and he ripped my dentures straight out of my face … and he grabbed a handful of snow and shoved it in my mouth.”‘

BK did not report the attack to police. “I didn’t want to deal with that man anymore,” he said. “He scared the hell out of me.”

The 60-page document, which focuses on Wortman’s violent behaviour before he carried out the worst mass shooting in modern Canadian history, refers to several similar incidents.

“There were times (when patients) didn’t have any more to pay for their teeth or were complaining about their teeth,” said Renee Karsten, a denture maker who worked with Wortman between 2000 and 2007 in the Halifax area.

“I’ve witnessed him take teeth out of their mouth and break them in half and smash them on the floor.”

The document includes descriptions of other violent encounters, including assaults outside the killer’s denture clinic in Dartmouth, N.S.

The denturist was fined and ordered to receive counselling for anger management after he pleaded guilty to assaulting a 15-year-old outside his clinic on Oct. 29, 2001. The victim said he was waiting for a bus when Wortman came out of his clinic smelling of alcohol and told him to leave his property.

“He grabbed me by the shirt and punched me in the back of the head,” the victim said in an interview with The Canadian Press on April 23, 2020.

The document also recounts violent assaults on a friend in a bar, a neighbour in a parking lot and a hired worker at the denturist’s home in rural Portapique, N.S. No assault charges were filed in those incidents.

The summary of evidence released Tuesday reveals that the Denturist Licensing Board of Nova Scotia received eight complaints from Wortman’s patients between 1998 and 2000. Some involved allegations of shoddy workmanship and others complained about inappropriate sexual comments.

In February 2007, Wortman signed a settlement agreement that confirmed professional misconduct. He was reprimanded, suspended for a month and ordered to receive counselling.

Meanwhile, other colleagues came forward after the killings to complain about the sexual harassment they had faced from Wortman.

One dental sales representative, identified as OO, told the inquiry that Wortman once tried to use his Jeep to run her off the road after she rejected his sexual advances in 1999. And a former receptionist at his office complained that he once exposed himself and often asked for sexual favours.

Other witnesses have come forward to describe the killer as a creepy, possessive, quick-tempered sexual predator.

One woman, identified as SS, told the RCMP that Wortman “went on like he was God’s gift to women.” Another said he pressured her to sign an agreement soon after they started dating. “The contract was basically to own me,” she told the commission.

As for Wortman’s common-law spouse, Lisa Banfield, the document confirms what the inquiry has already heard.

“Throughout the course of their 19-year relationship, the perpetrator subjected Lisa Banfield to a pattern of coercive control and abuse that included verbal abuse, psychological intimidation, financial control and physical violence,” it says.

Wortman’s first wife, who is not identified, said that during their seven years of marriage, she recalled how he used to drink heavily, become angry and break things. She described several incidents when he was physically violent towards her, including a confrontation at their home in Dartmouth, where he pinned her to the floor.