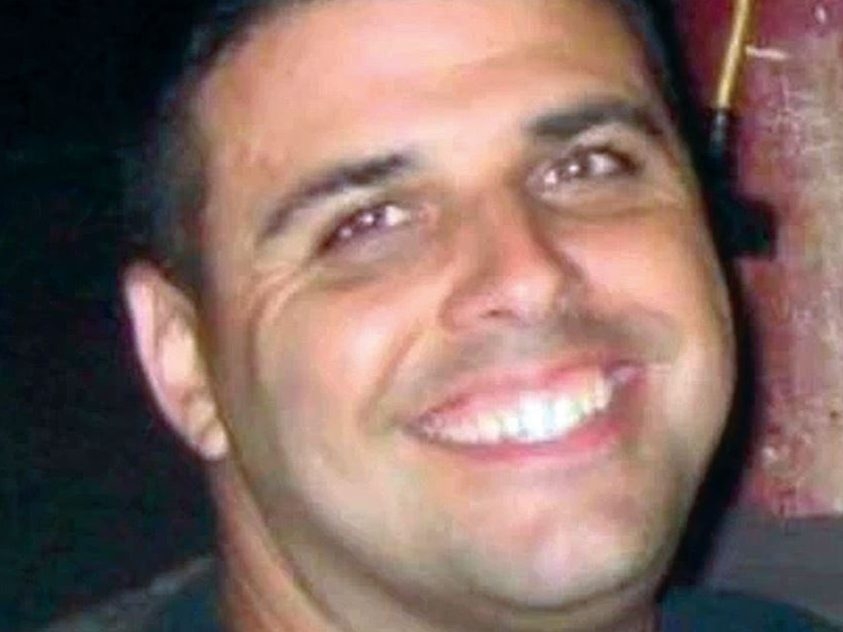 The “monster” had nothing to say.

Given the opportunity to address the court, or perhaps the victims he has terrorized for so long, Alexander Bates decided he’d rather remain mum. He pleaded guilty to murder and attempted murder already — what more could they want?

Perhaps some semblance of remorse? But that would be too much to ask.

Now 51, Bates strangled 83-year-old Maria Araujo in her Mississauga home on Dec. 20, 2018 and the next day, tried to kill her son, Alberto Araujo, and Araujo’s mother-in-law, Lynda Gallandt, with an aluminum baseball bat in a revenge plot against the family for having him charged with molesting Araujo’s 14-year-old daughter three years before.

Bates was arrested and released on bail in February 2015. Criminal harassment charges were added after Alberto Araujo discovered two tracking devices had been put on his cars.

The electrician pleaded guilty to sexual interference as well as criminal harassment and was released from prison in February 2018 bent on revenge.

The Crown believes the murder of the beloved Araujo matriarch was carefully planned. Prosecutor Cindy Nadler told the judge Tuesday that at the time of the murder, Bates was under strict parole conditions not to have direct or indirect contact with the teen he molested or anyone from her family. Yet, he said he went to the home of his nemesis’ elderly mother because he wanted to have coffee with her and see how she was.

“It really defies logic that he’d be taking this huge risk and jeopardizing his parole by having this friendly visit with (her) grandmother, who he really didn’t have a prior relationship with.”

Meanwhile, the killer went looking for Araujo. The family had been so terrified of Bates after he went to prison in 2015 that they’d moved from Mississauga to Smithville, south of Grimsby, in hopes he wouldn’t find them.

After disabling their cars, Bates ambushed Araujo outside his Smithville home and forced him inside with what he told him was a gun. He tied him up and demanded to know where he could find his daughter.

When Araujo’s wife and mother-in-law couldn’t get in touch with him, they went to the house. While his wife was able to get away, Gallandt was not as lucky. Bates struck her and Araujo in the head with his bat before they finally managed to escape.

When he tried to flee, Bates threatened waiting Niagara Police with his fake gun in an attempt at suicide by cop. Instead, he was shot and survived.

And like an orphan who asks for mercy after killing his parents, he believes his injuries should get him treated lighter when he’s sentenced.

Bates pleaded guilty to two counts of attempted murder and received 13 years. With his recent guilty plea to second-degree murder, he faces an automatic life sentence. The only question is the length of time before he can apply for parole — the Crown is seeking 17 years, while the defence has asked Superior Court Justice Bruce Durno to impose a 12-year parole ineligibility.

Prosecutors argued at the close of his sentencing hearing Tuesday that the killer has largely recovered from the shooting and could still physically pose a danger to the surviving members of the Araujo family.

Nadler played videos from Maplehurst Detention Centre to show Bates, who insists he needs a wheelchair for long distances, was standing and walking without issue. “I think it’s pretty clear from what we’ve seen on the video and his medical records, he is able to move around without significant or obvious discomfort.”

But that didn’t stop him from refusing to come to court earlier this month when a wheelchair wasn’t provided and he refused to walk to the waiting prison van. “He meant no disrespect,” his lawyer assured the judge.

Respect? This is a man who beat and strangled an old woman and left her battered body beside the Christmas gifts she’d been wrapping.

“I never thought my mother would lose her life to this monster,” Araujo had told Durno in one of many emotional victim impact statements last month.

Now it was his turn to respond before the judge delivers his sentence next month.

But the monster had nothing to say.