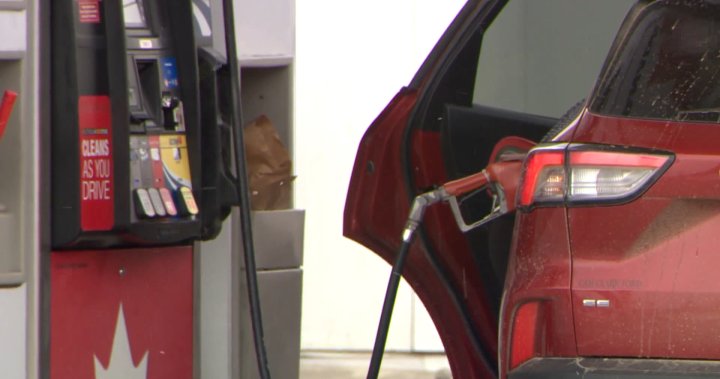 The pain at the pumps is very real Friday morning across Nova Scotia.

The price for gas went up 11.1 cents overnight, according to the Nova Scotia Utility and Review Board, putting the minimum cost for regular self-serve in the Halifax region at a record 190.9 cents per litre.

The maximum cost in the range allowed by the review board is 193.4 cents per litre.

Gas prices have been soaring across the country in recent weeks, with analysts pointing to the Ukraine war, and most recently, the European Union proposing a phased embargo on Russian oil.

Other parts of Canada are now seeing prices above $2 per litre for regular self serve, including in Vancouver, where prices are now at 211.9 cents per litre.

There was some relief on the price of diesel in Nova Scotia, after almost daily surges a week ago.

The review board dropped the price by more than five cents on Friday, with the new regulated price in Halifax settling in at just above 241 cents a litre.