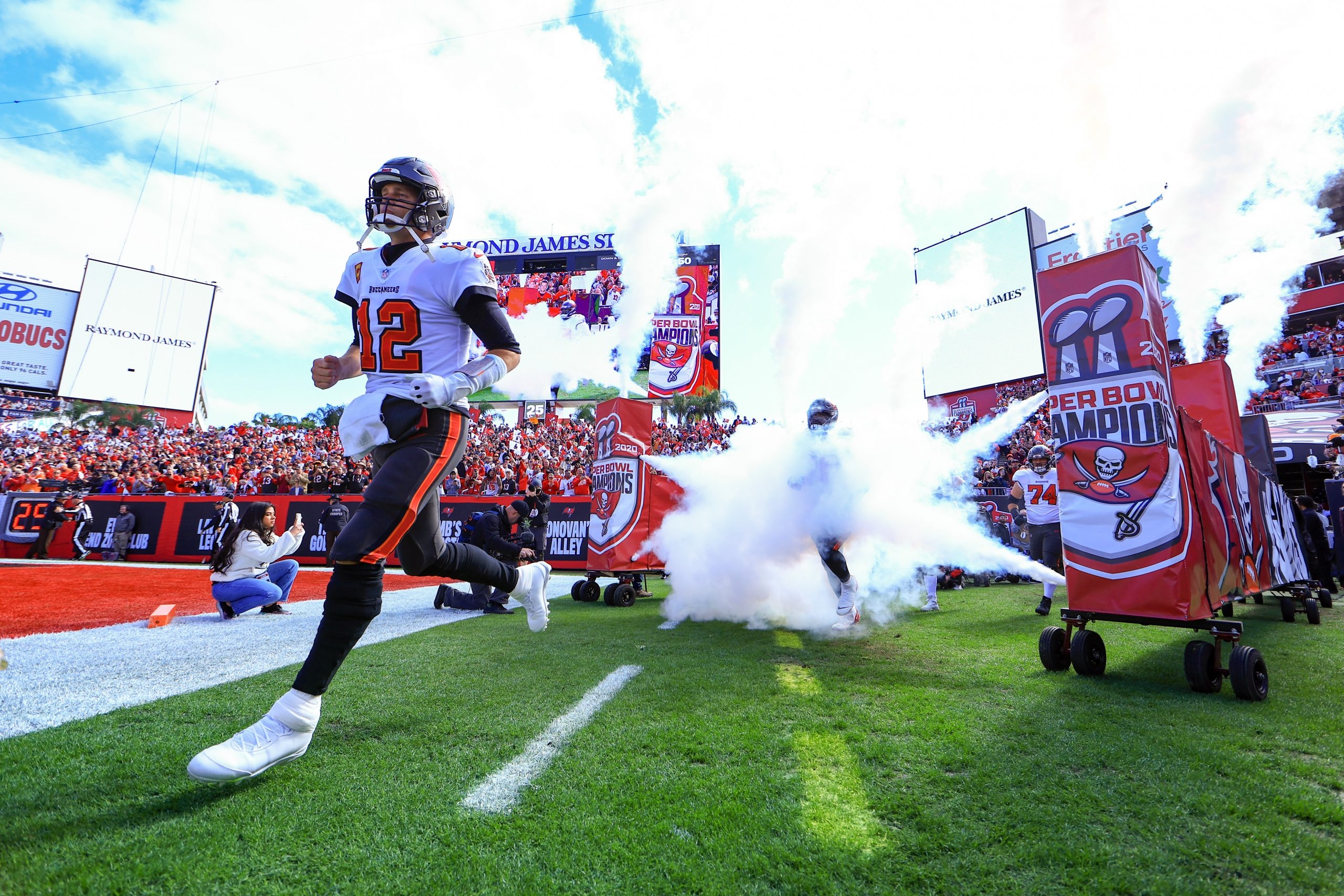 The iconic NFL quarterback early Sunday evening announced on Twitter he has decided to unretire, to play his 23rd NFL season with the Tampa Bay Buccaneers in 2022.

“These past two months I’ve realized my place is still on the field and not in the stands,” the 44-year-old tweeted. “That time will come. But it’s not now. I love my teammates, and I love my supportive family. They make it all possible.

“I’m coming back for my 23rd season in Tampa. Unfinished business. LFG.”

That latter acronym stands for his three-word trademark, “Let’s (a contraction of fire-trucking) go!”

His announced return — not uncoincidentally — came just hours before the opening of the two-day, so-called “legal tampering period,” when representatives of players set to become unrestricted free agents this Wednesday at 4 p.m. ET may begin contract negotiations with other teams.

The Buccaneers’ football leaders — namely, GM Jason Licht and head coach Bruce Arians — had promised the team would be aggressive in pursuit of a worthy successor to Brady, at the game’s most vital position.

If the Bucs had any good, big-name QB in mind, to either try to acquire via trade (the likeliest route) or sign via free agency (there really aren’t any this year), then they had to act on it right now. In fact before right now, when you read this.

Now they don’t have to.

Brady had announced on Feb. 1 — 12 days before the Los Angeles Rams beat the Cincinnati Bengals in Super Bowl LVI — he was retiring from pro football, after having won a record seven Super Bowls — six with the New England Patriots from 2001-19, and one in his first season with the Bucs in 2020.

In Las Vegas on Sunday night, the coming NFL season’s Super Bowl and NFC-champion odds were pulled from the board at Caesars Sportsbook, ESPN reported.

Licht and Arians were hoping to lure back and re-sign some of the club’s whopping 24 unrestricted-free-agents-to-be, and Brady’s return surely ought to have helped immediately in that regard. That is, before midday Monday’s advent of legal tampering. Brady’s return to Tampa Bay is a game-changer for the best of that bunch.

Also, Brady’s long-time close friend and on-field battery mate — tight end Rob Gronkowski — now might return for a third season in Tampa Bay, after he himself unretired in 2020 following a year away from the game.

There it is, another reference to fire trucks. Or something like that.

Bucs fans lost their minds on social media. Fans of other NFC teams? Not so much.

“Insufferable,” tweeted Jeremy White, a Buffalo sports radio station morning-show co-host, as the hated Brady was 33-3 vs. the Buffalo Bills.

The native Californian turns 45 on Aug. 3, which will come early in the Bucs’ training camp. The extension he previously negotiated remains in effect; he is still under contract that contract. He’ll earn $20.3 million in 2022 between salaries and bonuses, according to pro-salaries website Spotrac.com.

Might the Bucs quickly extend Brady, so as to lower his 2022 cap hit of the same amount, and free up more space to sign more of those two dozen free-agents-to-be? Bet on it.

Brady did not look ready for the proverbial rocking chair, after having led the NFL this past season in touchdown throws (43), passing yards (5,316), completions (485), attempts (719) and lowest sack percentage (3.0). His 67.5 completion percentage was the second best of his career.

It’s not hyperbole to conclude it was one of Brady’s best seasons in the NFL.

There had been plenty of buzz over the past 40 days that if Brady did unretire, he’d want to play somewhere other than Tampa Bay. There were whispers his relationship with Arians had soured. Well, Arians vehemently shot all that speculation down two weeks ago at the Scouting Combine.

Most of the other-destination speculation had centred on Brady’s hometown NFL club, the San Francisco 49ers. But Arians doused those fires, too, at the combine when he said if Brady did unretire, he’d be playing for the Bucs in 2022, barring a never-gonna-happen train-load offer of top draft picks from some dumb team.

Brady made it clear, too, in his tweet Sunday night that he’s playing for Tampa Bay in 2022.

So, for how long might Brady be back? Good question. We might get a good sense depending on the length of Brady’s expected new contract with the Bucs. Is it for two years? Or four? Five? Or just a do-over of his 2022 deal?

All that “I might play until I’m 50” talk from Brady last summer might wind up coming to fruition after all. You never know.

And how’d you like to be the jamoke who spent more than half a million dollars just on the weekend for the actual football Brady threw for what we all thought was his last career TD? Explain that one now to the wife.

“THANK YOU! Throw that last touchdown on somebody else.”

In other breaking NFL news Sunday evening, the Minnesota Vikings extended the contract of quarterback Kirk Cousins for another season, through 2023, reports said. The fully guaranteed $35-million extension includes two voidable years, to lower his cap hit for this year from $41.66 million to $31.25 million, per reports. Cousins will earn a guaranteed $70 million over the next two seasons.

Dallas re-signed WR Michael Gallup for a reported $62.5 million over five years. This comes a day after the Cowboys agreed to terms with the Cleveland Browns to send wideout Amari Cooper there, which trade cannot become official until the start of the new league year, late Wednesday afternoon.

John Kryk now writes a weekly newsletter on NFL matters. Content is exclusive to that platform. You can have it automatically dropped into your email inbox on Wednesdays simply by signing up — for free — at https://torontosun.com/newsletters/