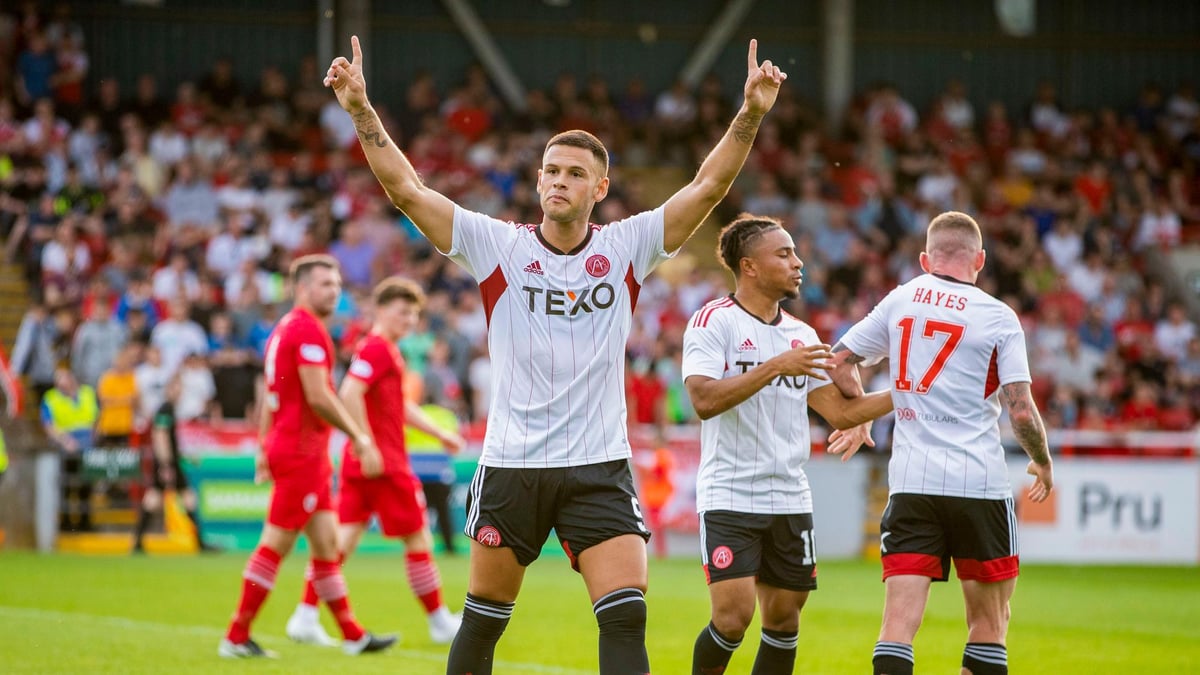 This iteration of the Dons could be different. Very different going by what was on show at Forthbank Stadium on a lovely summer’s evening.

First the caveat. The 5-0 win was against fourth tier Stirling Albion, all but securing top spot in Group A of the Premier Sports Cup. The Binos defeated Dumbarton and held Raith Rovers, but they were no match for Jim Goodwin‘s side.

The Dons boss has his sceptics amongst the Pittodrie faithful. He came in to replace Stephen Glass last season but it didn’t get better. This squad, however, is built much more in the image he wants his team to portray. Fast, aggressive, fit. A team which competes physically but can also play football, on the front foot.

Take goals two and four, for example. Team goals which would have pleased Goodwin, had Dons fans purring and left Stirling in a daze.

The second was because of Christian Ramirez. The US international dropped into midfield. Not a position supporters would have liked to see him in last season. But this time it is different. That movement allowed Aberdeen to overload Stirling in midfield and gave Ross McCrorie space to get on the ball. Liam Scales then got hold of possession, Mason Hancock came short, Jonny Hayes went long. The on-loan Celtic defender slipped a brilliant pass for Hayes to run on to, into space created by Ramirez who was on hand to convert the cutback.

As for the fourth. Pom, pom, pom. Ramirez again dropped deep to combine with Ylber Ramadani. The latter, who strolled the match, slid in Hayes. The Irishman made that dart into the space behind the Albion defence before unselfishly setting up McCrorie.

Midfield runners, movement, quick incisive football. It was all on show, plus a lively second-half showing from new recruit Luis ‘Duk’ Lopes.

Playing at a tempo is huge for Goodwin and huge for this Aberdeen side. The game had barely started when he told Mason Hancock to “move it quicker”. As the team began to exert pressure on Stirling the demand was “keep the tempo up”.

This Aberdeen side is slicker. Quicker. They put in excellent work on their pre-season camp in Spain and it shows. As does the individual work the likes of Matty Kennedy, who netted the third with a free-kick, has done.

He is one of a number of players, including Hayes, McCrorie and Ramirez, who look refreshed and raring to go. Watching attackers, you know they are feeling good, mentally and physically, when they are constantly making runs, being direct, always trying to be positive. That was Kennedy, Hayes and Vicente Besuijen, who netted twice. That was Aberdeen.

That mentality impacts the whole team. Scales is a fabulous footballer and centre-back with Anthony Stewart the perfect foil. Three games in and they are already halfway to equalling last season’s six clean sheets.

The early signs of this new-look Aberdeen are very positive. Proper judgement will be reserved until more challenging encounters, such as the league opener against Celtic, but continue on this path and you will be hard pressed to find many Goodwin sceptics in the north east.