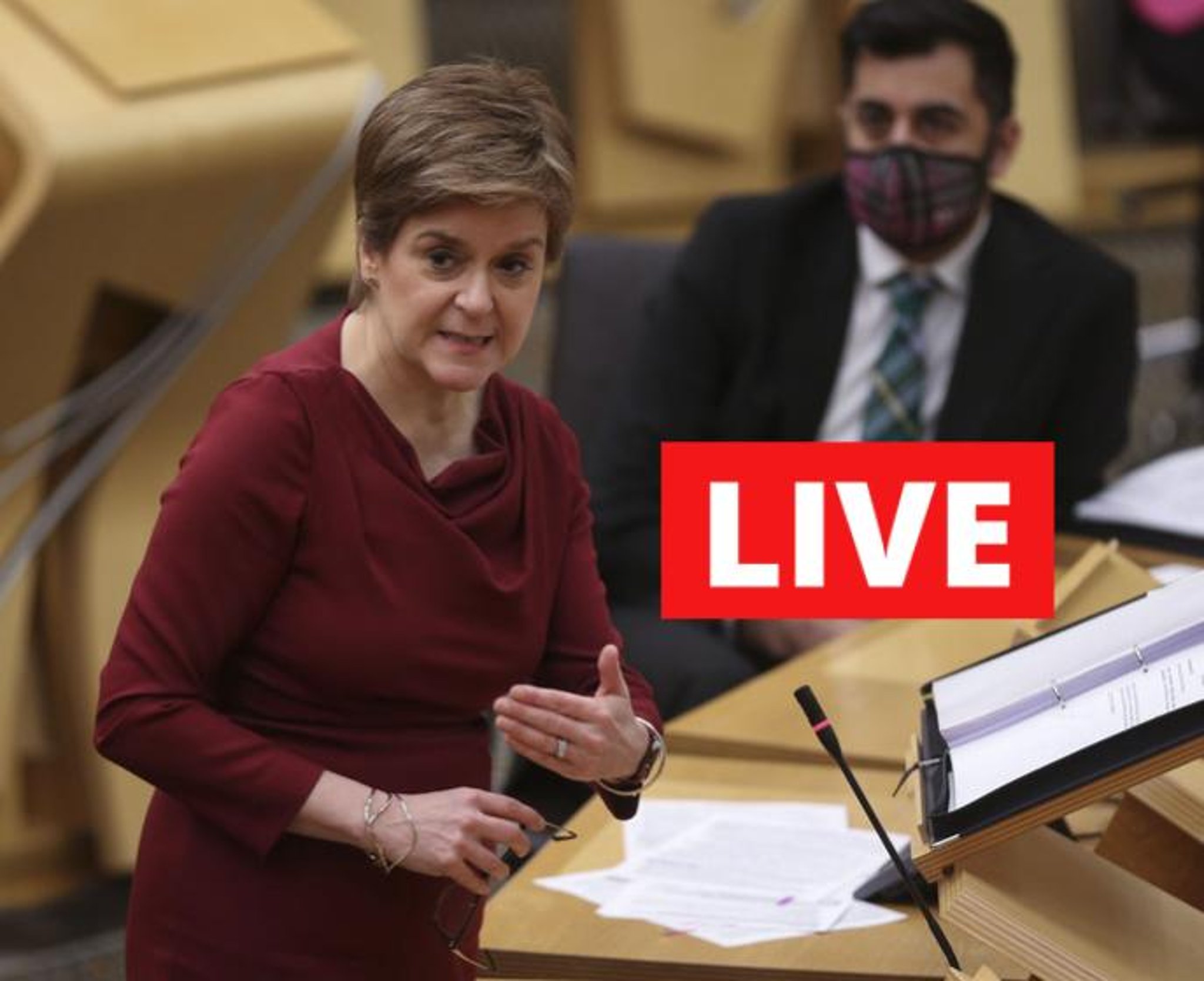 Hello and welcome along to our live blog as Nicola Sturgeon gets set to update the Scottish Parliament on any possible change to the self-isolation period as opposition parties call for the 10-day rule to be adjusted.

Last week Ms Sturgeon said she hoped to give an update on any changes to the self-isolation period, which is currently 10 days.

The First Minister will address Parliament virtually on Wednesday at 2pm to give an update on the Covid-19 situation as the Omicron variant sweeps across the country.

As well as an update from the First Minister, there are some changes expected in the UK today.

The UK Government is set to relax Covid testing rules to reduce the time people spend in isolation.

People in England who test positive on a lateral flow test will no longer need a confirmatory PCR to begin the self-isolation period if they do not have symptoms.

A reminder that today’s update will be entirely virtual.

It is unclear if an update on restrictions at venues and sporting events will be given today by the First Minister.

However, last night Sir Ian McGeechan has called on rugby authorities and governments to look into the possibility of playing Scotland’s home Six Nations games in England should the current restrictions on crowds in the country spill into February.

You can read the full story HERE

Some pupils have begun the new school term learning remotely as the Omicron variant causes disruption across the country.

There is a mixed picture as children returned to the classroom on Wednesday, with some councils reporting all schools are operating as normal while in other areas a number of children are learning online.

Schools in around a third of Scotland’s 32 council areas reopened on Wednesday, while others return later this week and some early next week.

In Aberdeenshire, Kincardine O’Neil primary school is partially closed for pupils on Wednesday due to staff self-isolating.

The First Minister begins by wishing everyone a happy new year.

She confirms: “ We are not proposing any additional measures at this stage, I will confirm that existing protections and guidance will remain in place for the coming week, pending further review. “

The latest stats in Scotland