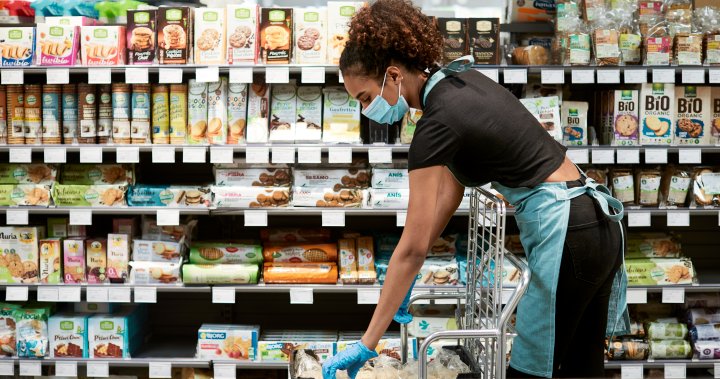 The head of Canada’s largest private-sector union says the refusal by the country’s grocers to reinstate “hero pay” for employees amid an exponential rise in COVID-19 cases is “about greed, period.”

He says top grocery bosses have received multi-million dollar bonuses as sales and profits soar during the pandemic — even as they refuse to bring back pay bumps for employees.

Yet Dias says the risk of catching COVID-19 have never been greater for retail workers as infections surge across the country.

His comments come after the federal NDP critic for economic development, MP Brian Masse, sent a letter to the heads of Canada’s biggest supermarkets this week saying workers are doing risky work and again deserve a wage premium to keep stores open and shelves stocked.

Three grocery chains — Loblaws, Metro and Sobeys — ushered in a $2-an-hour pay bump in the early days of the pandemic. It was cancelled after the first wave subsided.

“We are the only retailer in Canada who publicly committed to reinstating our Hero Pay/Lockdown Bonus program when regions or provinces go back into lockdowns that close all non-essential retail,” he said.

Sobeys has distributed over $110 million in “hero pay” and bonuses to its front-line team members since the beginning of the pandemic, Medline said.

If government-mandated lockdowns once again close all non-essential retail, the grocer will reinstate its lockdown bonus, she said.