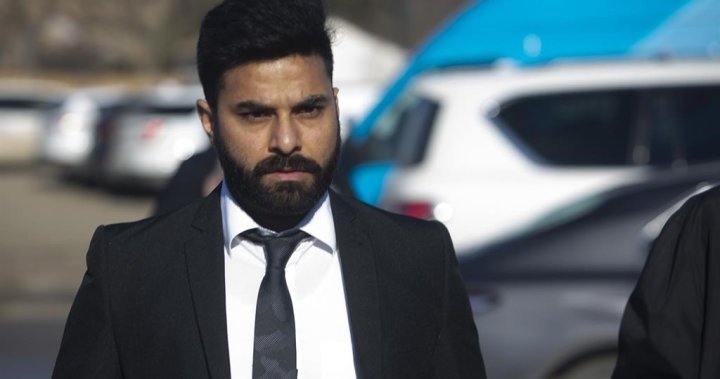 A parole hearing is scheduled to take place today for a former truck driver who caused the deadly Humboldt Broncos bus crash.

Jaskirat Singh Sidhu was sentenced to eight years after he pleaded guilty to dangerous driving charges for the 2018 crash that killed 16 and injured 13.

Singh went through a stop sign at a rural Saskatchewan intersection and drove into the path of the junior hockey team’s bus as it was on its way to a playoff game.

Sidhu, who has been serving his sentence at a prison in Bowden, Alta., is asking to be released pending possible deportation.

The Canada Border Services Agency recommended in March that Sidhu be handed over to the Immigration and Refugee Board to decide if he should be deported back to India.

His lawyer is seeking to argue against deportation in Federal Court.

This report by The Canadian Press was first published July 20, 2022.

1:24
The City of Humboldt is forging ahead with a new mulit-million dollar memorial for those who died in the 2018 Broncos bus crash