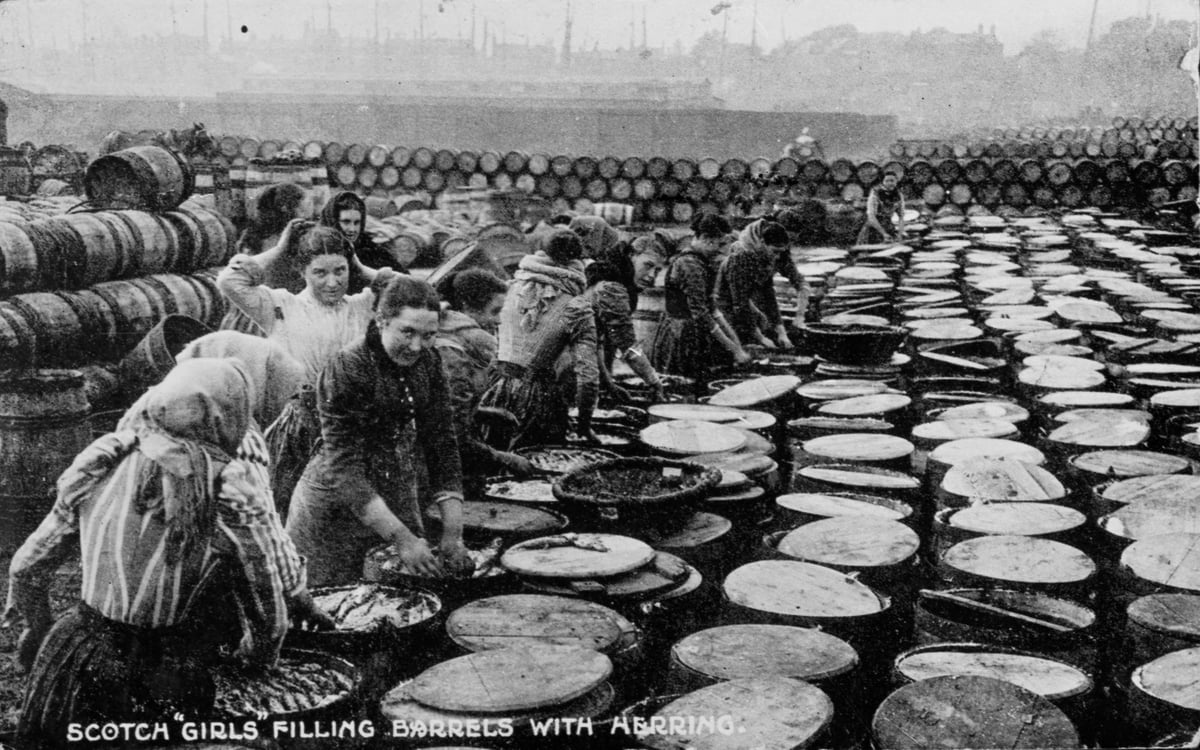 Now thousands of images of generations of Scottish workers who made their living from the sea have been gathered online by the Scottish Fisheries Museum.

For the first time, the museum’s vast collection of photographs have been digitised and catalogued, allowing anyone to delve into its rich history.

The collection, recognised as a resource of national significance, provides a unique insight into how technological advancements have left old working practices behind.

Elsewhere, the images show the continuity and civic pride that is felt in seaside communities across the country.

One happy image shows a parade float from the 1934 edition of the Ansta Fair, the historic market day celebrations which remain a part of life in the East Neuk town.

There are also a host of pictures which depict ordinary family life at home. One image shows the Robertson family from Buckhaven sitting outside their house in 1910, dutifully baiting lines.

Other photographs capture the industries which sprang up to support fishing crews, such as net factories, and fish box manufacturers.

In all, the new online resource is home to more than 16,000 images, with photographs from the rest of the UK and the wider world, as well as Scotland.

Linda Fitzpatrick, curator of the museum, said: “This is something the museum has been working towards for a long time and will be an incredible resource.

“It is also an opportunity for members of the fishing community to join in and to share their knowledge.”

Until the creation of the database, the treasure trove of photographs was only accessible by visiting the museum in person and browsing either the index books, or the digital files which were stored on a hard drive.

Around half of the collection had been digitised, and a further 8,000 were scanned in 2020 thanks to a grant from the National Lottery Heritage Fund.

The move online, the museum states, will help to “bring the collection to a wider audience from all over the world”.

The creation of the database was funded by the Museum Association’s digital innovation and engagement fund, which was launched in response to the pandemic so as to help museums across the UK kick-start and scale up innovations.

Out of more than a hundred applicants to the fund, the Scottish Fisheries Museum was one of only 14 to be successful. It received funding of £33,000 towards the project.

Staff at the museum, based in Anstruther, worked with the digital asset management firm, iBase, using their software template to design a product specifically for its needs.

Nearly 5,000 images are viewable on the database to date, with the other pictures still to be catalogued.