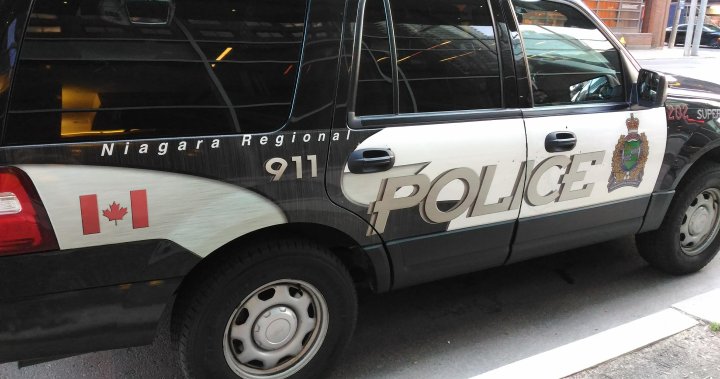 Niagara Regional Police are seeking a man and a woman that they say were involved in a July stabbing at St. Catharines bus shelter.

Investigators say the pair got into an argument with another man on July 19 at the bus terminal on Carlisle Street.

The victim would later be sent to hospital with a serious injury after he endured a knife wound during a physical altercation.

The two suspects fled the scene.

Police have since retrieved security camera images of the two people being sought.

Detectives say the woman is in her 20s with a thin build and standing about five feet five inches. She has brown hair with red highlights and a visible tattoo on her right calf.

The man involved has a thin build and is about six feet tall. He wore a bright red Chicago Bulls baseball cap backwards, a red bandana and white sunglasses.

Anyone with information can reach out to Niagara police or leave an anonymous tip with Crime Stoppers.