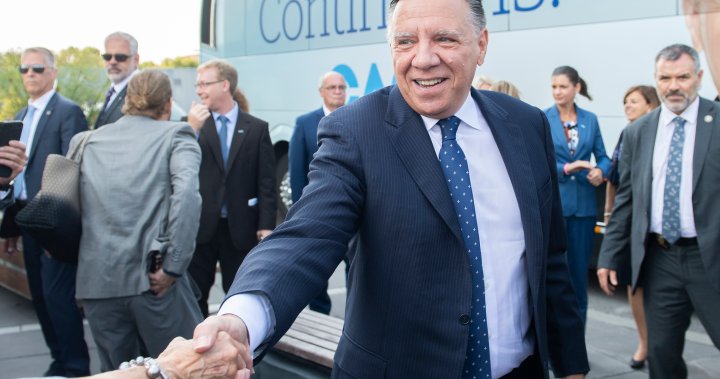 Coalition Avenir Québec (CAQ) Leader François Legault will be campaigning in the Centre-du-Quebec region one day after his party released its costed platform.

The incumbent premier is scheduled to hold a rally with supporters Sunday afternoon in the Drummond–Bois-Francs riding, where his party received more than 50 per cent of the vote in 2018.

Liberal Leader Dominique Anglade is scheduled to hold a news conference at the Montmorency Metro station in Laval, Montreal’s largest suburb, before heading to a block party.

The visit to Laval, once a Liberal stronghold, comes one day after a Leger poll suggested the party is at risk of losing seats in the city, as well as in Montreal, to the CAQ and Québec solidaire.

Québec solidaire spokesman Gabriel Nadeau-Dubois will be in Saguenay, Que., 200 kilometres north of Quebec City, to announce his key platform plank for rural areas in the province.

He will then head to Chibougamau, Que., almost 400 kilometres northwest of Saguenay, for a public event.