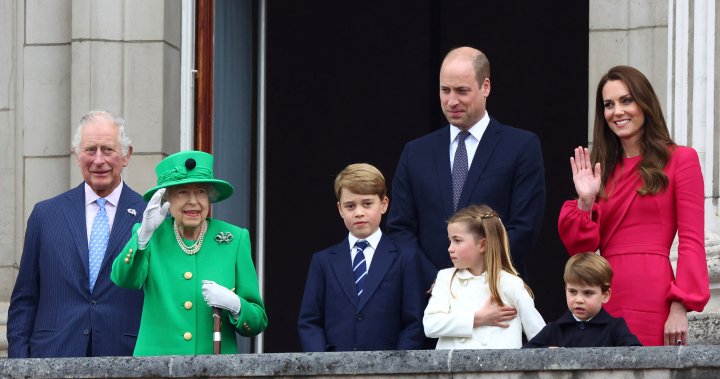 With her son, King Charles III, coming to the throne, what will the new monarch and the end of an era mean for the future of Canada’s constitutional monarchy?

Questions about the future of the monarchy globally have been popping up for years, fluctuating as the Royal Family has confronted challenges – from the tragic death of Princess Diana to concerns about how “the firm” handled racist hate targeting Meghan, the Duchess of Sussex.

But in Canada, the future role of the Royal Family has faced particular questions following the national reckoning over the discovery of unmarked burial sites at former residential schools, and the central role of colonialism by the British Crown in the systemic racism perpetrated against Indigenous Peoples.

At the same time, the chaos that gripped the U.S. republican system during the Trump presidency also raised questions about whether a similar style of government would be of interest to Canadians.

What is certain, however, is that any kind of change to the role of the monarchy in Canada would be exceptionally difficult because it forms the structural and legal basis underpinning the government.

Canada’s institutions are centred around the role and powers of the monarchy.

When it comes to the military, it is the governor general — not the prime minister or minister of defence — who is commander-in-chief of the Canadian Forces in right of the monarch, whereas in the U.S. that power is vested in the president. In court, it is Crown prosecutors — not U.S.-style attorneys — who prosecute crimes and it is in the name of the Crown through which judgements are formally issued.

The Crown functions as the source from which virtually all official power in this country derives, so the legal bars to change any of that are high.

Section 41 of the Constitution lays out those criteria, which are that any constitutional changes to the office of the queen or either the governor general or provincial lieutenants general would require unanimous consent from the House of Commons, the Senate, and each provincial legislature.

So while eliminating the monarchy is legally possible, politically it would prove immensely difficult barring a massive shift in the views of the monarchy by the public as well as their elected — and non-elected — parliamentarians.

In reality, support for the monarchy ranges across the country, which could mean any attempt to ditch the monarchy faces an uphill battle in coordinating public support.

What does the polling tell us?

While Canada, like many Commonwealth countries, is no stranger to talks about the future of the monarchy, there has been no substantial, organized push to eliminate the monarchy.

Support ebbs and flows, and did hit a historic low early in 2021 after Meghan, Duchess of Sussex, levied explosive allegations of racism against the Royal Family in a tell-all interview with Oprah following a fractious exit with her husband, Prince Harry, from their roles as senior working royals.

Polling by Ipsos for Global News since 2016 has tracked a steadily increasing number of Canadians who say they would support ending the monarchy.

In that March 2021 polling, 66 per cent of Canadians said the royals should have no formal role in Canada, with six in 10 saying the relationship between the monarchy and Canada should end when Queen Elizabeth II dies — highlighting a stark lack of support for then-Prince Charles and Camilla, Duchess of Cornwall.

The polling suggests that Queen Elizabeth II had a largely positive relationship with Canada, lacking any formal threats to the monarchy’s role. However, that may not be the case for her successors.

Her son, now King Charles III, has historically lacked strong public support among Canadians — in a March 2021 Research Co. poll, only 22 per cent of Canadians preferred him becoming king after Queen Elizabeth II’s death, while 35 per cent wanted to see his son, Prince William, become king instead.

READ MORE: The ways the Royal Family has changed in the last 100 years

That number was even stronger among monarchists, with 47 per cent favouring Prince William to his father, who stood at 39 per cent support. Charles, who was prince at the time, and his wife Camilla had also lagged the younger royals significantly when it comes to favourability ratings.

Then-Prince Charles stood at 41 per cent with Camilla at 30 per cent last year, compared with 67 per cent who view Prince William favourably and 64 per cent for Catherine, Duchess of Cambridge.

What do Canadian leaders say?

Prime Minister Justin Trudeau was asked in March 2021 about the idea of scrapping the monarchy, and said that he would not be engaging in those conversations and that his focus was on getting the country through the coronavirus pandemic.

READ MORE: Abolishing the monarchy in Canada would be ‘enormously difficult,’ experts say

NDP Leader Jagmeet Singh has said he doesn’t see any value for the monarchy in Canadians’ lives, while former Conservative leader Erin O’Toole supported the monarchy and tweeted out “God Save the Queen” on Queen Elizabeth II’s coronation day in June 2020.

The party has not yet voted to elect a new leader.

For now, questions and debate about the role of the monarchy will likely continue.

But there’s no indication yet that Canadians and elected officials are prepared to reopen the constitution to do anything about those concerns.