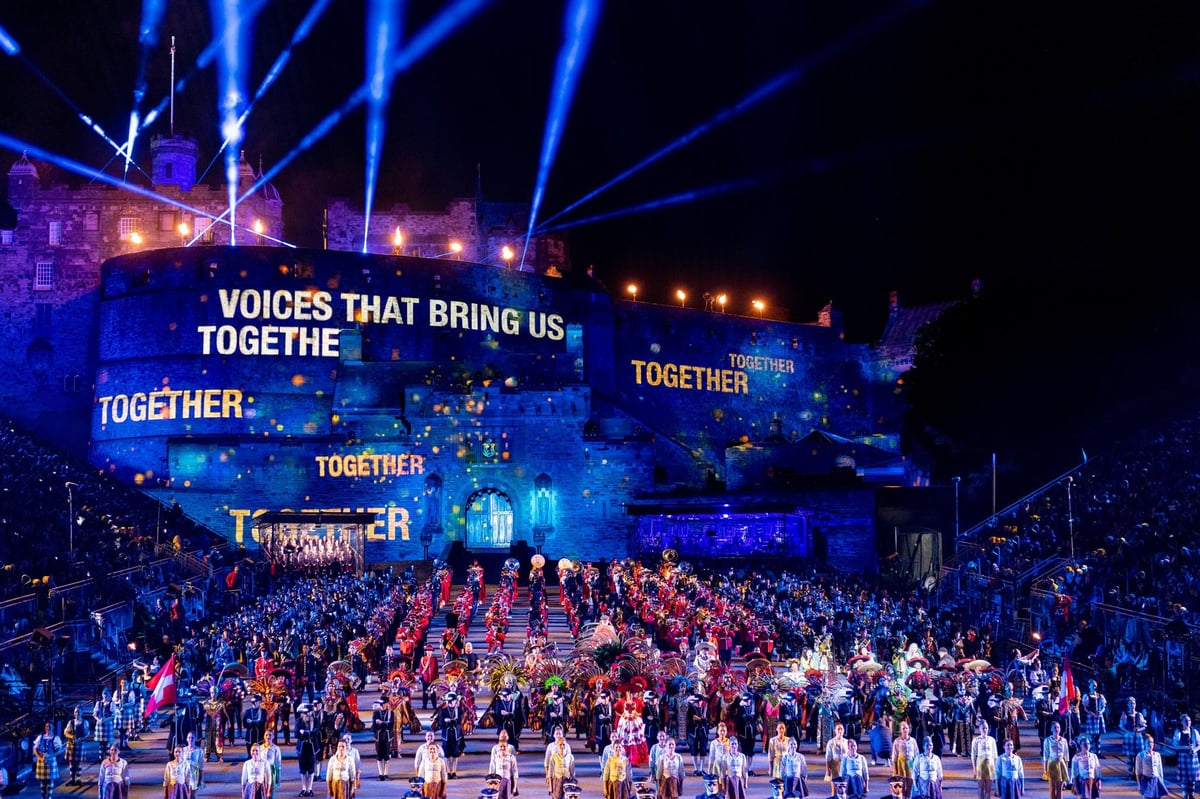 Performers from Mexico, the United States, Switzerland, Germany, Canada, Australia, New Zealand and across the UK are starring in this year’s Royal Edinburgh Military Tattoo.

A capacity crowd of 8800 packed into the castle esplanade arena for the first performance of the event for three years were treated to renditions of the Williams it Let Me Entertain You, Rocky Horror crowd-pleaser Time Warp and and Rather Be, Clean Bandit’s hit with Jess Glynne.

Traditional elements such as the massed pipes and drums, the lone piper and Scotland the Brave were combined with spectular sequences set to Gaelic and Hebridean anthems, with tracks by the late Celtic musician Martyn Bennett and festival favourites Skipinnish taking centre stage in the finale of the 90-minute show.

Dramatic new special affects transformed the historic fortress and the esplanade for a Day of the Dead sequence staged by Mexican performers, a nightclub-style “electro pipes” sequence complete with fire and lasers, and dazzling precision drumming displays.

Versions of The White Stripes’ Seven Nation Army anthem, Dua Lipa’s hit Don’t Start Now and the Tom Jones classic Delilah were also unveiled at the official curtain-raiser for the event, which has been revamped by the Tattoo’s first creative director, New Zealander Michael Braithwaite.

Writing in the official programme, Mr Braithwaite said: “This year’s show offers an exhilarating array of tradition and innovation.

“From the breathtaking power of the massed pipes and drums, and our military performers, the colour and spectacle of our cultural groups, to the excitement and energy of our singers and dancers, Voices is both the Tattoo you know and love, and a bold new step into the future.

“Putting together a production on the scale of the Tattoo is is a huge task at the best of time. In this time of global pandemic the challenge has been 10-fold.

“Despite this I have been struck by the ability of people throughout the world to remain connected in a time of enforced separation.

“Voices is a celebrtion of the human power of connection. With music, song, dance, images, sound and light, these voices have reached out across the globe.”