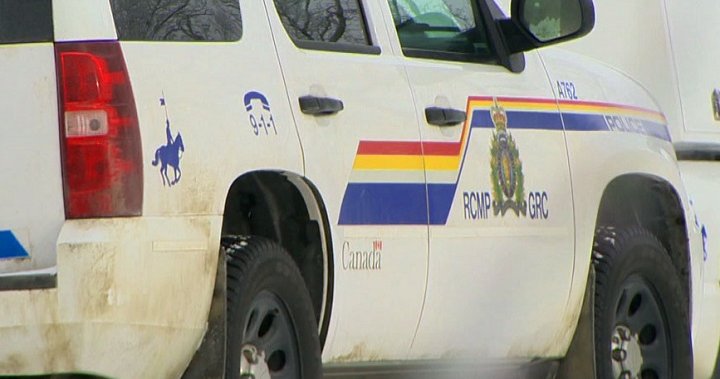 One man has died and four other people were injured in a collision between an SUV and a pickup truck in southern Alberta on Saturday.

Vulcan RCMP said its officers along with fire services personnel attended the two-vehicle collision which happened at the intersection of Highway 23 and Highway 529 on July 16 at around 5:25 p.m.

A 55-year-old man, who was the only occupant of the truck, was pronounced dead on scene.

The 34-year-old driver of the SUV, along with two young children who were travelling in the back seat, were taken to Calgary hospitals, officials said.

A third passenger, a 33-year-old woman, was airlifted to hospital by STARS. Police said her condition was not known as of Monday night.

The collision caused a road closure that lasted for several hours while the RCMP collision reconstructionist was on scene.

Officers are asking for witnesses or anyone with dashcam footage leading up to the incident to contact the Vulcan RCMP detachment at 403-485-2266, anonymously through Crime Stoppers at 1-800-222-8477 or online at www.P3Tips.com.