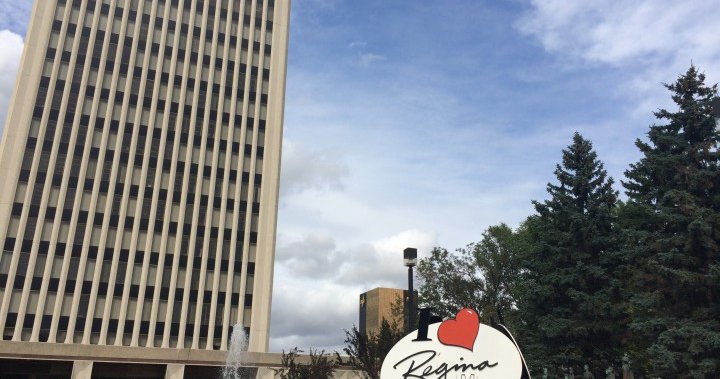 The City of Regina has confirmed the integrity commissioner has received a formal complaint on July 15.

However, they could not confirm the complaint was filed against Coun. Terina Shaw.

The formal complaint against Coun. Shaw was also filed on July 15.

A number of Regina residents have filed complaints against Shaw, due to alleged racist comments she made at prior city meetings relating to homelessness, most notably on June 15, when Shaw claimed there will be Indigenous people who would always prefer to be homeless.

City council is expected to consider and respond to the investigation from the integrity commissioner within 90 days, after it is provided to the executive committee in-camera.

The integrity commissioner will have until Oct. 13 to file his report, which will mean, at the latest, city council will have to discuss the complaint by Jan. 11, 2023.

Amber Ackerman, the city clerk, said the integrity commissioner will investigate the complaint to see if it violates the Code of Ethics bylaw.

“Possible sanctions may include reprimand, requiring that the member apologize to those impacted, require educational training, removing the member of council from committees or other bodies, or dismissing the member from a position of chairs person of a council committee,” Ackerman said Tuesday.

The city clerk also noted that city council is not permitted to remove a councillor member from office.

In a press release Tuesday, a number of members from the FSIN, RT/SIS and the FHQTC responded to an apology issued by Regina mayor Sandra Masters and addressed the issue moving forward.

“On June 29, 2022, Mayor Masters attended a FHQTC Chiefs’ Forum and apologized directly to the Tribal Chief and the Chiefs of the eleven Nations on behalf of the City and the Council for the remarks made by Councilor Shaw,” the press release read.

“Later that same day, she apologized again on behalf of the City and the Council at a duly convened City Council meeting regarding those same remarks. It was also relayed to the FHQTC Chiefs by Mayor Masters, that upon inquiry to the City Clerk’s office, she has little authority to correct the conduct of city councilors.”

Erica Beaudin, the executive director of RT/SIS said she appreciates the mutually respectful and beneficial relationship  that RT/SIS and the Regina city council have built, but also was critical of the actions of Shaw.

“I will be submitting a formal complaint regarding Shaw’s June 15, 2022 remarks as well as other instances where racialized comments were made about Indigenous peoples in my presence,” Beaudin said.

“The complaints will be submitted to the integrity commissioner for the City of Regina for what I feel are Coun. Shaw’s breaches of her Code of Conduct as well as the Saskatchewan Provincial Ombudsman due to their ability to investigate complaints beyond the scope of municipal bylaws of which Coun. Shaw is currently receiving some protection with.”

Tribal Chief Jeremy Fourhorns also commented on the issue, stating, ““We feel it is unfortunate what Coun. Shaw has shown by her words and actions over the past few months regarding Indigenous people, businesses, and issues that she is obviously not serious or committed to our working partnership with the City of Regina anywhere near as much as her city council colleagues are.”