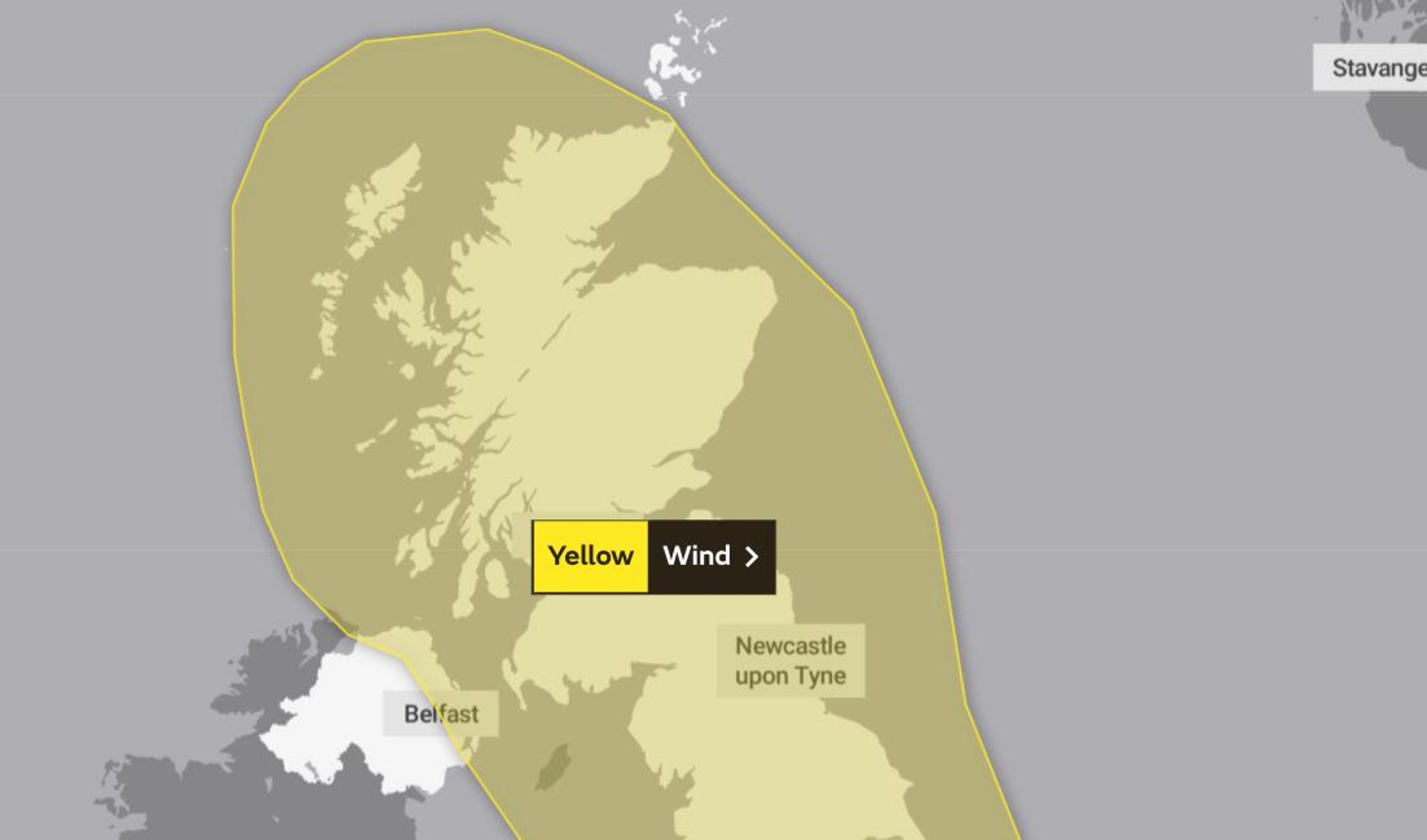 Scotland and northern England will be hit by Storm Corrie.

The intense area of low pressure will move eastwards across Scotland throughout the day, continuing across the North Sea in the early hours of Monday.

The Met office says Corrie will bring gusts of 70-80mph, potentially even up to 90mph in exposed coastal locations and mountainous areas of Scotland, in the late afternoon and into Sunday evening.

The i newsletter cut through the noise

Inland gusts could reach 60-70mph, the highest winds are expected over the northern half of Scotland, north of the Central Belt.

A Yellow severe weather warning for wind is in force.

Storm Corrie follows a separate area of low pressure, named Storm Malik by the Danish Meteorological Institute, that is bringing strong winds across the northern half of the UK through Saturday. Warnings are also in force for this storm.

“Storm Corrie will bring gusts of up to 90mph in exposed coastal locations in northern Scotland, with 70-80mph gusts more widely in the north. With back-to-back storms there could be updates to severe weather warnings, so keep an eye on the Met Office forecast.”

As Storm Corrie clears to the east on Monday, the UK’s weather will remain blustery through the start of the week with occasional spells of rain especially in the North West.