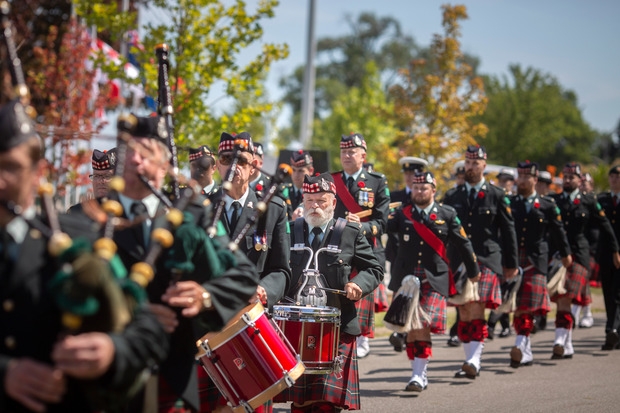 Over the years, I have found that no single Canadian engagement from the Second World War, with the possible exception of the Normandy landings, has received more commemorative attention and coverage than the colossal  Canadian military disaster at Dieppe.

This ill-fated, badly-planned, intelligence-lacking attempt at pre-maturely opening a second front in France happened 80 years ago on Aug. 19, 1942.

Commemorative celebrations were held, and celebratory pilgrimages made to the coastal town where Canadians landed and were subsequently slaughtered, taken prisoner, or fled back across the Channel. There were even special postcards issued honouring this epic Canadian military cataclysm.

It appears that when it comes to remembering Canada’s involvement in the Second World War, we have chosen to elevate, propagate, and hyper fixate on our one absolutely catastrophic defeat in Europe. Today, Dieppe truly seems to stand above public commemorations of other Second World War battles and campaigns which Canada fought and won. Why?

Over the last few decades, one would be hard-pressed to come across equivalent national commemorations in Canada for battles fought and won such as Adrano, The Moro, Ortona and the Gothic Line fought in Italy in 1943-44. Or Falaise, fought in France in the aftermath of Normandy. Ever heard of Canada’s involvement in the capture of the German town of Xanten in March 1945? It happened!

Then there was the painful and costly Liberation of the Netherlands comprising battles such as Apeldoorn, Groningen, Delfzijl, Zutphen, and others collectively resulting in the deaths of more than 7,600 Canadians, far more than the 916 Canadians killed at Dieppe.

Feel free to absolve yourself if you never heard of the successful Canadian battles I just listed above.

Outside of the veteran and military history community, these Canadian military successes are really not very prominent in our collective memory. Yet, on the opposite extreme of our selective national ignorance are the Dutch, young and old, who have gone where few Canadians today care to go and annually commemorate Canada’s costly sacrifice and contribution to the successful liberation of their country.

They do for us what we largely fail to do for ourselves.

It is certainly a fact that other countries do make it a point to commemorate battle losses during the Second World War. The proper memory of all service members who were killed or wounded should demand no less. But only we Canadians seem to focus our collective national memory of the Second World War on a single catastrophic loss, while largely ignoring its victories. Victories that often came at great cost in terms of dead and wounded.

What does our obsession with our single greatest military tactical meltdown in Europe, treating it almost as a point of pride, say about us as Canadians?

By over-focusing on our one great military failure against Nazi Germany, the symbol of our fight against fascism correspondingly becomes that one fateful day when we truly and utterly failed, militarily, as a nation.

Should it be through the lens of bad planning and helpless slaughter that the sacrifice of the over 44,000 Canadian killed during the entire Second World War be remembered? Is this how we want future generations to remember our contribution during the conflict; a faltering, hapless military machine that quickly got eaten up by the Germans?

And if we are destined to truly obsess over our military losses, then why are we also largely ignoring Canada’s defeat at Hong Cong in 1941?

The history textbooks I was made to use as a teacher were certainly chock-full of accurate detailed accounts of the Japanese-Canadian internment here at home.  However, they contained almost nothing on the Japanese military attack, or on the heroic defensive efforts on the part of the inexperienced Canadians.

Also largely absent is the  inhumane treatment of the mostly white male Canadian POWs  who, after our defeat at Hong Kong, were subject to appalling starvation and slave labour conditions under the Japanese. Is there an inconsolable contradiction to Canada’s multicultural toting self-image that also disqualifies the Battle of Hong Kong from our collective national memory?

Meanwhile, Dieppe might actually be what most Canadians, largely ignorant of all matters military, want to hear when it comes to us joining in the fight to save democracy.

Politically and ideologically, the memory of Dieppe is the perfect anti-nationalist historical wet-dream for a country that no longer maintains any real pride in its military.

A country whose Liberal and NDP leaders try to emphasize myths of Canada as a “peacekeeping nation” while shunning the notion of Canadians actually standing up, in any meaningful military way, for the values we claim to share with other democratic nations.

— Robert Smol is a retired teacher and military veteran who served in the Canadian Armed Forces for more than 20 years. He is currently working as a paralegal and security professional while completing a PhD in military history. He can be reached at rmsmol@gmail.com