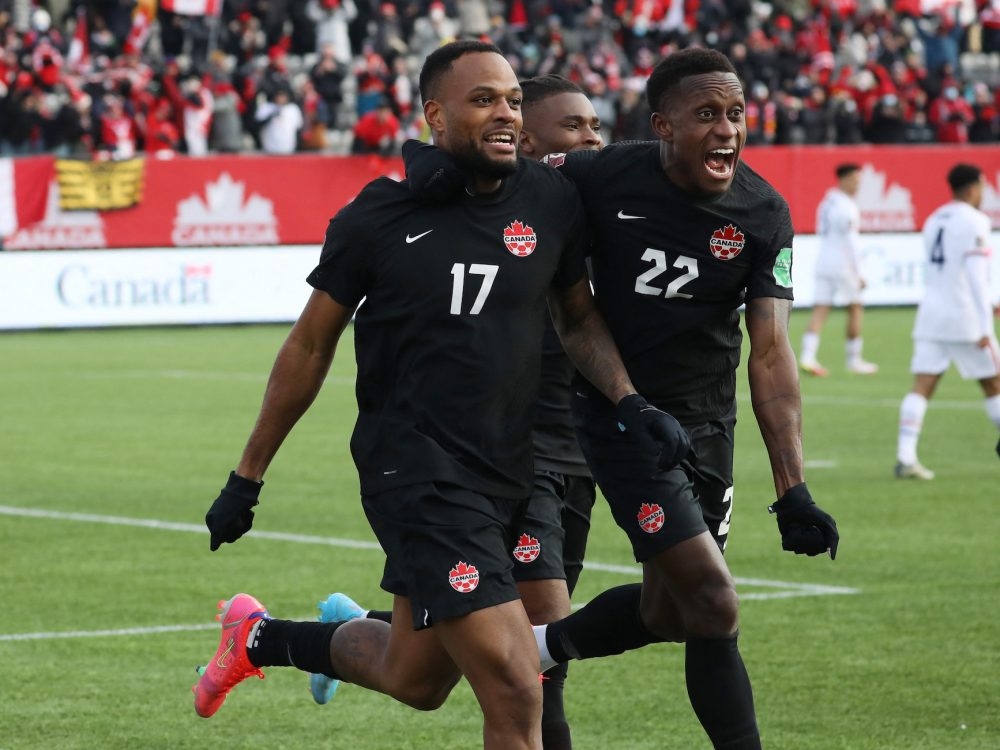 A golden generation of talent and an attitude adjustment has the Canadian men’s national soccer team on the cusp of qualifying for the 2022 FIFA World Cup in Qatar.

With three games left in the final round of Concacaf qualifying, Canada needs just a point to clinch a spot in a men’s World Cup for the first time since its only appearance in 1986 in Mexico.

Yet, heading off to face Costa Rica on Thursday, Canada is not playing for the draw, it is approaching the game as it has throughout the entire qualifying journey — in it to win.

“I think you have to give a lot of kudos to (head coach) John (Herdman) for changing the mentality of the group,” Canada midfielder Mark-Anthony Kaye said on Monday. “He always knew that it was within us to be a team like that and it was just a matter of bringing it to the surface.

“Obviously, we go into every game wanting to win and we realize that we needed to continue setting high standards on ourselves whenever we’re in (national team) camp. I think it’s a good approach to each game. If you’re trying to win, it puts you on the front foot and it makes you more aggressive in the way you want to play, and overall, it’s better when you’re trying to win.”

In past qualification tournaments, Canada did not have the talent to try and keep up with Central American teams, particularly when playing in hostile environments on the road, and would go into game looking to hold on.

This time around, however, Canada has taken the game to their opponents regardless of the venue, coming close to a massive upset in Mexico and in the United States, and winning both in El Salvador and Honduras.

After 11 games, Canada has 25 points, four up on both the United States and Mexico, eight on Panama and nine on Costa Rica.

The top three teams after the 14-game home-and-away tournament, qualify automatically for Qatar, while the fourth-place team moves on to a continental playoff with a team from the Oceania region for an extra berth into the 32-team tournament taking place in November.

A win in Costa Rica would be a fitting way for Canada to officially book its spot in Qatar and into the World Cup draw on April 1 in Doha.

Canada is the only undefeated team through the final round of Concacaf qualifying and will host Jamaica at BMO Field on Sunday and then conclude with a road game in Panama the following Wednesday.

“People can get ahead of themselves and I think people coming in here into this camp realized that the job has not been done,” Fraser said. “We have to go into all these three games with the mentality that we have to win and we want to go through this entire window and this entire campaign undefeated.

“The guys have been working hard and the attitude going into this final stretch is about us completing this mission and crossing the line.”

When Herdman first took over the men’s national team after a successful tenure with the women’s team — winning back-to-back Olympic bronze medals — he set a high bar on what he believed they could accomplish.

Herdman put together most talented men’s national team in Canadian history, and then convinced the squad they could be the best team in the region.

“I think we have the individual players, and furthermore, we have the collective mindset and synergy that allows us to go out and beat any team on our day,” Fraser said. “I think the level we’ve gotten to under John has really shown us and shown everyone, how much of a top team we are. So, we’re going to continue that and we’re going to continue to get better, and hopefully, that leads us to where we want to go.”

It has been a long journey for Canada as the qualifying process started a year ago, forced to play two preliminary rounds in order to qualify for the final group stage. Through that time, the team has developed a tight bond, which can be sensed on the field.

Herdman and his staff deserve a lot of credit for getting the most out of the team and persuading individual players to set a very high bar when playing for their country.

“When John came in, it was very clear he had a plan on how he saw us moving forward,” Kaye said. “It was different for us at that time. I think in that moment, we didn’t know exactly where we were going to go. I think if anyone tells you that they knew we would be where we are today, it’s probably a lie.

“It was just so new and it was going to take time for him to implement his ideas and the culture he wanted and tactics, but over the course of that beginning, to now, we’ve all bought in and it’s paid off.”