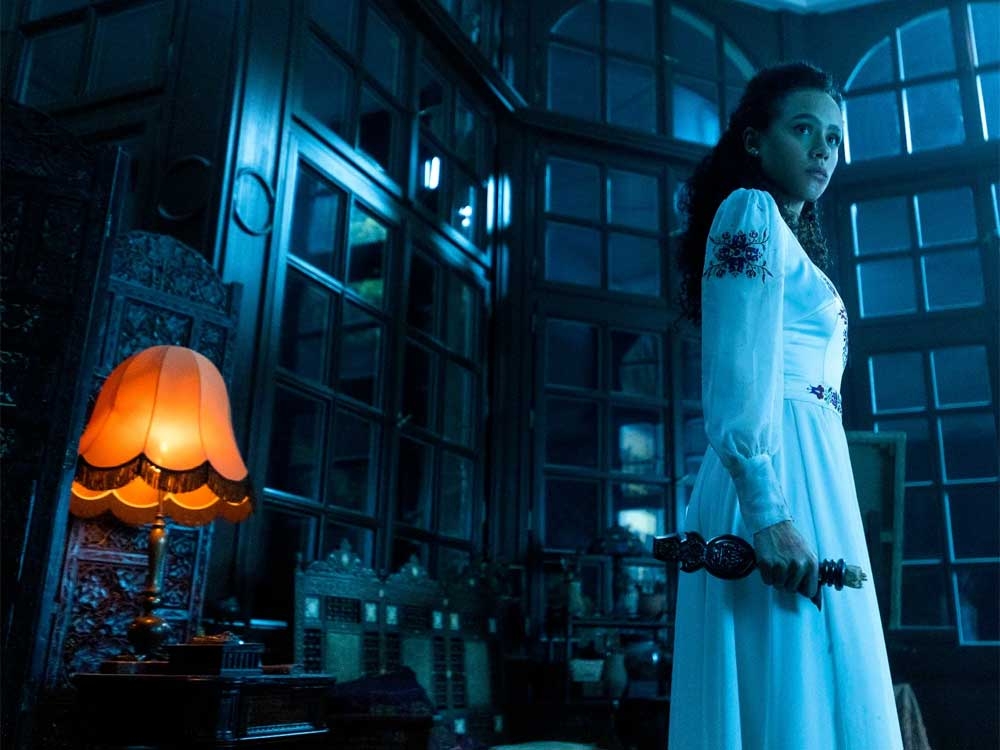 LOS ANGELES — If three new movies debut in theatres, but nobody goes to see them…

That is how Sony’s creepy thriller “The Invitation” managed to top box office charts with a paltry $7 million. Its win comes with some pretty weak bragging rights; it’s the lowest first-place finish since May 2021, when COVID was keeping people at home.

Now, it’s not the pandemic that’s preventing audiences from going to theatres, it’s the lack of appealing options. Overall, the domestic box office generated just $54 million over the weekend, the worst collective result in months.

And the bad times are expected to continue until at least late September or early October, when “Don’t Worry Darling” (Sept. 23), “Halloween Ends” (Oct. 14) and the comic book adaptation “Black Adam” (Oct. 21) open in theatres. It’s a disappointing finale to an otherwise strong summer at the movies, which fielded plenty of box office hits including “Top Gun: Maverick,” “Minions: The Rise of Gru,” “Thor: Love and Thunder” and “Elvis.”

“The Invitation” cost $10 million to produce, so it won’t take a ton of coinage to turn a profit. But negative reviews and its pesky “C” CinemaScore likely won’t be helpful in convincing people to go to theatres for “The Invitation.” Directed by Jessica M. Thompson, the story follows Evie (Nathalie Emmanuel of “Game of Thrones” fame) who is invited to her long-lost family’s home in the English countryside, where she discovers sinister secrets.

“Original horror movies do not play particularly well overseas, but in this case the primarily British cast should help,” David A. Gross, who runs the movie consulting firm Franchise Entertainment Research, says of “The Invitation.”

Despite positive reviews, “Three Thousand Years of Longing,” which co-stars Idris Elba and Tilda Swinton as a scholar who encounters a Djinn that grants her three wishes, cratered in its debut with $2.87 million from 2,436 locations. It’s a terrible result for a movie that’s playing in thousands of theatres across the country.

Given its $60 million production budget, MGM and United Artists Releasing’s “Three Thousand Years of Longing” is shaping up to be one of the year’s biggest bombs. Unless Miller, the acclaimed filmmaker behind “Mad Max,” finds a genie to grant wishes, the movie is unlikely to claw its way out of the red.

“This is a weak opening for an original adventure movie. At a cost of approximately $60 million, ‘Three Thousand Years’ will finish in the red, even with good ancillary distribution,” predicts Gross. “Not all movies come together as planned — this one did not come together.”

It’s even bleaker for “Breaking,” a tense drama about a hostage situation, which did not crack the top 10 in its box office debut. In 13th place, the Bleecker Street film scraped together $1.022 million from 902 theatres.

“Bullet Train” nabbed second place with $5.6 million from 3,513 locations. After a month on the big screen, the Brad Pitt-led caper has generated $78 million to date.

Universal’s survival thriller “Beast,” also starring Elba, claimed the No. 3 spot with $4.9 million. The film has grossed $20 million to date.

In fourth place, “Top Gun: Maverick” collected $4.75 million from 2,962 locations in its 14th weekend of release. It’s a testament to the endurance of Tom Cruise’s blockbuster sequel (or it’s a sign that truly nothing is playing in theatres) that “Top Gun: Maverick” is still selling tickets even though it’s available on home entertainment. With $691.2 million in North America, the action flick is only $9 million away from knocking down “Black Panther” ($700 million) as the fifth-highest grossing movie in domestic box office history.

“Dragon Ball Super: Super Hero,” which topped the box office last weekend, suffered a steep 78% decline and tumbled to the No. 5 slot with $4.45 million from 3,100 locations. So far, the anime film has generated $30 million in North America.