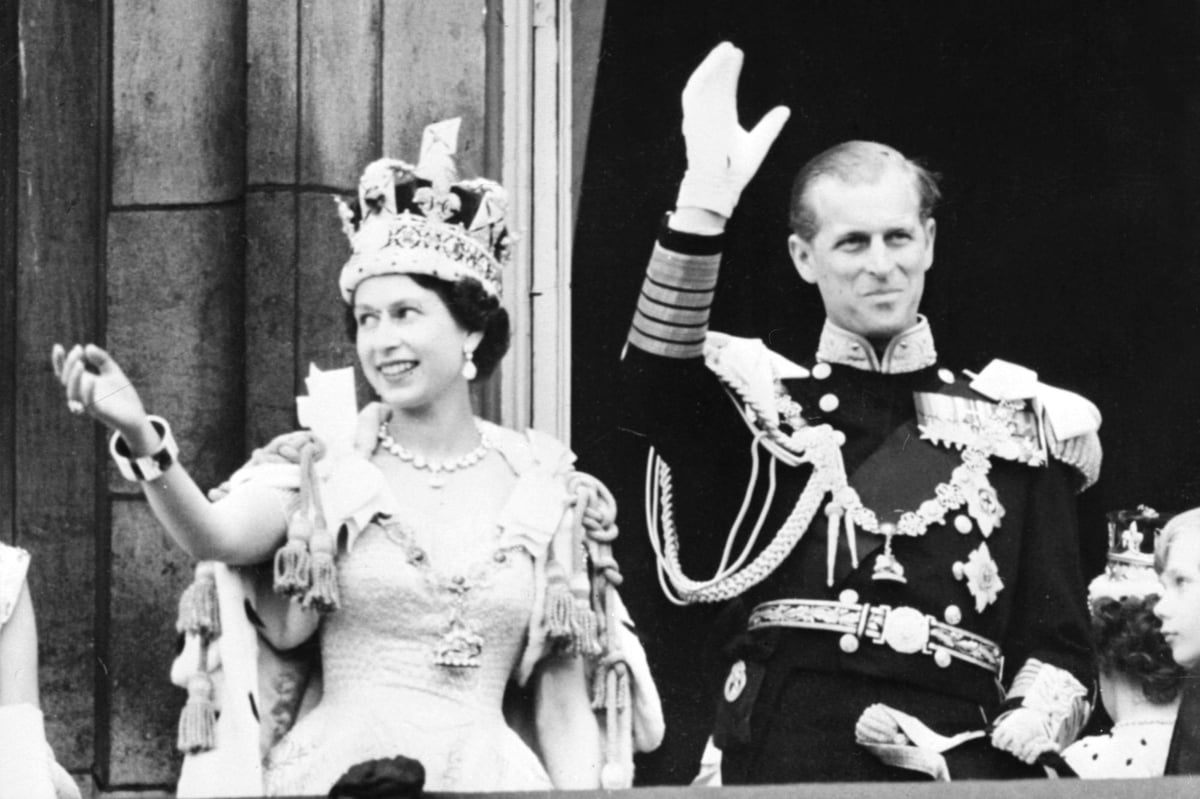 It was high stakes. Parliament not necessarily at its best as the to and fro of solutions and ideology were batted back and forth across the floor following the Prime Minister setting out her plans for the country.

Yet against the booming arguments, whispered speculation raced along the Commons benches as we waited anxiously for confirmation of the news we feared the front benches might have been given.

The Queen and Prince Philip wave to the crowd following her coronation at Westminster Abbey on 2 June, 1953 (Picure: INTERCONTINENTALE/AFP via Getty Images)

When the Speaker rose to convey the confirmatory announcement from Buckingham Palace, the feeling in the chamber was like nothing I have ever known or could have predicted.

This was a moment that we all in that place, indeed everyone in the country must have known could not be far off and yet somehow it was a shock.

As if somehow, suddenly, there was no possibility she would be with us forever.

The immediate priority was focusing on the resumed debate in an attempt to hold back the tears that were threatening to fall.

But the rest of the day was a haze of speculation, changed plans and simply watching and waiting for what was fast becoming the inevitable.

When it did come, I found I did not think about the constitutional implications, the accession or parliamentary protocols.

That was all to come. My immediate thought was family, both my own and her late majesty’s.

I did not at first realise why.

After all the world was paying tribute to a woman who had remade the monarchy for modern times.

Who had been this country’s constant, and the foundation of society as we know it.

It was recognising the achievements of the then 25-year-old who in 1952 had embarked on a lifetime of duty as sovereign, and whose promises made to serve us then were more than fulfilled now.

So why did my thoughts turn to my family?

Perhaps it was because in encapsulating the nation her late majesty reflected all that we most loved not just about our country but also about each other.

I remember as a young child preparing to see the Queen for the first time. My grandmother, perhaps more excited than I was, explained to me – as best she could to a small child – who the Queen was and what that meant to her.

Of course I don’t remember the detail, but I do recall that it was very much about the essence of family.

I was told what an important role she, her parents and her sister had played in getting this country through the Second World War.

That their spirit had been crucial and gave people the security they needed to find their own resolve.

It was an explanation I accepted without question or probably much understanding.

It was not until many years later that I began to see clearly what my gran had meant and understood clearly during the pandemic.

When we were at the darkest moment in our recent history it was the Queen’s intervention which brought reassurance and hope. In the empathy of her television address she offered a common purpose and unity which would have been – and perhaps was – beyond any political leader.

And maybe that was the key to why her late majesty held such a special place in so many hearts.

We saw and heard from her whenever we needed comfort, and as a result saw in her everything that we hoped we could be.

In her love of family we recognised our own.

She shared our common memories and provided a link to those times past which others we loved, and have lost, had endured.

In parliament on Friday and Saturday we gathered to pay tribute and share memories of our now late monarch, with tears of course but also laughter and happy memories.

There were reminiscences from Prime Ministers past and present about private moments shared.

And reminders of the public expressions of her late majesty’s sense of humour when she ‘parachuted’ into the 2012 Olympics, or shared marmalade sandwiches with Paddington Bear for the recent jubilee.

But most of all there was a feeling of gratitude for the service of the only monarch that most of us have known, and a recognition that an era has ended.

An ending, two days after the installing of a new Prime Minister, which brought a feeling displacement, of unease. Everything was now slightly out of focus in such already difficult and unsettling times.

The comfort blanket she provided to the nation had been pulled away.

In that announcement on Thursday evening I had been struck that without missing a beat we had moved to talking of our now king.

I had left parliament on Thursday and walked down Whitehall past flags at half mast, taxis gathering in the Mall to pay tribute and members of the public heading for Buckingham Palace to pay their respects.

In that walk I realised that life for our country may have changed forever but that the transformation will be seamless. As she would have wanted.

I arrived at my destination and sat down to dine with colleagues who had gathered to share the moment.

And we began with a toast. To the King.