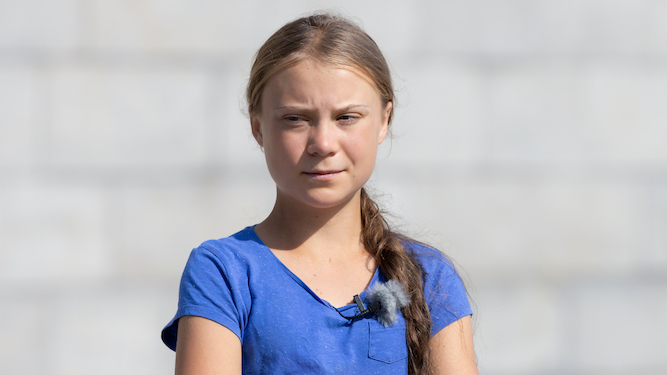 THE people of Britain are blaming the heatwave on Greta Thunberg because she told them it would happen.

With temperatures set to hit 40 degrees, the nation’s ire has turned to the diminutive Swedish teen who single-handedly brought the heatwave about by predicting it.

Julian Cook of Highgate said: “So she’s come out, said it’s going to happen, and now it has suddenly she’s busy at school up where it’s cool and Nordic? Bunking off her responsibilities once again?

“It’s all very well giving impassioned speeches about the fiery catastrophe the planet is hurtling towards, but now she’s left us clearing up her mess. When historians look back on this time they’ll take a very dim view of her.”

Sales assistant Charlotte Phelps said: “Swanning around on racing yachts alerting people to the very real and deadly side effects of climate change was irritating then. But it seems bloody irresponsible now.

“Anything she does now will be too little too late. She had her chance to save the world and she f**ked it. Didn’t anyone tell her there’s no planet B? Nice one, Greta. I hope you’re proud.”