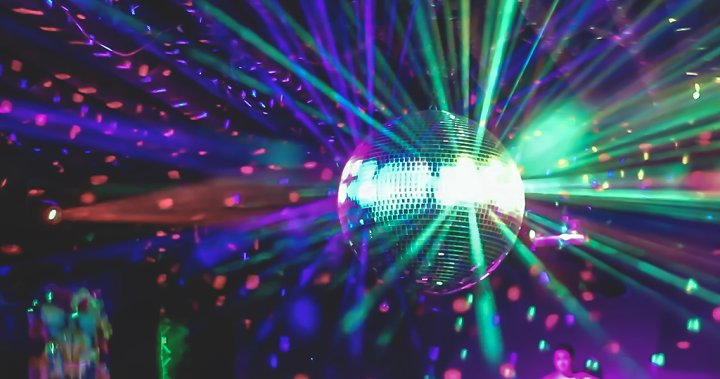 When it comes to the term “pop music,” most people will think of the kind of songs played on Top 40 radio. That’s not incorrect, but it doesn’t take the definition far enough.

“Pop,” in case it’s not obvious — and it might not be — is short for “popular,” songs designed to sell and to appeal to the greatest number of people possible. And while music has been around for millennia, the idea of pop music is quite a recent invention.

Something is wrong with music today, Alan Cross says. It just may not be very good.

Bob Stanley, an English music writer, former DJ, and one-time member of the band Saint Etienne, has written a terrific book on the subject called Let’s Do It, The Birth of Pop Music: A History. Starting in the late 1800s, Stanley carefully guides the reader through how music for the masses rose out of the vaudeville circuit in North America and the music halls of the U.K. to dominate so much of modern culture.

The hardcover runs 636 pages, including an extensive index, and takes us to the rise of The Beatles and the modern era of pop music. The story is loaded with tidbits like these.

The industrial revolution led to mass production of many things, bringing down prices of items and making them available to a wide range of people. Pianos, for example, went from being expensive handcrafted instruments to something almost any family could afford. Sales exploded between 1870 and 1910 as tens of thousands of pianos found their way into pubs and living rooms on both sides of the Atlantic. This meant that more people than ever were able to have on-demand music in the comfort of their own homes. Someone had to be there to play it, but the idea of being able to summon music whenever one felt like it was a huge step forward.

Naturally, people needed something to play. This gave birth to professional songwriters who congregated in places like New York’s Tin Pan Alley (West 28th Street between Fifth and Sixth Avenues) and Denmark Street in London. The songwriters provided notations to music publishers, who would then distribute the songs on sheet music to stores. Sheet music was a tremendously lucrative business, thanks to all those new piano owners. A 1905 song by Arthur Collins called The Preacher and the Bear became the first song to sell a million copies on sheet music.

Another interesting fact: Those who didn’t want a piano opted for gadgets that played new-fangled audio recordings on either wax cylinders using the original Phonograph from Thomas Edison or the flat rotating disc if they chose Emile Berliner’s Gramophone. Both Phonograph and Gramophone were once brand names. Even though Berliner’s technology, the Gramophone, eventually won that format war, the word “phonograph” became far more common.

These “talking machines” — a generic term for devices that played back music — were given a major boost with the introduction of the Victrola in 1906. It featured Berliner’s technology housed inside a wooden cabinet so that the entire contraption looked like a piece of fine furniture. Since such objects were part of interior design, traditionally a woman’s responsibility in polite society, women became the first collectors of music. For many families, it was the wife’s job to provide some recorded music when her husband returned home from a hard day’s work. Manufacturers routinely sent out representatives to afternoon teas, society gatherings, and parent-teacher events to promote their talking machines.

Record labels did the same. And because Victrola cabinets had a little shelf for storing records, women started buying more music to fill it. And thus the first record collectors were born.

Stanley connects a few other dots, too. There was a shift in time signatures around 1900 as popular music moved from 2/4 time and 3/4 time to 4/4 time. Martial music was a big deal at the end of the 19th century thanks to marching band stars like John Philip Sousa. Traditionalists were all about waltzes. But with the rise of ragtime, more songs were performed in 4/4 time until it became the dominate time signature, something that continues today.

In 1906, the Bakerloo and Picadilly tube lines opened in London, making it easier for the working class folk from the further-flung regions of the city to travel to Oxford Street where they could sample the culture and music of more moneyed folks. That music then travelled back with them to local music halls, enhancing their popularity. As Irving Berlin, one of the first successful writers of “pop” songs said, “[This music’s] appeal is to the masses, not the classes.”

World War I was important to the development of pop music, too. When America entered the war on April 6, 1917, the U.S. War Industries Board declared that “music is essential to win the war” and even though paper was rationed, it made sure that the music industry was provided as much paper as it needed to crank out millions and millions and millions of songs on sheet music.

Another connection. When, in 1917, the Department of the Navy closed down Storyville, the tolerated red light district of New Orleans (too many sailors had STDs), dozens of Black brothel and bar musicians were thrown out of work. Many of them migrated north, up the Mississippi, settling in places like St. Louis, Chicago, and Indianapolis, spreading a new type of music called “jass” (yes, that’s how “jazz” was spelled in the beginning) to other parts of the country. Jazz would become the driving force in popular music for the next 30 years.

That leads us through the rise of R&B and the eventual birth of rock and roll in the 1950s. There’s also a healthy amount of attention given to Broadway and the role it played in creating music for the masses.

If you’re the kind of music fan who wants to know how we got to the place we’re in today, Let’s Do It will open your eyes — and ears — to a portion of music history that you may not realize existed.

Alan Cross is a broadcaster with Q107 and 102.1 the Edge and a commentator for Global News.