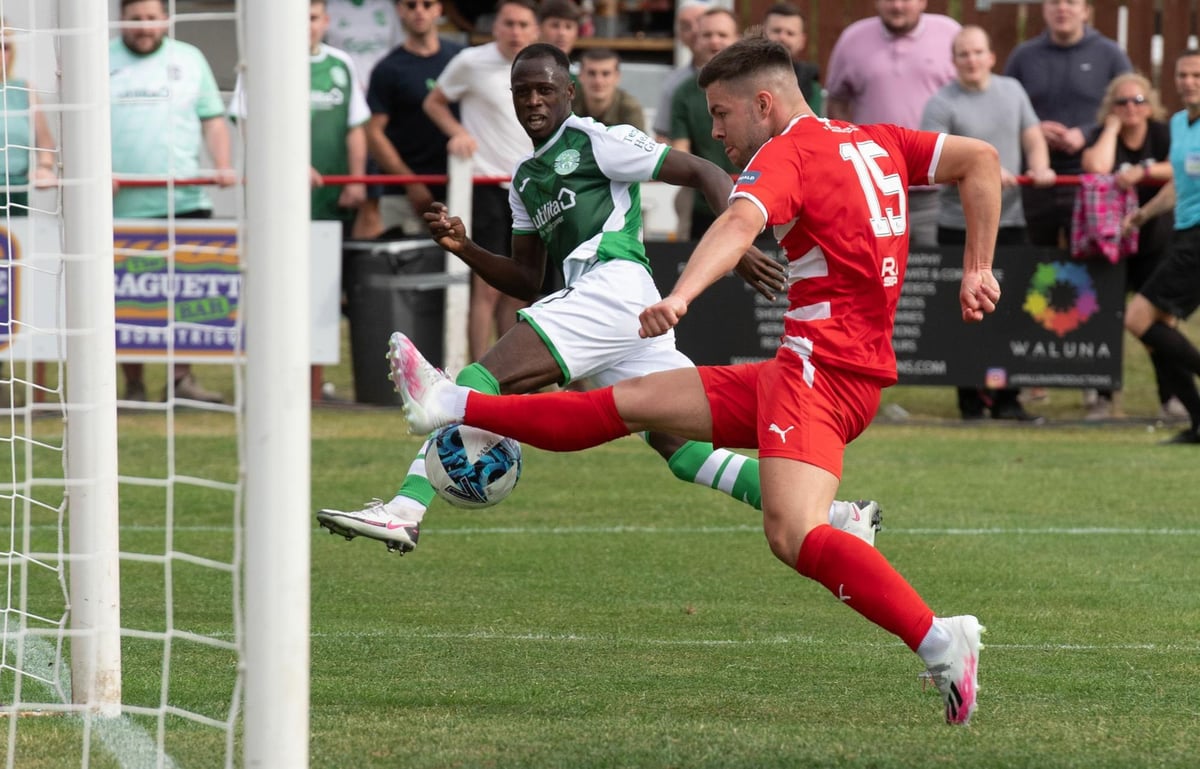 The Easter Road faithful have had to be patient to see that in action with red tape holding up the 21-year-old’s arrival, as well as a lengthy journey to get to Edinburgh.

He trained with his new team-mates for the first time on Friday and was handed his debut a little over 48 hours later as Hibs defeated Bonnyrigg Rose 4-1 in the Premier Sports Cup, a positive response to the defeat to Falkirk earlier in the week.

If the footballing Gods’ smile had been a beaming one, Bojang would have marked his first appearance with a goal.

In the 91st minute he demonstrated that pace, directness and eye for goal by latching on to Ewan Henderson’s perfectly-weighted through pass. Twice he looked like he was set to lose his footing but twice he remained on his feet and showed composure to round Rose goalkeeper Mark Weir only for his goal-bound effort to be cleared off the line by the retreating Josh Grigor.

Not only was it an encouraging sign for the player during his 20-plus minutes on the pitch but also for the fans and Lee Johnson. That ability to stretch defences, run in behind, is perfect for a player like Henderson and the Hibs attack and he showed he is ready to contribute right from the off having kept on top of his shape during a “difficult” period as he waited to fly to Scotland’s capital city.

“I came very close to scoring but I was unlucky but I was just happy to play and make my debut,” Bojang said.

“I feel happy after making my debut, it was not easy but it was good to play.

“It was difficult waiting for all the documents to come through, it was very hard to get them but it’s all done now.

“I was doing some training in Gambia in the morning and afternoon just to keep myself fit, by myself. It’s difficult to train by yourself.”

Bojang may not have heard of Hibs prior to joining or their former Gambian Pa Kujabi but that did not dissuade him from being won over by the “project” at Hibs.

An impressive loan spell could lead to a permanent deal.

“I spoke to [Johnson] about the project for the team and the playing style he has and that’s why I decided to come here,” Bonjang said.

“I had other offers, one from Portugal and another from Sweden. But then I heard about Hibs’ interest through my agent, I saw the facilities and I was desperate to come here.

“The facilities at Hibs were a big factor in going to Hibs and I knew if I went to Hibs it would be easy for me to express myself so that’s what I chose to come, also it is a good league.

“As soon as my agent mentioned Hibs I was interested in coming.”

With Greenock Morton up next on Wednesday, Bojang has another opportunity to impress the Hibs faithful, this time making his Easter Road bow.